“Every player is not Wayne Rooney. But even Wayne Rooney is useless without ten players around him,”

Lenovo India’s product manager Anuj Sharma does let his support for English football club Manchester United, seep into some of his similes. And in this case he was talking of the company’s increasing focus on the ‘affordable’ phone segment in India. Unlike other companies that tend to highlight a mix of affordable, mid-segment and high-end devices, Lenovo in India has almost single mindedly highlighted its affordable phone portfolio in 2015 – the last high-end device we heard the company talk about was the Vibe X2, which was in November 2014. 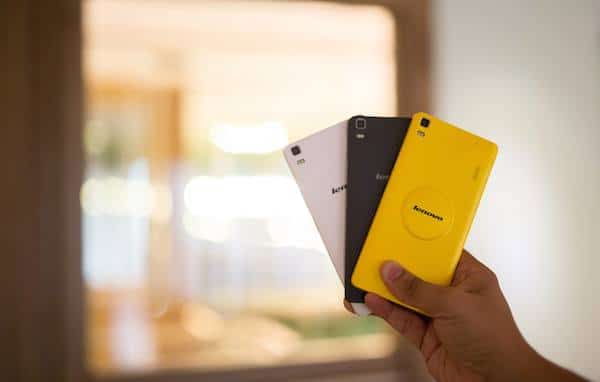 The period since has seen almost all of its rivals, even those known for affordable devices like Micromax, come out with a mix of devices across difference price segments, but Lenovo has doggedly stuck to highlighting its value for money portfolio at the relatively lower end of the market. No, it is not as if the company is not launching mid-segment devices – it has released a few in the Rs 10,000-Rs 17,500 price segment (the Sisly S90 and the P70 are prime examples), but when it comes to events and talking about devices, the company has focused on its relatively low priced, value for money offerings. In fact, the K3 Note which was launched for Rs. 9,999 today is the most expensive of the devices that Lenovo has waxed eloquent about in India this year – the others are the A6000 (Rs 6,999), the A6000 Plus (Rs 7,499) and the A7000 (Rs 8,999).

It certainly is a strategy that works – it enabled Sudhin Mathur, director – Lenovo Smartphones India, to declare at the K3 Note launch that Lenovo was the number one 4G phone brand in India with over 1.1 million phones sold. And all these were online – Flipkart’s spokesperson spoke of the amazing response to the company’s devices. When you consider that the competition online comprised of some very formidable players (Xiaomi, Asus, Huawei, ZTE, and even Microsoft and Samsung of late), those figures are remarkable.

There are many in geekdom (we are a hard to please lot, really) who wonder how a company could pull off such sales with devices that seem relatively unspectacular. Even Lenovo’s events around these devices tend to be understated – there are no jibes at rival companies, seldom any leggy models brandishing the devices, no heavy duty presentations laced with hyperbole, no high profile presenters (Sudhin Mathur believes in being efficient rather than extravagant on stage) …it’s pretty much another day at the office. And while reviews of these devices have been largely positive, they have not attracted the sort of praise that the devices of some of their competitors have. And yet Lenovo phones keep selling steadily.

There are many reasons for this. A big one, of course, is the faith people have in the brand, thanks to its high-profile acquisition of the PC business from IBM. Another is the company’s ability to play the value-for-money card brilliantly. Whether it was the A6000, the A7000, the A6000 Plus or the K3 Note today, Lenovo has generally been first off the blocks in the specs-price equation. And they took a lot of wind out of the sails of the competition by coming out with devices that turned in staggering benchmark scores, even if their real life performances seemed well, more normal.

“They set a certain expectation and level. And because they are seen as an ‘established brand,’ unlike someone like Xiaomi or Coolpad, people trust them and the level of suspicion is low. By the time the others catch up, they have already sold a fair bit and established themselves. That’s what they did with the A6000 and that’s what they will do with the K3 Note,” a friend of mine in the retail business remarked. “No one will flaunt a Lenovo like they flaunt a Xiaomi. But people will use it. And at the end of the day, that’s what matters.’”

The K3 Note is a case in point. The device is the most affordable full HD smartphone in the country, being the first to go below the Rs 10,000 price point. And it comes with respectable specs too – an octa core MediaTek processor (as we saw in the Vibe X2, those can perform), 2 GB RAM, 16 GB storage with support for memory cards, 4G, 13.0-megapixel rear camera, a 5.0-megapixel front camera, and a 3000 mAh battery. Had this come from most other manufacturers, many consumers would have been wondering where the cost cuts had come from. With Lenovo, however, the questions are fewer. After all, this is “supposed” to be a tech company. The fact that the products more often than not work smoothly (if not spectacularly) only strengthens this belief.

Other brands have flagships and stars. Lenovo, however, seems to be focusing on its foot soldiers. Yes, we are told that the company will be releasing a star product soon (we wager it is the Vibe Shot), but given the company’s strategy in the country, we are reasonably sure that it will only be a matter of time before it switches back to where its fortune lies. At the base of the price pyramid. It is a much bigger market. With more competitors it is true, but a much bigger market nevertheless. The K3 Note is the latest warrior in Lenovo’s Budget device charge!

Other brands focus on a Wayne Rooney. Lenovo would rather talk of its ten other players.

Was this article helpful?
YesNo
TechPP is supported by our audience. We may earn affiliate commissions from buying links on this site.
Read Next
Lenovo Flex 3i Chromebook Review: Eat Sleep Flex Repeat
#lenovo #Lenovo K3 Note