‘Let’s build a great product, sell it almost at no profits price, making sure we take a giant leap on our competitors, market it well and establish ourselves in a nascent market faster than the blink of an eye’.

This story sounds very familiar if you have followed the journey of the likes of OnePlus or Mi in the market recently. Both the tech players are just as new as some of the other new entrants like Vivo, Oppo or newer than the likes of Gionee in the Indian market, yet if you were to ask an average Joe on the street, he is more likely to recognize the names of a OnePlus or a Xiaomi than say a Vivo. 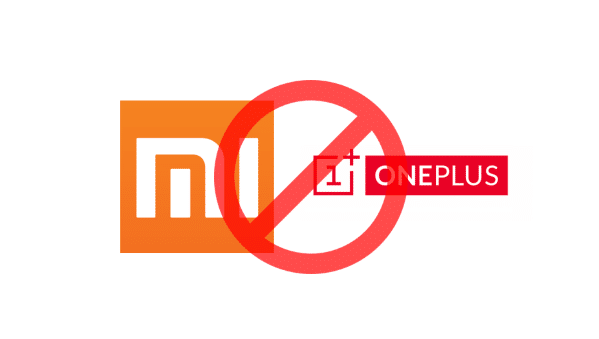 The common misconception is that Xiaomi or OnePlus have spent healthy budgets on marketing (social media/print etc) which is why the reach. While that is sort of true, it does not take away from the ground reality that the two companies came up with very solid and telling first products in Xiaomi Mi3 and OnePlus One. Other than coming up with a great product with a solid marketing foundation, both Xiaomi and OnePlus came up with a pricing strategy that not only upset their category competitors but also disrupted the very category. It was only when the three reasons combined that a success story was formulated.

The initial strategy is to blow the competition out of water

You can factor in the fact that while the HTC One M8 is available offline, you needed to bypass a complicated invite system to get your hands on the OnePlus, though worth considering is the fact, which user who is willing to spend Rs 40,000+ on a device will be not connected to the internet? The answer is pretty much nobody, and therefore OnePlus with their web-only policy were able to exactly target their audience and with offering a superior product at a much cheaper price were able to woo a customer who so far had his heart set on a competitor device.

It is only after the first wave, you know how wet the sand is

The case with Xiaomi was very similar, where you had great products, a good marketing strategy, and disruptive pricing which put the competitors out of the stadium immediately winning you the customer. Fast forward to a time where both Xiaomi and OnePlus will look to refresh their products, their current customers as well as the potential customers will not just want great products from them but also extremely competent pricing simply because that is what brought them on board. The discussion, therefore, is more around price than it would have been saying on the flagship device of an LG or a Samsung where people expect innovation but at a price that they may or may not always be willing to pay!

This creates a problem for the next batch of products because while you may win with your innovations, keeping up with your image which is that of a brand that produces great quality within budgeted prices becomes an absolute headache. The customers today are unforgiving and factors like higher costs for newer SoCs and other hardware components, inflation in general, or even aspects like higher import duties levied are seldom understood before a judgment is passed that the brand is not standing true to the value which in the first place attracted a customer on board.

A great example of this is the Xiaomi Mi4 when it was launched in India. The device was launched on the back of the remarkable success that the Mi3 (and Redmi 1S) enjoyed, and despite an upgrade in virtually every space, the main talking point post the launch was the Rs 19,999 price point for the 16 GB variant. Very few people factored in the newer SoC, better camera sensor, better internals, higher import duty rate, or general inflation in justifying the price and were quick to point out that Xiaomi was selling its flagship for a good Rs 7K more as compared to their previous flagship. Compare this strategy to say an Apple where the price of the base model, when it comes to their latest flagship has been constant at about Rs 53,500, you can see why the likes of Xiaomi suffered from convoluted positioning and therefore ultimately a flopped product.

While we are sure that HTC or a Samsung could easily come out with a device that is right on the border when it comes to manufacturing costs combined with costs of the internals and perhaps even sell a device at loss, the questionable nature of the market where it is definitely not a long term strategy inhibits them to do so.

Drawing a parallel from the real-life and what next?

An easy way to understand the issue of hazy positioning is if you look at the car markets in India. While a Maruti manufactured 800 has been the darling car of anybody who is looking for a first car, you will seldom see anyone buy a Maruti manufactured vehicle which costs anything above Rs 10 lac. It is not that Maruti makes bad cars in the segment, but more to do with the fact that it is a segment that is owned and safeguarded by heavyweights that have been there longer and have a richer history. A Rs 25,000+ Xiaomi device, no matter how good or advanced will always end up competing directly with a Samsung or a Motorola or an Apple, all of which are well established and trusted names. A user may well be willing to risk upon a name that is not household for a fraction of a price, but if he is spending close to what he would anyway have, the choice is simple to go ahead with a name that is trustworthy and tried.

The toughest question to answer in this scenario is what next for the likes of Xiaomi, OnePlus, Phicomm, Meizu, Obi, Coolpad, and others. Do they abandon the strategy and somehow try to churn out products that even if they are not exactly as per their original flagship pricing, are at least somewhere in the vicinity? or do they forget the price, their sole underlying foundation for the presence, and go away to build a genuinely groundbreaking product? The answer probably lies in doing something between, but a balance must be struck and struck soon because if it is not, we fear a lot of Mi4 cases happening and we going back to a disruption-less market, where the only loser will be the customer who currently is enjoying more choice than ever if he is picking up a new device.

Arpit is an Aerospace Engineer by education and when he is not ogling over a metallic bird or the perfect pass played in the last football game, he plays his part in the marketing and sales team at Price baba. A constant juggler of gadgets, his pockets are home to an OnePlus One and an iPhone 6 Plus currently, though that is likely to change by the time you have finished reading the article.

Was this article helpful?
YesNo
TechPP is supported by our audience. We may earn affiliate commissions from buying links on this site.
Read Next
OnePlus Nord Watch vs Amazfit GTS 2 Mini New Version: Which One Should You Buy?
#Branding #guest-post #oneplus #xiaomi