Five Reasons Why You Should Consider Buying the Google OnHub Router

Once again Google is all set to solve another real world problem for us and this time around it is something which should come as a shock to many of us – a Wi-Fi router. The all new piece of gadgetry from Google is called the OnHub and is developed jointly with TP-Link. This device aims at fixing all your Wi-Fi woes by offering a one stop solution. The OnHub router doesn’t look like your run of the mill router with spooky antennas and wires, but instead it resembles a coffee mug (remember Amazon Echo?) with a blinking LED at top.

The matte finished cylindrical pod is a welcome change after battling out the rectangular routers over the years. We try to find out what the hoopla is all about and whether the OnHub is a game changing product or is it just a better looking router. Below are some of the reasons for you to consider buying the Google OnHub. 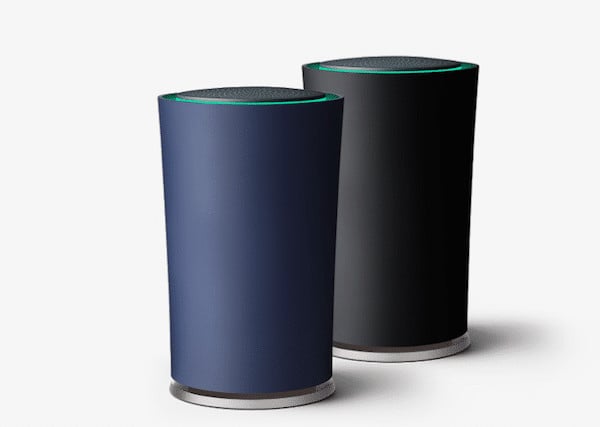 Setting up a Wi-Fi router can be anyones nightmare – the user specific settings and the settings from the ISP side just make it a ordeal. So the OnHub can be setup easily with the Google On app and it also lets you troubleshoot issues if any and fix it. Best part is the fact that OnHub works with almost all the broadband connections and intends to replace the traditional router.

It works with DSL, Fiber and supports the major Internet service providers. Once you get your hands on the OnHub router, all you need to do is connect the Google account in an Android or iOS device via the Google On App. Choose an ideal resting place for the On Hub and connect it to the power supply. Couple of clicks and you’re all set.

As explained earlier, this is one of the best aspects of OnHub as it doesn’t stick out like a sore thumb and promises to blend with the environment. No visible antennas, wires or those bright flashing LED indicators. Matte finish and the cylindrical shape imparts a classy look and is definitely better than the black and white box with antennas. But make no mistake. It’s not just beauty without the brains. The OnHub has 13 built-in antennas out of which 12 are used for casting signals and another one is for measuring network congestion.

The dimmable light ring uses one of the four color indicators to give users the feedback. Circular antenna provides a more reliable coverage evenly spread across all directions. The device will be available in both Blue and Black colors, with more color options to follow later.

Google On App will be the control centre for the OnHub no more struggling with the power switches and trying to reach out the reset buttons. The On App will not only help you to setup the OnHub, but will also help the users with an increased level of control over the router. You can share the password with your friends over the app and can remotely monitor the connection. 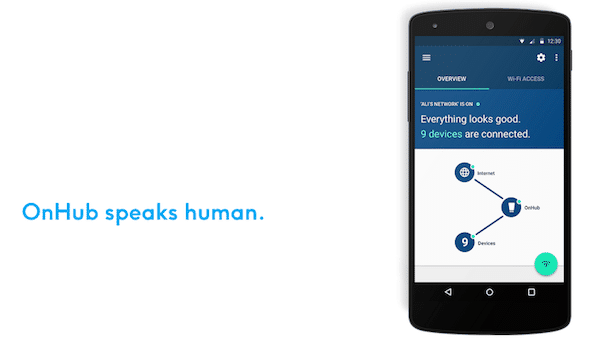 Trouble shooting has never been so easy, the On App will let you diagnose the problem at a click of the button and will also try to fix the problem. The app continuously monitors the network and beams information on the bandwidth being consumed by each device. Additionally users can also choose which of their devices needs the fastest Wi-Fi for the activities that matter the most.

The OnHub is not all about design and it is indeed a very powerful Wi-Fi router. The uniquely laid out 13 antennas are arranged to offer the best speed and avoid buffering times. The device offers a Wi-Fi speed up to 1900 Mbps and supports both 2.4GHz and 5GHz frequency. It is also blessed with an ability to automatically detect the best channel to broadcast.

OnHub boasts of a 4GB onboard memory which will easily accommodate all the auto-updates and the freshly released software features. The software updates will be installed automatically and doesn’t require any manual meddling, unlike the conventional routers and their rare firmware updates.

In all likelihood, the OnHub might be the first step in setting up an interconnected ecosystem. This ecosystem in the future is expected to be capable of supporting IoT devices, thus helping Google take a lead in the IoT race. The fact that OnHub supports Weave platform further strengthens the possibility of it being used to connect IoT devices. 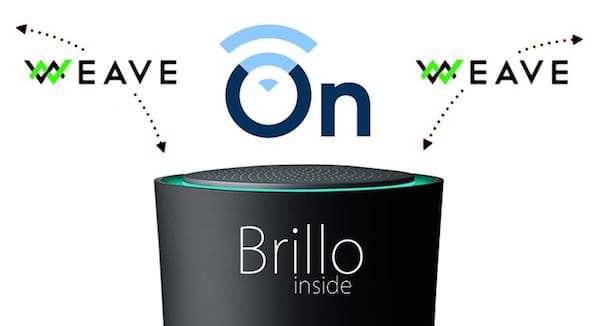 Google has been gearing up for the Internet of Things war and the project Brillo (watered down Android OS for IoT) is one of its major step in this avenue. The OnHub in a nutshell is just more than a router and it is something that will evolve in due course of time adding a new layer of feature every time it does so.

OnHub is priced at $199 and can be pre ordered from Google Store, Amazon, Walmart, FRYS.com, TP-link store and newegg. No, we haven’t tested it out yet and aren’t sure ourselves if this is better than similarly priced AC routers from the likes of Asus or D-Link or TP-Link itself. But considering that it’s aimed at non-techies, it’s worth a consideration for above mentioned reasons.

Five Reasons to STILL Buy the Poco F1 in 2020
6 Reasons Why Foldable Smartphones are STILL Not Mainstream
[Review] Alexa, Should I Order the New Echo Speakers?…
Cuzor 12V UPS Review: A Power Bank for Your Wi-Fi Router!
Xiaomi Mi Router 4C Launched in India for Rs 999
What Is Two-Factor Authentication and Why You Need to Use…