During a live Q&A session streamed live online, Facebook founder and CEO, mark Zuckerberg has announced that the social media giant is working on the dislike button. He said that Facebook wants to provide a button that lets users express emotions beyond the iconic thumbs up. 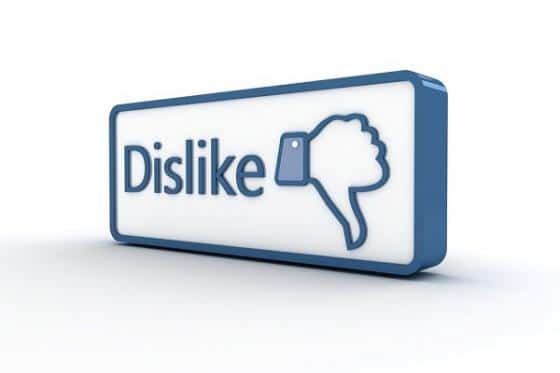 Facebook users has always wanted a “dislike” button as the “like” button doesn’t always fit certain status updates and situations, say a death in the family or a crisis. Facebook though has resisted creating it, fearing it would sow seeds of discontent on the world’s most popular social network. But looks like Zuckerberg has finally relented to the popular request:

It’s important to give people more options than just ‘like'” to help express empathy and sympathy. Not every moment is a good moment.

It’s important to note here that Facebook might not be calling it “dislike”. Zuckerberg clarified that he did not want it to be a mechanism with which people could “down vote” others’ posts. Instead, it will be for times when clicking “like” on “sad” posts felt insensitive.

Currently, users have only one option – Like, and it’s unequivocal – you either like something or you don’t. Considering face book’s news feed algorithm is majorly based on the number of likes a post get to show it higher up on the feed, it probably isn’t helping Facebook much to truly personalize and connect the world. Victor Luckerson of Time gives a perfect example to illustrate the need for buttons beyond Like

…Users don’t want to “Like” an article about the struggles of Syrian refugees or give a thumbs up when a friend shares that a loved one has died. Thus, Facebook’s algorithm might bury this type of essential content…

In all probability, we won’t see a “dislike” button, but something less negative. Probably a “sad” button. Still, a welcome move from users across the web.

Was this article helpful?
YesNo
TechPP is supported by our audience. We may earn affiliate commissions from buying links on this site.
Read Next
How to See Liked Posts On Facebook [2022]
#facebook #Facebook Dislike