The 2016 Consumer Electronics Show (CES) is expected to be a joyride for all tech geeks out there. Those who witnessed CES Unveiled in New York are howling in excitement with the range of technology on display, and not many can wait for the event to start. The robotics exhibit space will have 22 exhibitors, while automotive exhibits have increased by 25% for the next year, with 100 companies and nine automakers exhibiting their innovations. 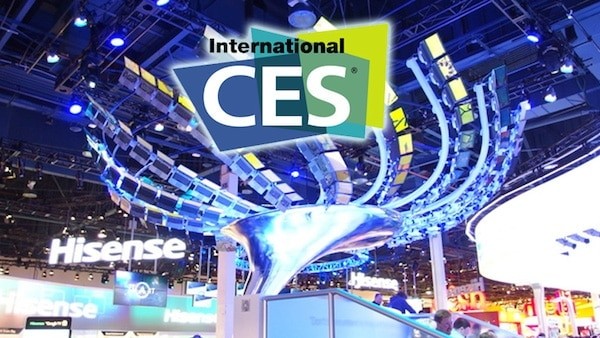 Here are some of the mesmerizing gadgets that are expected to storm CES 2016:

CES isn’t really a popular destination for new smartphones, but LG G Flex 2 made huge waves at the show last year since LG was the only large company launching a flagship device. One can expect the LG G Flex 3 this year, but now more phone makers may jump in for the CES event to make headlines in Vegas. With every handset launched at CES 2016, one can expect it to be at loggerheads with iPhone 6S, Samsung Galaxy S6 and Nexus 6P, thus promising very stiff competition. Rumor mills hint at a foldable phone from Samsung in addition to mid-range offerings like Galaxy A6 and A4. Asus is expected to unveil the ZenFone 3, and other Asian companies like ZTE, Huawei and Acer are expected to announce some new smartphones as well.

LCD now gets better after the death of plasma and one can expect more local dimming models, more models with HDR, Black Frame Insertion, and the newest kid on the block, 4K TVs.

Wait, lasers… what? Psst. We are talking about TV projector systems.

Virtual and augmented reality are soon going mainstream as the San Diego Comic-Con was stormed by the emerging tech. One can expect the whole variety of uses on display during CES.

Apple Watch has brought high-end smartwatches to the masses, and several sensor based fitness trackers including the Microsoft Band.

A giant area of Venetian is now reserved for wearables and fashion-oriented tech. The Pebble Steel was launched at CES 2015, so Pebble will like to launch something new and trendy at the annual tech-fest again. Orbis – a rumored smartwatch which might be a showstopper at the CES, is expected to include a camera, image and barcode recognition, health monitoring tech, and even a car key with a rotating bezel for navigation. Other usual suspects include Huawei, Asus and LG.

Laptops are expected to be shown in CES in droves. Dell would like to venture further into bezel-less screens and great design after its successful Dell XPS 13. Lenovo’s LaVie Z was a hit too since being touted as “world’s lightest laptop” and living up to it (It’s lighter than the new MacBook at 1.72 lbs.) In fact, Windows PCs were more interesting than ever last year and were the prime attraction along with IoT and car tech.

The new Apple laptop with its USB-C port is sure affect the market whether it features in the CES or not. Windows 10 is sure to impact most laptops though, so the number of laptops launched at the show will have to prove the fact that they are using the new, sleeker OS to the maximum.

CES 2015 did not have many memorable tablets. Although Dell had Venue 8 7000, it did not make a huge impression in the market along with the Lenovo Yoga Tablet 2 featuring AnyPen.

Expect a fair share of gimmicks in the 2016 edition too and one can expect stiff competition to iPad Pro and iPad mini 4 from Samsung which might have some new Galaxy tabs or some new company which might make tablets that utilize Windows 10 with some innovation.

So what are YOU looking forward to at CES this year?

Keval Padia is the Founder & CEO of Nimblechapps. He is an Android App Developer, with acute knowledge of Mobile App Design and User Experience Design. His vision is to become the best mobile development company, which can transform people’s idea into fully functional application at a very affordable price.

Was this article helpful?
YesNo
TechPP is supported by our audience. We may earn affiliate commissions from buying links on this site.
Read Next
The Most Impressive CES 2019 Announcements So Far
#ces #CES 2016 #guest-post