Why is Phone Calling App Ringo Blocked by Telecom Operators in India?

After innumerable delays, Ringo calling app was finally launched in India last week. But sadly, the app has already run into trouble in the country. Ringo has been blocked by several telecom operators in India. Rajan Mathews, director general of COAI has written to TRAI for checking the legality of the app. And now, Bharti Airtel’s Chairman Sunil Mittal has alleged the app of foul play. 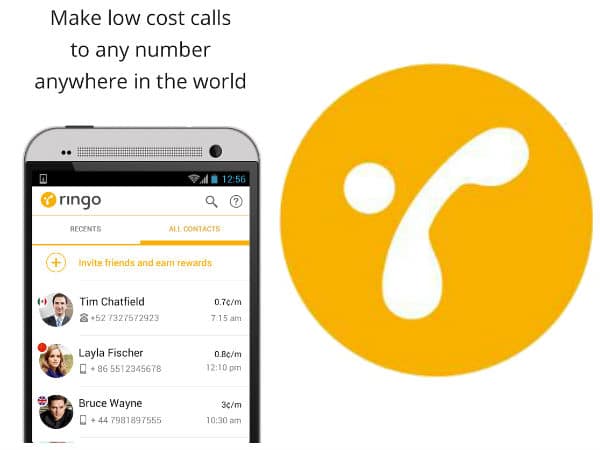 How Ringo works? Is it illegal?

Interconnection charges are what an operator from whose network a call originates pays to the network where the call terminates. So for example if I initiate a call from Airtel to Vodafone, then Airtel needs to pay Vodafone 14 paise/min for the duration of the call. In case the call is made between the same network, for example Airtel to Airtel then the network can save on interconnect charges. This is the reason why several times in rate cutters, the tariff between the same network is much lower than the tariff between different networks.

The actual aim of removing interconnect charges for calls originating and terminating at landlines was to boost the appeal for landlines which have been facing a steady decline. This resulted in Airtel giving unlimited local and landline calls at 99/month for landline users and BSNL made calls after 9 PM free of charge.

Now with TRAI abolishing interconnect charges for landline to landline calls, Ringo saw an opportunity. Whenever a call was made through Ringo app (obviously via a smartphone), the call was redirected. A landline presumably made the call to the number intended and then connected both the caller and the receiver. This call was received by a landline number and the original caller was also connected to a landline number. As mentioned before, interconnect charges for calls originating and terminating from a landline are nil, so Ringo was basically connecting two mobile phone users for no charge through a hack of sorts.

The best part is Ringo actually charged users 19 paise ($0.0028) a minute and by connecting through landlines was able to avoid interconnect charges. Since Ringo was buying minutes in bulk at wholesale rates, the major part of 19p/min was profit for Ringo.

When a call is placed, a traditional cell phone operator needs to pay 14p/min as interconnect charges to the network where the call ends. Plus he also needs to invest in infra, spectrum and pay taxes and what not.

Ringo didn’t have to set up infrastructure anywhere near what a traditional operator sets up and also bypassed interconnect charges. So they basically made more profit without much investment.

It’s therefore no wonder that telecom operators have blocked Ringo. As I said earlier, telecom operators in India still get a majority of their revenue through voice and if anyone threatens that, they are bound to react. Although Whatsapp has managed to escape since the entire call was processed over the internet, that’s not the case with Ringo. Only while initiating the call, one needs internet and the rest of call is done in a pretty traditional manner with various hacks to reduce costs.

Ringo insists they haven’t broken any rule and are fully compliant with the law. Now that TRAI has gotten involved, it’ll be very interesting to see how this issue unfolds and what decision will be taken.

Here's why Soli Motion Sense Technology on Pixel 4 is not…
Why we need to turn off the Blue light
iPhone 2007 to 2019 edition: Why the iPhone remains special!
Why the Motorola Edge+ is a No-Compromise Flagship
Why do tech reviews take so much time?
If Apple is the master of hype, why aren't other brands…