The idea of having a connected smart home with control on our fingertips has engulfed many of us over the past couple of years, but with little success. Many companies have offered varied solutions, but the connected space itself is still in its infancy. Philips has been a pioneer when it comes to wireless lighting systems, and the Philips Hue has set a benchmark for not just wireless lighting, but everything IoT (Internet of Things). We went hands on with the Philips Hue Starter Kit which finally made its way to India, and here’s our detailed review. 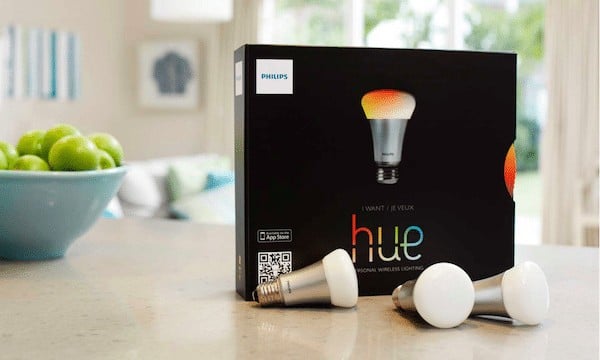 Before we even get into the review, we need to get the devil off our backs. Philips Hue is pricey, and there are no two words about it. At Rs 16,995 in India ($200 in US and €179 in Europe) for the starter kit with 3 LED bulbs, and Rs 3,500 for every extra Hue bulb, it’s hard to justify the price if you’re looking it to replace your home lighting. There are many other cost effective solutions like buying smart plugs or dimmer switches, but they aren’t remotely as flexible and fun as Hue. So let’s not go that way. Instead, let’s see what Hue can do for you and how good is it in doing that, and then take a call on its usefulness.

Hue is a hybrid solution that relies on ZigBee communication protocol, and it comes with a special hub (or the Bridge as it’s known), the brain of the whole system, that connects to your Wi-Fi router via an ethernet cable. This Bridge then communicates with your Hue bulbs, and using an app on your phone, talks to the bridge through your Wi-Fi network. If this sounds too complex for you, fret not. It’s pretty easy to set up the whole system. Just connect the Bridge to the ethernet port of your router and attach the bulbs in your bulb sockets. Fire up the Hue app and when it starts looking to pair each bulb, just press the button, the only button right in the middle of the circular Bridge. That’s it. Repeat this for each of the three bulbs. Each Bridge can control up to 50 devices (if you ever plan to have that many Hue bulbs). 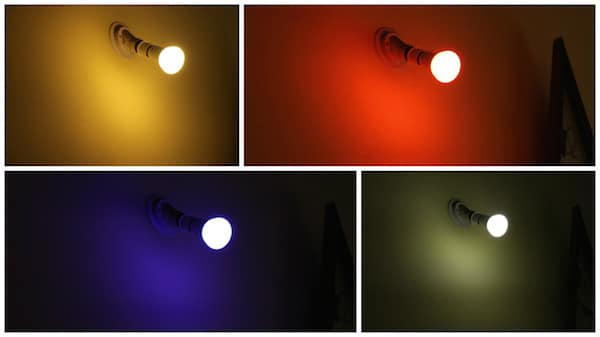 ZigBee has a 10-100m line-of-sight range depending on the environment and power output, but also forms a mesh network, such that intermediate devices can pass the message along until it reaches the intended recipient. In our usage, all the three bulbs had no issues talking to the Bridge placed around 10m away. Having said that, they’re not meant to work across different floors. Moreover, each 8.5W Hue bulb gives around 600 lumens output, roughly the same as a 40W incandescent bulb, so you probably need a couple of Hue bulbs to brightly light up a medium room.

The Hue app is pretty barebones. The core experience revolves around interacting with the full range of supported colors via the “Scenes” feature. Each scene contains one or more bulbs set to a specific color and brightness to mimic a particular environment. As you’d expect, the scenes include Sunset, Beach, Relax and dozen other preset ones. The true fun starts when you choose a photograph of your own and the app attempts to extract suitable coloring from it to set to each of the bulbs. Of course, you can manually choose the colors and set the brightness to your liking to create a “mood”.

Another feature which impressed me the most was the alarm functionality. It comes with a timer which can trigger a pre-set scene to wake you up by gradually increasing the light in the room. Pretty neat if you are a light sleeper (no pun intended). Also, there’s a scene for reading mode and relaxing mode, which work rather well. But the point here is, one needs to have enough time to change the settings and set a mood for different parts of the day. Initially, for a couple of days I used to forget that I can control my lights, but over time I got addicted to it. Be it setting the alarm or dimming the lights while watching a movie or using the geofencing feature to turn off/on the lights as I leave/arrive home. All of them work flawlessly. Philips Hue sets a gold standard for how seamless and easy our connected life can be.

Being a first mover, Philips has managed to create a greater ecosystem around Hue. Philips has produced a simple API with awesome documentation for third party developers to control the lights. This has led to a plethora of third-party apps (on both iOS and Android, and Windows Phone too) which provide a whole new dimension for the otherwise barebones official Hue app. The biggest of them all are the IFTTT integrations. We wrote an extensive feature of the best IFTTT recipes for Hue, so have a look at that. Also, check out the Hue IFTTT channel for more fun recipes.

Most of the quality third party apps are paid, but there are few good free ones as well. If you have kids at home, HueDisco ($2.99) or MagicHue ($0.99) can be fun. Then there’s this free app called Sunn on android which mimics natural lighting indoors. It can mimic what’s going on outside – down to the minute – to help your body tune in to rhythms found in nature. Then there is Philips Lightdance that allows your lighting to respond to your device’s camera. If you’ve an ambilight supported TV, connect Hue via an app and sit back to see the light around the room change as per what you’re watching on TV. Sadly, I couldn’t test this feature.

Other cool tricks include a way to automatically turn on the lights in the evening and shut them off at night while you are on vacation to fool thieves into believing someone is actually home, flashing lights when door bell (or phone) rings to help the hearing impaired and flash a particular when your favorite team scores a goal or a wicket falls. The possibilities are endless. 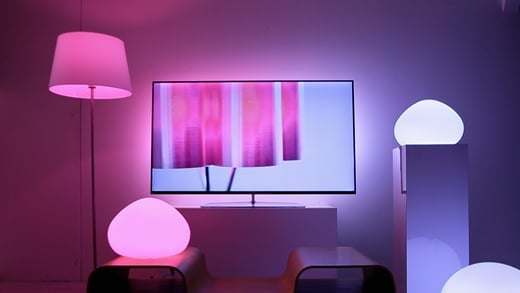 There are little annoyance too. I found it greatly annoying that the Hue system lacks a memory of its own. For a smart system, you expect it to remember the last ‘scene’ setting, but switching Off and On the bulbs make them reset to the default yellowish-white light. Also, the one we tested doesn’t come with Apple Homekit integration, and for that one has to buy a new Bridge which isn’t being sold in India yet.

So is it all worth the huge money you’ll be paying up front and additional money that goes into replacing every other LED bulb at home? Well, only if you have time (and money) to enjoy the endless options it brings. If you are simply looking for a wi-fi connected LED light which can change colors, Philips Hue is an overkill. But it scores when it comes to ecosystem and third party support. Beyond the standard LED bulbs, Philips has other offerings like Lightstrips and branded accessories like Disney StoryLight. Also, there are other (cheaper) third-party Zigbee based bulbs which are supported by Hue. We wished it could integrate as seamlessly with other IOT systems and platforms as it does with its own accessories. But it’s tough to ignore the fun factor that form the core experience, and provides a glimpse to how our future would be. If you’re looking for purpose, look elsewhere.

Philips Hue is more about Fun than Purpose.

Was this article helpful?
YesNo
TechPP is supported by our audience. We may earn affiliate commissions from buying links on this site.
Read Next
Nothing Phone (1) Review: Nothing like Anything Out There
#Philips #Philips Hue #review