“It has been a crazy year…”

Xiaomi’s international Vice President Hugo Barra said that in August in Delhi after the unveiling of MIUI 7 in India. He seemed to be ticking off a list mentally “We did the Mi 4 in India, the Mi 4i, the Mi Band, the make in India initiative, this one…” He stopped and looking at me, added with a wry grin “And it is still August. More than a quarter of the year to go.” 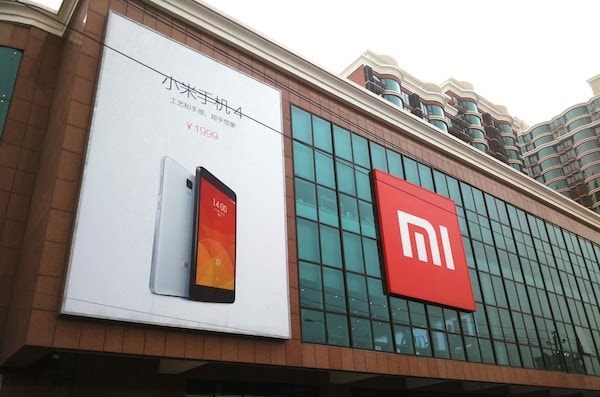 Almost five months later, therefore, it is curious that many are seeing 2015 as the year in which Xiaomi seemingly took its digital foot off the tech pedal. As Barra mentioned, though, it is not as if NOTHING happened in 2015. Quite the contrary. The company did launch the Mi 4i, the Mi Note Pro, the Mi 4c (in China), introduced MIUI 7, and was behind arguably the most mainstream wearable of them all – the Mi Band. And yes, there was also a flow of televisions, a new tablet, devices being made in India, launches in Brazil, a Windows 10 ROM for the Mi 4, air purifiers…and a bit more besides.

But well, it is an indication of just how high the expectations around the brand are that 2015 is now being seen as the year in which Xiaomi did not do too much. And perhaps the biggest reason for this is the fact that for the first time a year passed without Xiaomi actually adding a new flagship device to its famous ‘Mi’ flagship series. Rarely did a month pass between February and October last year without people asking – and speculating – about the Mi 5, the device that many felt would trump the likes of the OnePlus 2. The year passed but it did not come (we are hearing of it only now). Things were not helped by the talk of heating issues around the early editions of the Mi 4i, although the company sort of fixed that with a software update later on. Adding to the feeling of “nothing is really happening” was the fact that other players like LeTV, Motorola, Huwaei/Honor, Asus and Lenovo seemed to be releasing a flurry of products, some even employing (oh, the irony) the marketing model that Xiaomi itself had made popular in India. In fact, for a good part of the year, there was no Xiaomi device in many people’s lists of best smartphones (the Mi 4 was considered dated by a number of people for not offering 4G support in India and the Mi 4i was not perceived to be in the same performance bracket as say, a OnePlus 2). Top that off with the fact that Xiaomi’s final two releases in India were that of the Redmi Note Prime, and the Redmi 2 Prime, both of which were slight spec upgrades rather than (r)evolutionary makeovers and you can see why so many feel that after an insanely epic 2014, the company has been relatively quiet in 2015.

And when founder and CEO Lei Jun said that the company “does not emphasize goals such as smartphone sales anymore,” many (most notably Quartz) interpreted it as conceding that sales had not been exactly overwhelming, and well short of its 80 million phones target for 2015 (which incidentally had also been brought down from 100 million phones initially). To be fair, their cynicism was understandable – this was after all the company that had made “sold out in x seconds” synonymous with its products in 2014. And it is perhaps because of this that his statement that the company needed “to go back to our original mission to make a good product for our users instead of being affected by external judgments or numbers” was seen more as damage control than as a statement of intent.

From my own interactions with the company in India, however, 2015 – and definitely the latter part of it – was a period of consolidation for Xiaomi. Their India head Manu Jain seemed almost obsessively concerned about after sales support and service. “It hurts when someone with a Xiaomi product has to wait to get it repaired. After trusting us, they deserve the best,” he said when we met briefly in early December. And that at least has been the official line in India – the company has been working on strengthening its basic framework and getting the right people on board, rather than on introducing new products. Indeed, if recruitments are an indications of a company’s health, then Xiaomi is in fine fettle (No, I refuse to tell you anything else). Industry insiders however maintain that the Mi 5 was delayed in 2015 because of Barra’s perfectionist streak, which saw him rule out the occasionally erratic Snapdragon 810 processor, which was the chip of choice for flagship makers in 2015. They also feel that the company lost its sense of focus by getting into seemingly unrelated product segments. “Forget the air purifier/TV/water purifier/headphones, what happened to the Mi 5,” was a query that reverberated right through 2015.

That query also highlights the reason why so many are considering 2015 to be a quiet year for the company – the fact that for all its products, Xiaomi is still seen as a smartphone company. No matter which product Jun and Barra put out, for most people, the company will still be measured in terms of how it did on the phone front. Which is why the Mi 5 was considered so important for the company, and its absence in 2015 triggered off talk of a slowdown.

Whether 2015 was a case of slowing down or just a course correction (or expansion, given the number of products in different segments that came with the Mi tag) is something that we will only find out in the days to come, as more information comes to light. As of now, we can safely say that while 2016 will be many things for Xiaomi, but one thing it won’t be is quiet.

For, in some part of the world (China, I suspect, but the man does get around), a man is playing with a ‘still to be release’ phone, working out how to make it a world beater, ironing out rough spots, spotting software bugs, snapping and smiling, even dropping it to see how it reacts to meeting the ground under the effects of gravity, and yes, searching for the words to describe its texture.

My own Mi 5 just rolled off our production line today and… into my pocket. Qualcomm Snapdragon 820. So worth the wait :)

And much though he might complain about it, he likes it crazy…

Was this article helpful?
YesNo
TechPP is supported by our audience. We may earn affiliate commissions from buying links on this site.
Read Next
Nothing like anything: Phone (1) has brought a design edge to the mid-segment
#Hugo Barra #Opinion #xiaomi