When Lenovo had introduced the Vibe X a few years ago, the phone had been positioned as the more attractive if slightly inferiorly specced version of the company’s flagship, the Vibe Z. This difference between the X and the Z continued for another generation, with the Vibe X2 being the more eye-catching but relatively weaker cousin of the Vibe Z2 Pro. The rationale in Lenovo circles seemed to be – target the Vibe X at the younger, design loving crowd, and keep the Vibe Z for the spec-loving geeks. 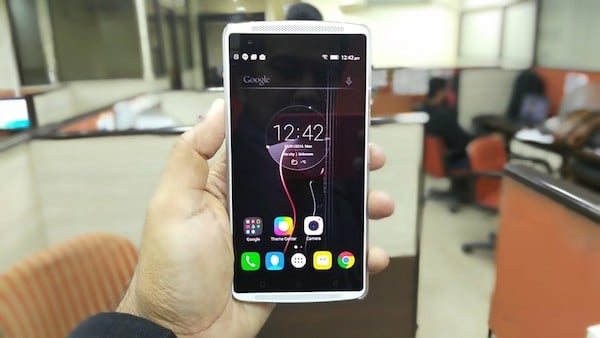 With the Vibe X3, however, the company seems to have stepped away from this two phones for two audiences philosophy. Yes, yes, we do know know that rumor is rife about the existence of a Z3 Pro or a Z3, but even if that device does come along, we can still see the geek brigade queuing up for the Vibe X3.

The reason for this is three fold: the spec sheet, performance and price. It is not as if Lenovo has not delivered well specced phones that performed well at affordable prices before (the K3 Note and K4 Note are prime examples), but by and large, it has tended to keep its flagships on the relatively expensive side by its own standards (the Vibe Z2 Pro was launched at Rs 32,999, after all). The Vibe X3, however, has specs that go toe to toe with the likes of the LG G4 and is priced at Rs 19,999. Yes, we are mentioning the price at the very outset because honestly, we think the X3 has what it takes – in spades – to be called the best smartphone out there in the sub-Rs 20,000 category, against the likes of the Qiku Q Terra, the OnePlus X, the Moto X Play and the Mi 4.

Scoring on Multimedia in general 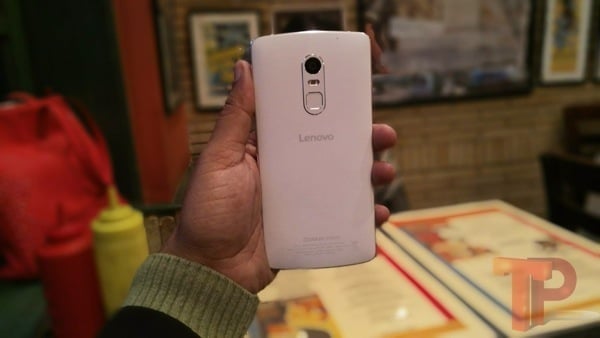 And the area where it really gets the better of its competition is surprisingly one which other brands have seemingly taken for granted for a while: multimedia. Yes, the X3 is a very good looking and sleekly designed phone (check our first impressions here) and its spec sheet, featuring a 5.5 inch full HD display, Qualcomm Snapdragon 808 processor, 3 GB RAM and 32 GB onboard storage (expandable) is impressive. But where it really hits you is when you get into movie watching or music playing mode.

The full HD display is a very good one indeed, and Lenovo has thrown in controls for changing the color balance for different conditions (including something called “hard light environment”!!) and while we do not see too many users having the patience to fiddle with them all the time, if your phone is on auto brightness, it is a fair chance that you will get a very good viewing experience indeed, as you well might expect from a display with a 401 ppi pixel density. We have seen brighter displays with higher pixel densities, that said.

…and The Sound of Music in particular! 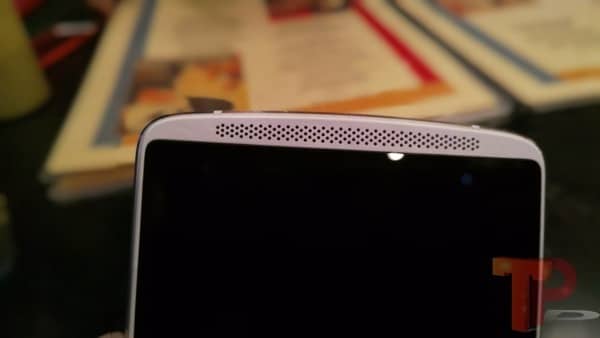 What we have NOT however seen – or rather heard, if one has to be literal – is a display of this quality accompanied by sound quality that can only be called amazing. The last real major tweak we had seen on the audio front of phones had come when HTC had placed front-facing speakers on its One series of devices. Lenovo have done the same with the Vibe X3, although their speakers are more subtly placed and seem smaller in comparison. But the sound they deliver is another matter altogether. We have heard some phones deliver louder sound, but have never quite encountered the blend of quality and volume that we heard from the Vibe X3. In tech terms, this can be attributed to “two 1.5 W, large-chamber(1cc) front-facing speakers” and Dolby Atmos, but do not look at the specs, just go out and hear the sound on this device. The Vibe X3 is perhaps the first phone on which we did not reach for the headphones while watching a film or playing a game – the speakers are actually good enough.

Sync that audio with the very good display and you will understand why we think the core strength of the Vibe X3 is its multimedia. For, you have a relatively large display with very good sounding speakers in combination – you can actually prop up the phone and watch a film with a few friends in a small room without any viewing or listening problems. I don’t think we have ever said that about a phone before. And then there is the “TheaterMax” VR technology that the device supports – there is no bundled ANT VR headset with this one, as there was with some editions of the K4 Note, but yes, watching a film using those glasses with the sound turned full blast is pretty as close to a “phoney” theater experience as we have had. We will be looking at the ANT VR headset in relative detail shortly (we got it much after we got the device and no, we did not get it with the K4 Note, and we have not got the K4 Note, but those are other stories for other places!!) 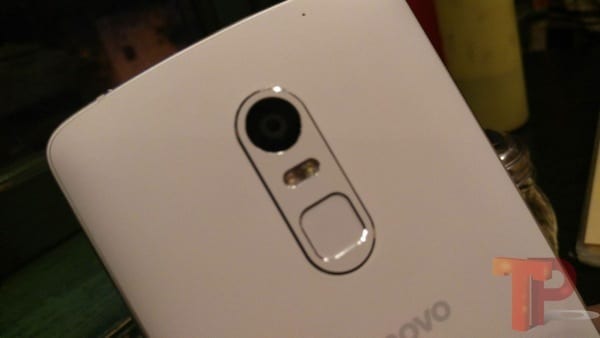 A high definition display and good sound (if not this good) were on show in the K4 Note as well, but whereas that worthy was very much a mid-segment device at best, the Vibe X3 is pretty much a heavyweight in the performance department. The Qualcomm Snapdragon 808 processor with 3 GB RAM was more than adequate for all the work we asked of it – from playing high-definition games to running multiple apps. And it ran up impressive benchmark scores too. 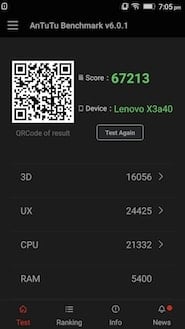 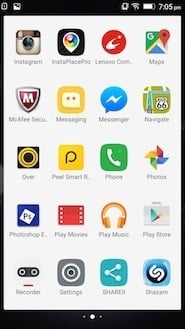 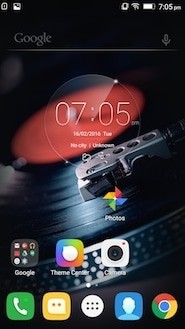 Lenovo has claimed that it has not attempted to go too far from the conventional stock Android interface in the latest edition of Vibe UI running on the Vibe X3, and well, to a large extent, this does seem to be the case – the home screens are not cluttered and while there are pre-installed apps (Guvera, Peel Smart Remote, Shazam and WPS Office among many others), the fact that they appear only in the app drawer against a white background that is so-stock Android-ish, somehow makes one resent them a little lesser. The changes brought about by Lenovo can be seen mainly in the camera app, which borrows shooting modes and options from the Vibe Shot, as well as in the settings, where you get a lot to play around with, including support for gestures. This is easily the most stable version of Vibe UI we have seen for a while, considering its buggy travails on the Vibe X2 – although we did get surprised to discover that we could not zoom that deeply into pictures in the camera app, although we could do so in the gallery.

Speaking of the camera, the 21.0-megapixel shooter on the rear of the X3 is a steady rather than sensational performer. It is not quite in the league of the Vibe Shot, but is more consistent than that of the Qiku Q Terra and handles colors more consistently than the Mi 4, our two photography favorites in this price segment. No, it is not exactly a low light superhero but then which phone in this price point, or even those well above it, is? 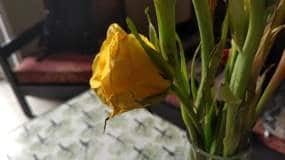 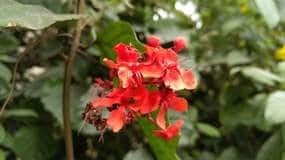 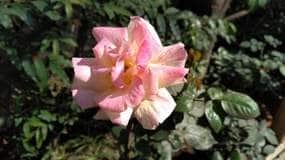 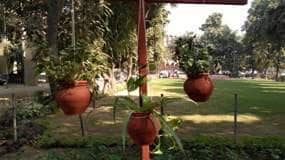 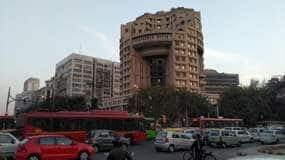 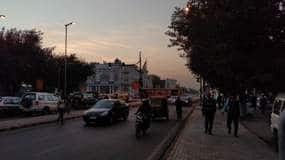 In search of Vibe Perfection 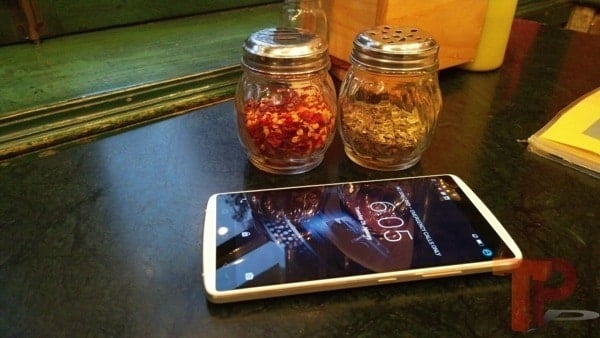 In fact, we were hard pressed to come out with anything that was a downer for the phone. If one were to nitpick, one could complain about the buttons below the display not being backlit (a complaint in many Lenovo devices), a wish for a better camera, and maybe Android Marshmallow. But in the given state of the market, none of these is remotely a deal breaker – the X3’s camera is good by most standards, and hardly any device out there has Android Marshmallow. At Rs 19,999, the Vibe X3 comes as close to perfection as any device in the sub-Rs 20,000 category, and is easily the best blend of display and sound we have seen in any phone for a while. The perfect Vibe? No, there are a few rough edges. But this is oh so close.

Its multimedia muscle and more compact design enable it to easily displace the Qiku Q Terra as the best phone in the sub-Rs 20,000 price segment, and actually gives the likes of the OnePlus 2 and Yutopia a good run for their money (hey, it is more stable than those two worthies in terms of software and runs them close in hardware terms), and totally outguns the Moto X Style when it comes to multimedia.

Hello, did you read any of the above?

Was this article helpful?
YesNo
TechPP is supported by our audience. We may earn affiliate commissions from buying links on this site.
Read Next
Skullcandy Mod Review: Betting on doing the basics well
#lenovo #Lenovo Vibe X3 #review