Gionee has launched the Gionee S8 flagship smartphone at the MWC 2016 in Barcelona. The Gionee S8 is a camera and style centric phone which debuts with features including the 3D Touch display which works on the same line as the Apple’s 3D Touch. Alongside the S8, Gionee also unveiled their new logo and brand identity. 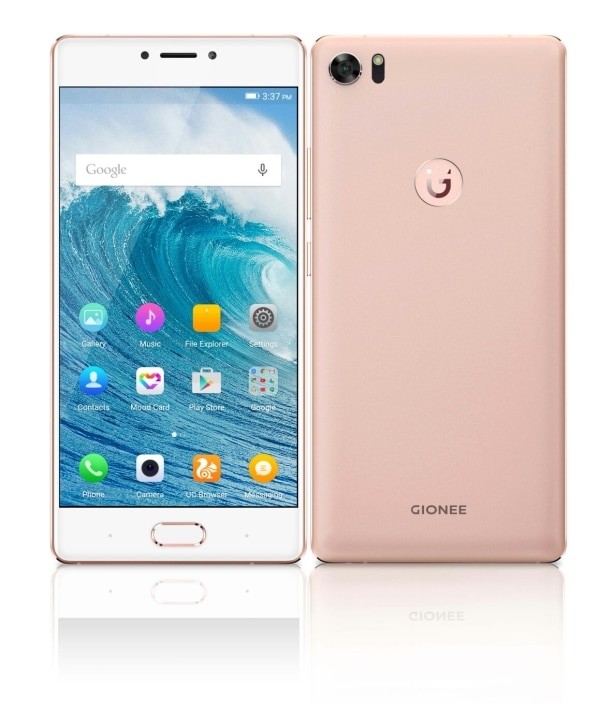 Just like all the other S-Series phones, the Gionee S8 comes clad in a metal body and adheres to the unibody design. It is also said to come with an invisible loop metal technology that will hide the antenna and ensure better signal absorbing capability. The Gionee S8 comes fitted with a 5.5-inch FHD display alongside a 2.5D glass with Corning Gorilla 4 Glass protection on top.

The Gionee S8 draws its power from the Helio P10 octa-core processor mated to a 4GB LPDDR4 RAM. On the storage front, the S8 offers 64GB of internal memory but ditches the microSD card slot. The device comes backed up with 3,000mAh battery with fast charging which should suffice an average days’ usage without much of a fuss.

The S8 was touted to carry an impressive camera and Gionee seems to have done just that. The primary camera shapes up as a 16-Megapixel sensor with an aperture of f/1.8 and 6P lens. The camera unit also boasts of PDAF. The front camera assumes the form of a 8-Megapixel sensor which is aided by the virtual front flash bought into force by the Image+2.0. Gionee has opted for AKM4941 HD recording chip which will take the input from the dual microphone setup and can record higher quality audio.

Gionee S8 runs on the Android Marshmallow 6.0 along with the Amigo 3.2 UI overlay. It offers the usual set of connectivity features inclusive of 4G LTE and dual SIM, thankfully Gionee has included the NFC chip in the S8. The biggest selling point for Gionee S8 in countries like India is its support for Dual WhatsApp accounts out of the box. Although most smartphones come with Dual SIMs, it wasn’t easy to have two different WhatsApp accounts in one phone, and somehow Gionee has managed to crack it.

Almost everything about the Gionee S8 looks top notch, but for the choice of the SoC. For some reason, Gionee has gone with a mid-range processor like Helio P10, the same one we saw on Lenovo K5 Note costing just $170. But then, it’s refreshing to see the company innovate beyond the looks and design that we have come to expect of them. Gionee S8 will be made available starting this March and will be priced at €449 (approx. Rs 34,000).

Gionee M7 Power Offers More Screen Than you can Shake a Stick at Rs. 16999
Read Next