Muscle power has always fascinated the buyers, be it the horsepower of the car or the number of cores in a smartphone SoC, Zopo has unveiled its latest flagship Speed 8 at MWC and this one comes powered by a deca core processor. Zopo had made the foray into Indian market with its Speed 7 last year. 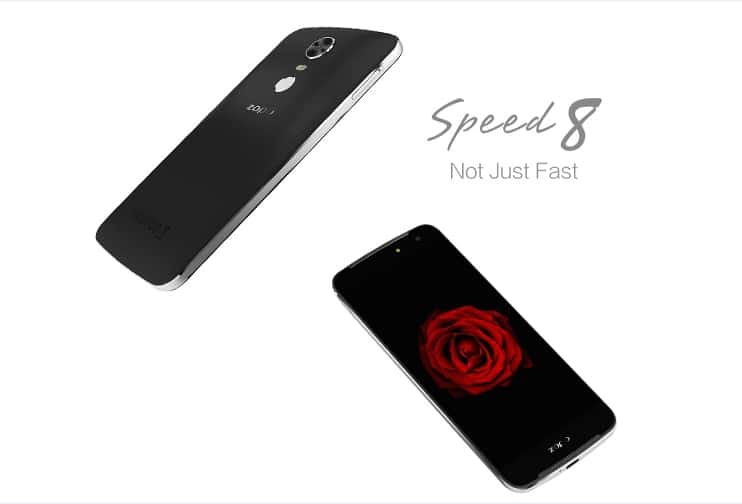 Speed 8 comes equipped with a 5.5-inch FHD display and the deca core we are talking about is the Helio X20, which MediaTek touts as the most powerful SoC to be ever manufactured by the company. The Speed 8 features 4GB of RAM and 32GB of Internal Storage space along with a microSD card slot. The device is backed up by a 3,600mAh battery that is expected to help you sail through an entire day of usage and the fast charging support will be an extra advantage. On the imaging front, the Speed 8 boasts of a 21-Megapixel primary Sony IMX230 sensor and a dual LED Flash setup. At the front, the smartphone comes with a 8-Megapixel camera unit alongside an LED flash.

Zopo Speed 8 will be running Android Marshmallow 6.0 and will come endowed with the usual set of connectivity features including NFC, USB Type-C, Dual SIM, rear fingerprint scanner and the 4G LTE support. The metal frame is one of the design aspects of the Speed 8, and for a change it comes clad in a black matte finish covering instead of the shiny metal finish we are used to seeing lately.

Along with ZOPO Speed 8, the company has also announced the ZOPO Speed 7C which comes with a wooden back cover and features a 5-inch HD IPS display and is powered by a 1.3GHz quad-core MediaTek MT6735 SoC paired with 2GB of RAM. It comes with 16GB of onboard storage with microSD support as well. There’s a 13.2MP f/2.2 camera on the rear and a 5MP camera on the front. Powering them all is the 2500mAh removable battery.

The ZOPO Speed 8 will be made available starting from April 12 2016 at a sticker price of $299.99. At this price tag, the Zopo Speed 8 seems like a decent value for money proposition. It remains to be seen if and when Zopo Speed 8 comes to India.