Jotting down notes on paper is something that has changed very little with the passage of time. Even with the advent of stylus equipping tablets, some of us still prefer to scribble on a notepad. The problem with this however is that we need to skim through a ton of pages to find what we need and it is also very inconvenient to organize the same. 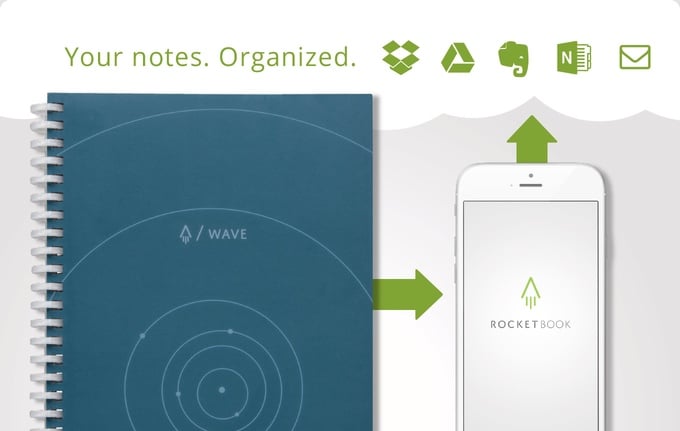 We had featured the Bamboo Notepad which was a pressure sensitive notepad with a companion pen, the Bamboo Spark transferred the notes to the cloud. This notepad too came with a few drawbacks including the need to charge and the need to replace the pen, which can be an expensive affair. Rocketbook Wave is a much more simplified yet effective cloud connected Notebook.

The most interesting part of the Rocketbook Wave is its simplicity, the notebook comes with a glossy surface and at the bottom it has some symbols stacked up. Thankfully unlike the Bamboo Spark, Wave book doesn’t need a special pen and instead one can use the Pilot FriXion pen which is readily available in the office supply stores. 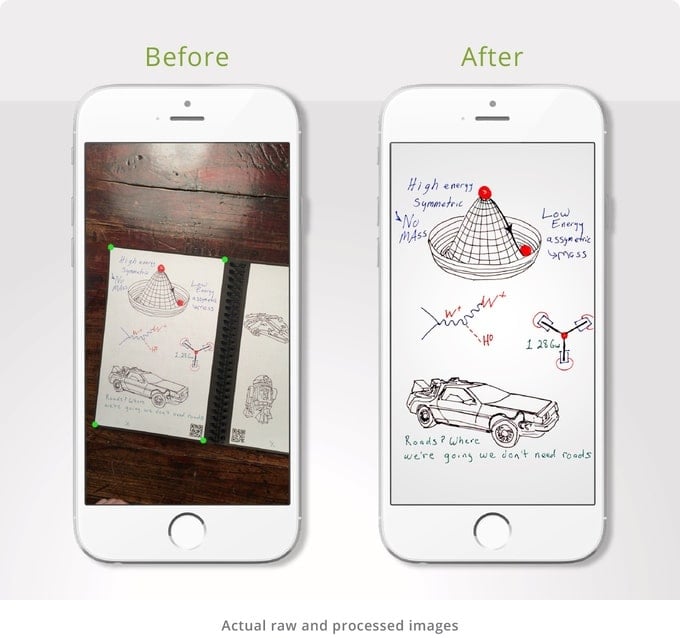 All you need to do is jot down the notes as usual and then assign each of the symbol to a cloud service, for example the diamond symbol can be assigned to the “Business Plan” folder on the OneDrive, similarly the Rocket symbol can be assigned for “Ideas” folder in the Google Drive account. After writing down, one needs to strike out the symbols thus indirectly mentioning the destination for the notes.

After the notes are ready you can download the Rocketbook App from the Google Play store or the Apple Store and just point at the pages. The app will scan the pages at a lightning fast rate and it organises the same in line with the cloud service you have mentioned. The best part is that once the notepad is full, just pop it up in the Microwave and voila! you will get a new clean Rocketbook. The notebook comes in standard size and executive size and is currently on Kickstarter.

While this might look as a useful little piece of simplified gadgetry, let’s spare a look on how it can make a big impact on the mankind. If all the students and the office starts using Rocketbook or even something similar for their stationary needs, world would be a better place without the need to deforest.

TechPP is supported by our audience. We may earn affiliate commissions from buying links on this site.
Read Next
Wear Graphene Gamma: One Jacket to Rule Them All
#Cloud Notebooks #Kickstarter #Rocketbook Wave