“Have you had lunch?”

Sudhin Mathur is one of the few senior executives in Indian tech who starts most media interactions with a query of his own. It could be about how the interviewer is feeling, the weather, or the traffic situation. Anything but technology. In an increasingly media savvy tech world, he is a breeze from a less hectic past, representing an olde worlde courtesy that is becoming all too rare to find these days. 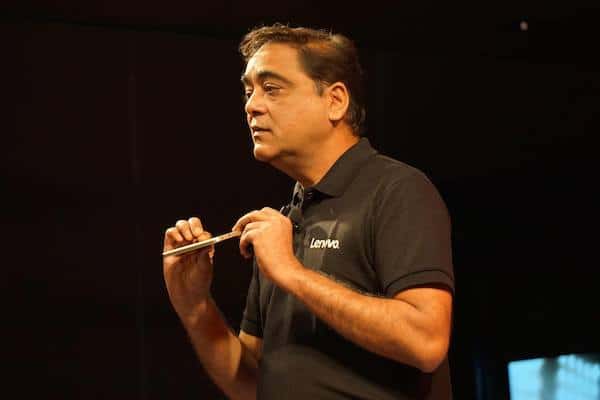 He is also at the vanguard of arguably the biggest surprise in the Indian mobile phone market over the past year and a half, Lenovo. In a period of two years, the brand, which was relatively unknown in the Indian phone market, is now the third largest player in terms of both value and volume, albeit in combination with a certain Motorola (Lenovo took over the brand in 2014). Interestingly, Mathur came in as “Director, smartphones” for Lenovo India in 2013. I remember reading the statement announcing his appointment, which highlighted his notable achievements when at the helm of smartphone matters at Sony Ericsson and LG. “They are getting him to overhaul the distribution system, work out logistics, talk to retailers – he is a wizard with them,” a colleague of mine had remarked.

And that is indeed the reputation that Mathur has in the industry – of being an expert when it comes to retail management and sales and distribution. Whether it was at Sony or at LG, most major retailers have fond memories of “Mathur ji” (“Mathur sir” in Hindi). “He was very relaxed. Never tried to stress you out,” one of them told us, adding wryly, “But he always managed to get whatever he wanted. He might sit with you for hours, talking and talking. And before you know it, it comes to a stage where you cannot say no to him.” Understatement seems to work best for the man, and it is a trait that seems to have come to the fore when Lenovo took over Motorola.

What could have been an emotional and messy situation (remember the angst when Microsoft took over Nokia?) was instead an almost seamless experience. “It seemed more like a handing over than a taking over,” an acquaintance from Motorola told us. “We did not feel something was being imposed on us.” Even though there was speculation in the media about how the Lenovo-Motorola equation in India would work out, there was no “Lenovo”-ing of Motorola’s events in the country post the takeover – no ornate display of Lenovo logos at Motorola events or hogging of centrestage by its spokespersons. Not that everyone has liked the approach – many feel Mathur should have been more assertive, and feel that this has caused a bit of confusion among consumers, as no one seems to known where Lenovo and Motorola stand today. In fact, many consumers do not even know that Lenovo has taken over the brand. It was almost as if Motorola was still a brand in its own right.

“It is, isn’t it?“, laughs Mathur, when told this. “It is a great brand. An iconic brand. Why would we try to muck it up?” To its credit, Lenovo does seem to have this knack for taking over businesses without harming their products – the handling of IBM’s ThinkPad series is a terrific example of a brand not being meddled with by a new owner (the recent resignation of Rick Ostlero as Moto boss notwithstanding). But Mathur’s role in the smooth merger cannot be overstated. His quiet manner of going about business has ensured that Moto has space to breathe so far, though again there are those who wish he would take the kid gloves off (he does, according to some of our sources, and can drive a hard bargain, but there seldom has been any sign of this in public). Don’t be fooled by the mild manner, though – there are those who say he is hardly reclusive. “He can rock the party when in the mood,” the retailer told us, contending that the man in charge of Lenovo’s cellphones in India could comfortably hold his own on a dance floor.

One place where he does not feel quite as much at ease, ironically, is on stage. He is no Hugo Barra or Vineet Taneja, and truth be told, does not seem too bothered by it. He is not a quote machine, does not work the audience or do over-elaborate presentations. If anything, he avoids making remarks about competitors (“You cannot keep thinking of the competition. You have to define yourself on your own, not react to nor follow someone else,” he said in reply to a question about a competing brand) and tries to keep things as succinct as possible with minimal theatre. He is also very wary of any “special effects” on stage. He once had to handle a presentation with a 3D model being projected on stage, and it is not a memory he relishes. “The audience could see the phone. I could not,” he recalls with a shudder. “I just kept hoping I would not do something silly.” 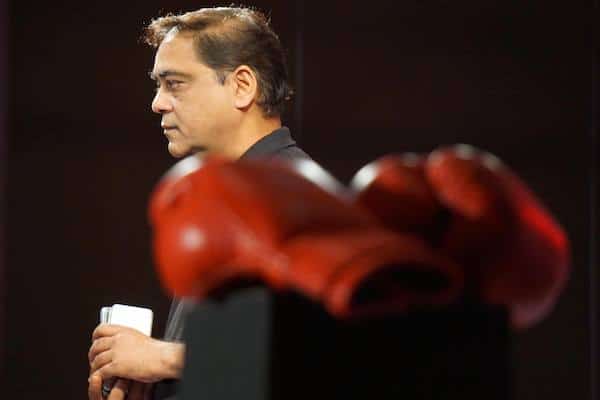 But his mild mannered way of presenting has its own virtues – the product is always the star, while he himself stays in the background (“you want a picture of ME?” He asked, in genuine surprise, when some photographers asked him to join the phone brandishing models at the photo op during the K5 Plus launch). And this penchant of avoiding the over-elaborate means that events start and end on close to scheduled times – a rarity on the Indian tech scene.

Indeed, his requests to keep presentations short and not burdened by tech jargon are stuff of legend, right from his days at Sony. As is his penchant for walking around, rehearsing his lines before a launch. This “walk and mutter” routine has reduced significantly of late, even though he still does not like to give interviews before a launch. He is unfailingly polite about it, though. “You will have more to talk about once the launch is over, isn’t it?” is the line he uses to justify giving interviews after events rather than before them. Not everyone buys it, though. “I think he just gets worried he will reveal something before the launch because he is so focused on it and is going through the lines in his head,” a colleague of mine said with a laugh. Others, however, wish he would be more geeky and upfront about his company’s achievements, especially in this day and age of brand brandishing.

For a man who has been at the helm of three major technology companies, Mathur is not too comfortable talking tech with the media. “I leave it to the experts,” he says modestly. “I try to avoid doing the launch presentations in which there is far too much technology.” He prefers talking about business, strategy and positioning. And it is not that he does not know his tech – he is a mechanical engineering graduate from the Delhi College of Engineering, after all – it is just that he prefers to be in the background. 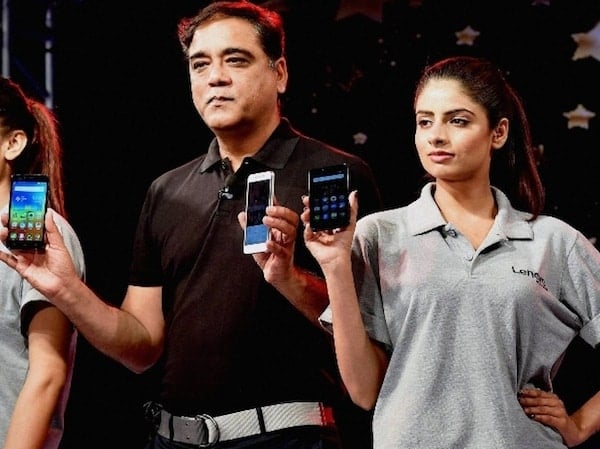 On stage itself, he is what many in show business would call “a director’s actor,” generally adhering to what is asked of him. “Ask him to wear a t-shirt, he will do so. Ask him to wear a suit, he will do so. Ask him to stand with models, he will do so. No questions. He was very formally dressed at the launch of the Vibe P1 and wore a T-shirt and stood in the middle of a boxing ring, with gloves in the corners, at the launch of the Vibe K5 Plus. He just trusts his team in this regard,” a friend told us. Small wonder that many of his presentations – and those made by his team members – are laced with banter at each other. And at the end of an event, he sits down and gives interview after interview, sometimes staying on for hours. He switches from Hindi to English effortlessly, and answers questions in detail, which tends to make his interactions on the longer side. It is not rare to see his team members sitting with their luggage packed and tapping their feet irritably even as Mathur carefully and meticulously answers every question put to him.

“This has been great, thank you,” he inevitably says at the end of every interaction with a mediaperson. He did so with me as well. And then excused himself as he went off to “grab some lunch.” There was a lady behind him on the lunch table. He handed her a plate and fork, and waved her ahead with a bow and a smile.

The man might be at the helm of one of India’s leading cellphone companies but there is neither shock nor awe around Sudhin Mathur. Just the calm assurance of a man who has seen it all. He has.

He may not seek the spotlight. But more often than not ends up in it.

Was this article helpful?
YesNo
TechPP is supported by our audience. We may earn affiliate commissions from buying links on this site.
Read Next
Lenovo Legion 5i Pro Review: Legion Or Legend?
#lenovo #Profile #Sudhin Mathur