For the past couple of years, 3D printing has started to slowly turn into a trend among geeks and hobbyists. It probably gained even more popularity since the Consumer Electronics Show at the beginning of 2014, when it attracted the biggest crowd and definitely converted some of the ones who weren’t into 3D printing before.

While there already were several apps out there for the iOS users, those running their smartphones/tablets on Android and Windows are just starting to benefit from this trend now. There are various applications that one can use on a laptop or PC as well, and many of them can be ran directly through the web browser.

Anything from creating and printing 3D models to editing existing ones and getting inspired by large catalogues full of suggestions, it can all be done using some of these tools. No matter if you’re a designer yourself or simply do it for entertainment, you can express your ideas with the one that you like the most. 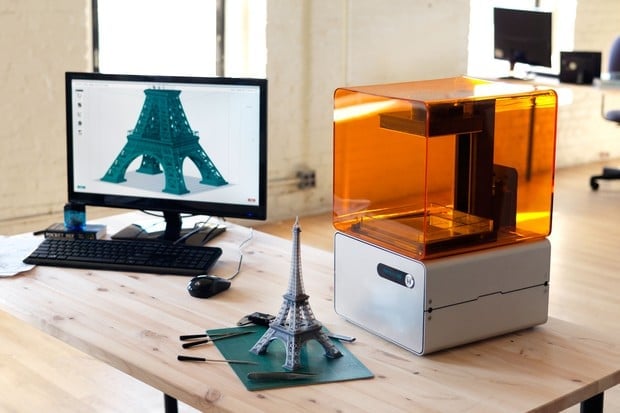 Probably the most well-known is Autodesk – an app that we couldn’t have possibly not mentioned in the beginning of our article. This one is easy to use for the beginners in the field, works well on PC and Mac, but can also be used on the web without having to install any software.

It comes with various free apps that you can use to make the most of it, and most of them also have as mobile version. For example, you could get 123D Design with pretty advanced tools that allow you to design professional-looking objects, import STL files that you already worked on, incorporate them in your current design and export your final results in STL format.

Tinkercad is also part of their list of free applications – this one being the best way to get started with your design directly via the browser. There are various shapes to use, remove, rotate or move wherever you want, and you can also combine some of them together to get the perfect shape you’ve been looking for.

3D Builder comes from Microsoft, and it has been created especially for Windows users. You can run it on a laptop, but also Windows Phones as long as you’re using version 8.1+ of this OS. You can even scan a person if one stands still and easily turn them into a 3D model.

Apart from that, though, the app lets you import existing models and create your own using various shapes that you can select. Once you turned yourself or your friends into a model, you can edit this one by smoothening it and cutting off things that you don’t want to see in the final work.

It’s available for free at the Windows Store and only comes in English for now. Letting you choose objects by category – trophies, train sets, shapes, toys & gadgets or even household – this tool can be used for various purposes. A good idea is using it for a wedding, like you can see in the video above, but it can also be useful for serious work projects.

Blokify is a simple 3D modelling software allowing adults, as well as kids to create their own models. Its main purpose is to make it as easy as possible, so that children can basically create their own toys – exactly the way they want them.

It is entirely free, but only works with iOS for now. Requiring version 6.0/later of this operating system, the tool comes in English and has been created by Noquo Inc. It comes with Facebook integration, letting anyone share their favorite models with their friends and also lets you email them to yourself or others.

The app works on both iPad and iPhone, and it comes with guided building, allowing kids to understand how to build their toy. It also works a bit like a game, letting you win diamonds whenever you move further with a design, and you can follow blue blocks in order to complete a project.

A funny and quick app that anyone can use is Sculpteo 3D. This one lets you create a model or choose one from the list, but you can also upload a photo or pre-existing 3D model that you have. The latter will be printed right away and sent to you.

Around 26 formats are currently supported, and if you’re a producer, you can switch to the PRO version of the account to create an unlimited number of such objects. This version requires a membership, and while the price isn’t obviously placed on their website, you can find out by going here.

The basic version is free to use, though, and all you need to do is to upload a model. It doesn’t require you to install anything, so it works directly through the browser. While it has been created to be used on a computer, you can as well run it via your tablet or smartphone, as long as you have the necessary file to upload on that device.

Modio 3D started with a small team of people who love creating their own things using 3D printing apps. That’s how they designed their own application to help others just like them to do the same. They launched it around an year back, and it can also be used on iPads and iPhones.

The tool requires version 6.0 or a newer one of iOS, and it’s free to download from iTunes. You can use it to create mini-robots, toys, but also anything that crosses your mind. While you can create your own, you’re also free to choose from the character kits that are already created.

The coolest feature at Modio is that it lets you design with others. By allowing multitouch, it can either be used by yourself for dragging and moving objects around with multiple fingers, or it can allow you to work on the same project with a friend or colleague. 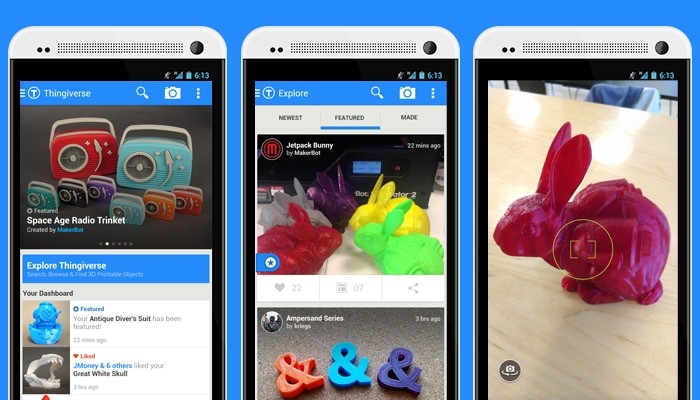 Makerbot was originally created to be used on a desktop. However, you can now explore the interesting world of 3D printing on basically any device you wish. It is a simple option that you can use for free to create your own models or play around with some of the ones designed by the Makerbot team.

You can easily pause in the middle of a project if you want to take a break, save a document to work on later and receive notifications related to the status of its printing when you’re done. The mobile versions are available for free on iOS v.7.0 and Android v.4.0.3.

If you’re looking for an app to use in learning how to 3D print, then Archipelis is a good option. This tool comes with tons of existing models to choose from, but also lets you draw one yourself or import a photo to transform into a 3D model.

Being very intuitive, it uses your sketches and the simple shapes you drew to build something realistic. It’s also been told to be the best app for designing content for Second Life. You can get the demo on your Mac or Windows PC and test it for 30 days, after which it costs around $32.5 to continue using it on a computer.

However, you can get the iOS app for only $2 – this one can be used on a tablet or a smartphone, but the downside is that you won’t be able to export the final files into various formats. All it requires in this cases is a version equal to or higher than iOS v7.0. 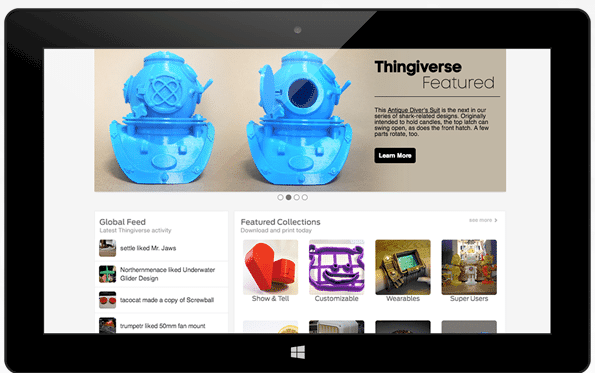 If you like to have fun with existing 3D models, Thingiverse is one of the few apps that continuously updates its catalogue. With more objects and shapes to play with every day and all of them organized by category, you can use this tool no matter what field you are in.

If you’re into photography, there’s a special category for it, too. The same for fashion, topography and dragons. You can create some models by yourself, too, and all this is free as long as you sign up and create an account.

The cool thing about Thingiverse is that it has various conversation groups allowing engineers, game makers, mathematicians, as well as people who are passionate about robots, Raspberry Pi and pretty much anything to talk to others just like them. In terms of mobile devices, you can only use this app on Android 4.0.3/up for now, and that includes both tablets and cellphones.

Was this article helpful?
YesNo
TechPP is supported by our audience. We may earn affiliate commissions from buying links on this site.
Read Next
12 Best Free PDF Readers for Windows and Mac in 2023
#3D Printing #Best Apps