Fitness bands, smartwatches and activity trackers all of these lifestyle devices are differentiated with a blur line. Although some of us might prefer to go for a niche based product, for instance a hard-core fitness tracker for a fitness freak, most of the users want a comprehensive solution on their wrists. Samsung has unveiled its Gear Fit 2 and it now comes with a bigger display and a standalone GPS. As opposed to its predecessor, the Gear fit which was launched in 2014 the Gear Fit 2 comes with an updated design. 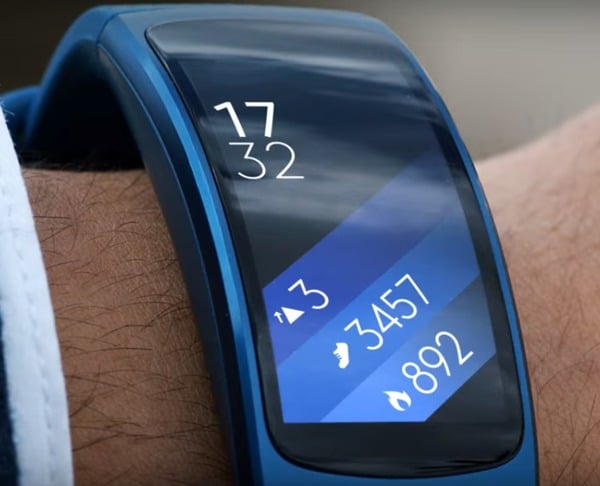 The Samsung Gear Fit 2 now sports a 1.5-inch super AMOLED display which looks bright and crisp, the data is displayed in a vertical fashion. Samsung claims that it has worked to increase the viewing angles thus ensuring best visibility at outdoors and at different angles. The Gear Fit 2 comes with the step counter, heart rate sensor, calories and like most of the fitness bands it can also detect the kind of activity you are doing.

One of the main reasons bands have been failing to go mainstream is the very fact that they depend on the smartphones to a larger extent. It is very likely that your band will use the GPS module on your phone and thus eventually feast on smartphones battery till it gives up on you. On a related note Pebble recently introduced the Core, a GPS module that reduced the dependency on smartphone to such an extent that one could use the watch as a standalone device.

Just like Pebble, Samsung has also integrated the Spotify app into the Gear Fit 2 which will let users stream their Spotify playlist on the go, this reminds me of the iPod Shuffle I use to own years ago. The band can also be used for controlling music apps on the phone with Bluetooth. Thankfully it also comes with a 4GB storage wherein one could store their favorite tracks and play it along their fitness regime. 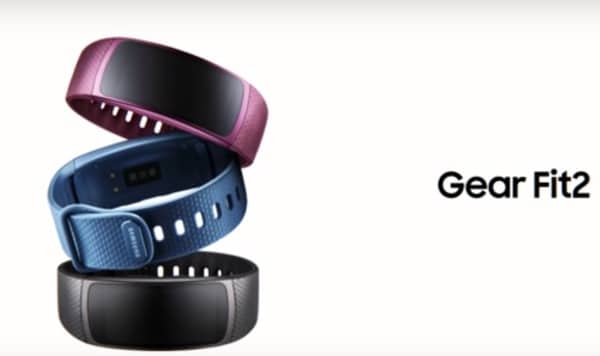 While it does pack in all the features the battery life is of paramount importance, Samsung claims that the Gear Fit Band 2 will last for three to four days with the usual usage pattern and would last for five days in standby mode.

Samsung Gear Fit 2 will retail at $179 and will go loggerheads with Microsoft Band 2 which also comes with similar features and retails at $199. Pebble 2 with Pebble Core will also shape up as a competitor for the Gear Fit 2. Overall it seems that Samsung has tried to squeeze in the best of the features and yet keep the price tag undisturbed at the sub $200 mark.