Pebble has always been known to smash Kickstarter records, the first generation Pebble watch raked in an excess of $20 Million and the Pebble 2 Watch has already harvested an excess of 6-Million with 32 days to go. It is very likely that the total moolah might cross the $20 Million barrier. This is the third time Pebble has been on Kickstarter and this time around they have also come up with a small clip on device called Core which would let Pebble work as a standalone device without the need for the smartphone to be in the vicinity. 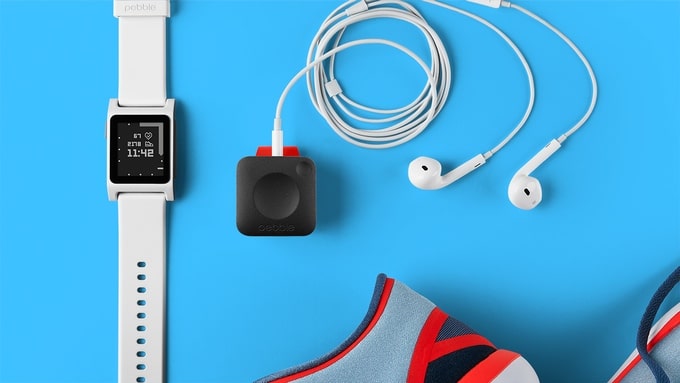 Pebble 2 carries on the design DNA from its predecessor, the smartwatch looks similar but under the hood Pebble 2 is equipped with more armory this time. The Pebble 2 now packs enough grunts to take on fitness bands like FitBit without compromising on its other abilities.

The Pebble 2 comes with the same 1.26-inch E-Ink display with Gorilla Glass protection and battery life seems to be unhindered at 7-days. The casing and the overall body is however marginally thinner and the product will start shipping from September. Pebble 2 can be preordered from Kickstarter at $99 post which it would be sold for $129.

Pebble Time 2 comes as a much sleeker and compact formfactor as opposed to the Pebble 2. The display is bigger and offers better resolution as opposed to its predecessor. The best part of the deal is that the Pebble Time 2 now comes with Heart Rate monitor and will ship starting from November. Pre-order price for Pebble Time 2 is $169 post which it will be priced at $199.

As we talked about it earlier Pebble has already smashed KickStarter records with $10M campaign in 2012, followed by $20M in 2015. The current Kickstarter project also looks promising and the chances are that it might cross the $20-Million mark. If you are on the lookout for a smartwatch laced with fitness capabilities the Pebble 2 might just make the cut.

TechPP is supported by our audience. We may earn affiliate commissions from buying links on this site.
Read Next
Wear Graphene Gamma: One Jacket to Rule Them All
#Kickstarter #Pebble 2