LG recently launched its new K Series phone in India which was first announced around CES 2016 in January. Both the LG K10 and K7 sport 4G LTE and dual-SIM connectivity, and in this review we will be taking a closer look at the LG K10 which is priced at Rs 13,750 and competes with many other worthies in its price range. Before we get into the details, here is a brief overview of the phone:

LG K 10 LTE is a decent Android phone when it comes to Looks and Design, even though it comes with a plastic build. The phone performed nicely on various factors including app performance, gaming and battery, despite not packing the same powerful specs as its competitors. The only place the phone takes a step back is the camera. Lastly, the phone faces a stiff competition from Xiaomi’s Redmi Note 3, LeEco Le 1S, ZUK Z1 and the Moto G4 Plus. 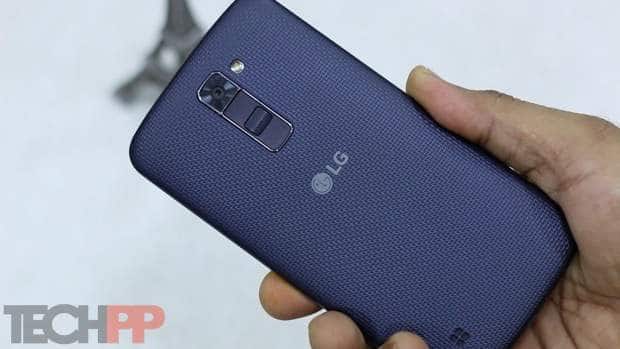 The rear of the phone has glossy pebble design which will attract a lot of attention. Our Indigo unit just looks beautiful, delivers premium quality, and we will never think of grabbing a case for it. It also comes in White and Gold colors. The next thing to notice about the phone are the curves. There are no sharp lines anywhere, and the screen in the front blends really well with the frame. While this gets ergonomic experience, but be careful when putting it up from table, because it keeps slipping away.

Coming to the experience part, the display looks impressive even at HD (720P) resolution. It is crisp, clear and delivers clear readability in direct sunlight. However this come with bit of annoyance when the ambience changes, the display takes bit of time to adjust. This spoils the experience if you take out your phone all of a sudden from your pocket while walking in the broad daylight.

On the rear, you can find the LG signature power button along with volume rockers. Right on top of it is the camera module along with single LED flash. While the power button experience was just fine, but pressing the volume rockers was bit tricky. Accidental clicks were often, and since they can launch apps when display is closed, it gets messy sometimes. 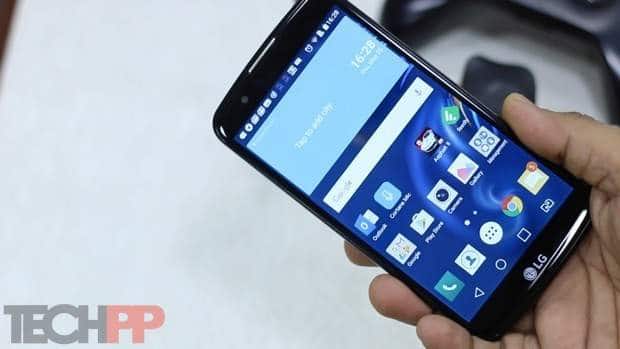 The K10 sports a 5.3-inch 720P (HD) display which is protected by a screen guard. This also means that the glass is not scratch proof. When it comes to processing power, the phone houses a Snapdragon 410 Quad-core 1.2 GHz Cortex-A53 64-bit processor with Adreno 306 GPU. You get 2 GB of RAM with 16 GB of internal storage of which you get around 12 GB if free space. After installing the required apps, the free storage reached to 7 GB. The battery included is 2300 mAh. Sadly, there’s no notification LED present on the phone.

The phone supports most 4G LTE bands in India, but only for the first SIM. The second SIM only supports 3G data, and there is no hot swapping provided. The Indian version of the phone will ship with Android 5.1 although some variants of the K10 seem to ship with Marshmallow.

So how was the experience as a daily driver? This is probably the best part of the phone. It’s very stable when it comes to using apps on a daily basis and gaming for long hours (heating is on lower side, and bearable).

K10 is loaded with LG’s custom interface which delivers a smooth experience. No Hiccups, no lags, and has well organised tabbed interface (settings) which makes it easier to find things around, when you need them. K10 uses on screen navigation buttons which can be customised to one’s liking. The default is to switch between SIMs which is handy if you make calls, but you can also add Notification Drawer and Capture. The former is useful if you have trouble pulling down the notification drawer all the time. Things are kept simple, and there is not much of learning curve there. 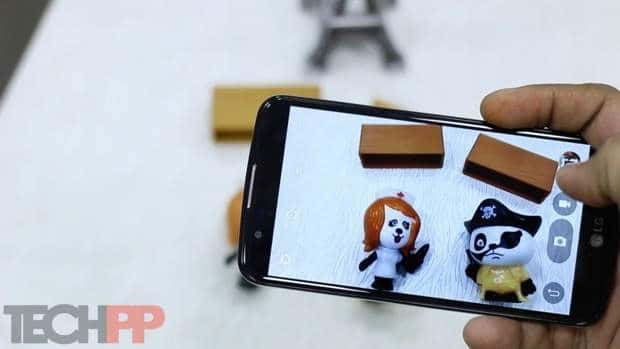 Megapixels dont matter. K10 is a classic example of that. Even though the phone houses a 13-megapixel rear camera, focusing on objects, saving pictures, and overall quality disappoints. The details, the color reproduction is much below par. The problem increases further when you want to take pictures in low light. The camera interface included in the phone is at bare minimum.

There are no extra settings, no HDR, no panorama. This is surprising, and disappointing that camera being the most used feature in the phone, LG managed to fail here. Is Snapdragon 410 to be blamed here? We don’t really no.

This got us a bit disappointed as well, because the audio experience from speakers is bad. It’s neither loud, nor clear. If speaker is your choice for consuming online and offline media, you might want to skip the K10. The earphones which come with the phone aren’t comfortable fit either. Another problem which we faced was with audio recording which impacted big time when using WhatsApp. You need to speak too loud to record audio, and even then the audio is not clear.

The phone includes a 2300 mAh user replaceable battery which lasts for about 9 to 10 hours with average of 3 hours of screen on time. This should get you through the day without a problem, but make sure to carry a charger along (or a spare battery). The phone lacks quick charging support, and takes a long time to charge. 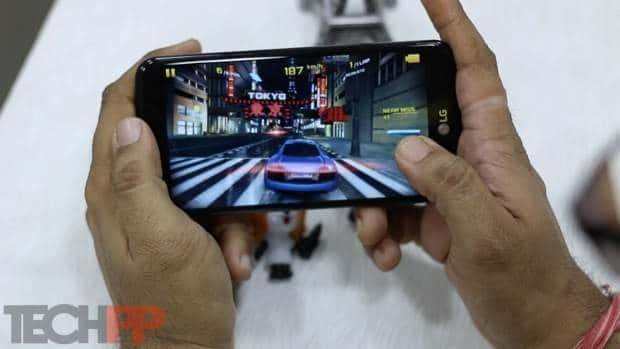 LG K10 LTE is selling somewhere in between Rs 12,000 to 13,000 which feels a little high because the phone has to compete with the popular handsets in the market including Xiaomi’s Redmi Note 3, ZUK Z1, LeEco Le 1S and Moto G4 Plus which come with better specifications and performance.

But not everyone is comfortable with so-called Chinese phones. If we have to give this phone to a regular user, he won’t feel any annoyance as the phone is pretty stable from performance perspective. The camera is still questionable though. However, with so many phones in the market, the end user will tend to compare the phone for its build, and specs with other phone, and this is where things get tough.

In our opinion, if LG would have priced it in sub Rs 10,000 category in India, it would still have a chance of making some good numbers.

Was this article helpful?
YesNo
TechPP is supported by our audience. We may earn affiliate commissions from buying links on this site.
Read Next
Stuffcool PB9018W Magnetic Wireless Powerbank Review: Actually the perfect iP...
#Featured #LG K10 #review