Top 10 Exciting iOS 10 Additions You Should Look Forward to

Apple’s tenth major update for their mobile OS is finally here. As expected, it is filled with a series of crucial additions their mobile operating system has been criticized for, especially after a keen focus on Artificial Intelligence in the industry. While the keynote was divided into categories, 3D Touch improvements, and machine learning advancements are the one that are going to bring life back to iOS. But the real big thing about iOS 10 is how open it is in comparison to previous versions.

Well, here are the top ten features announced with iOS 10 that you should look forward to.

1. The Tale of Three: Widgets, Live Updates, and Lockscreen. 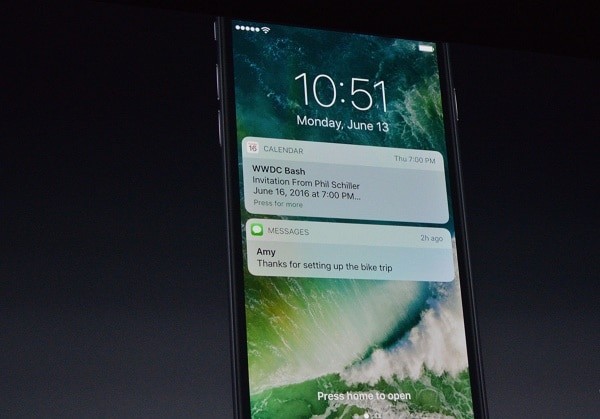 Apple has entirely revamped the boring old lock screen for the iPhone, it now shows richer notifications or “Live Updates” and users can directly integrate with them with the help of 3D Touch. Additionally, using 3D Touch, you can also expand the notification for operating through a little window. The lock screen arrangement you are familiar with for over ten years is altered too with three pages – widgets on the left (Android nostalgia?), notifications in the center and swipe left for getting into the camera app. Apple has, this time, included a much demanded and popular feature – raise to wake that basically shows you the lock screen whenever the phone realizes you’ve picked it up. 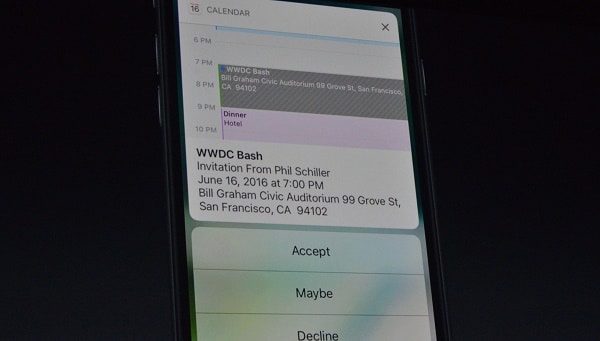 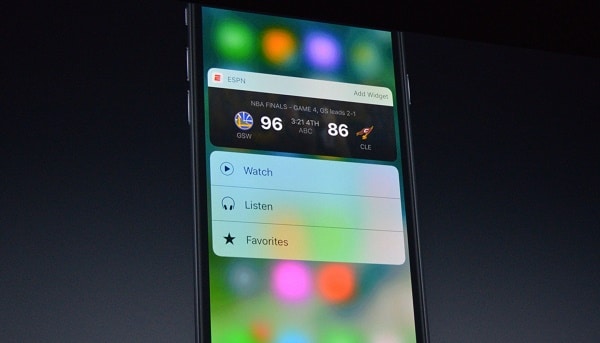 Along with the lock screen enhancements that are oriented around the extensive use of 3D Touch, iOS 10 also brings a much sensible interface for the same on the home screen. 3D touching an app icon will now pop out a standalone widget instead of a list of actions. Hence, you no longer require launching the complete application at all times. For instance, you’ll be able to view the latest scores or watch the video highlights without opening the actual app at all. 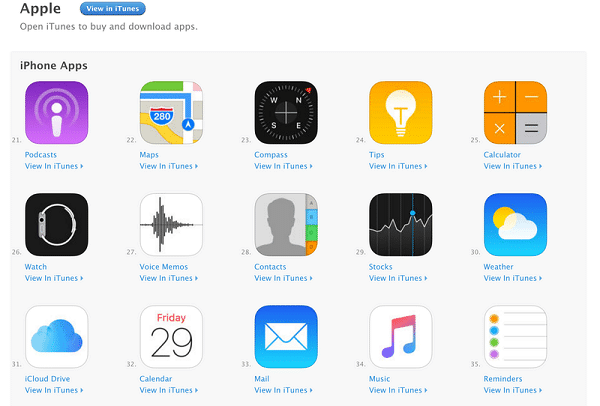 The one key feature for most users struggling with storage is the ability to discard those default applications. Yes, it is happening. Applications like Weather, Stocks are all available now in the App Store if a user wants them back for some reason. Though not officially announced at the keynote, the functionality is available in the preview build. 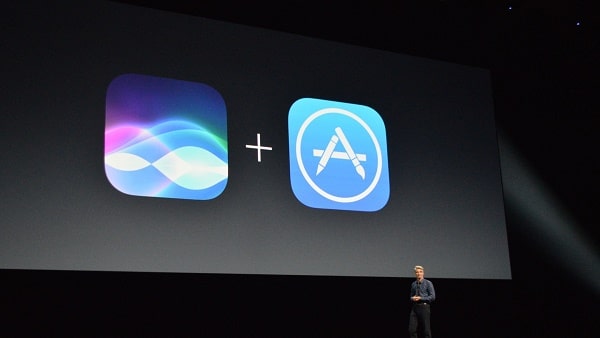 Siri’s long due third-party expansion is finally here and it will work just as one would expect. Past the update, developers will be able to amalgamate their services into Siri opening up a vast range of possibilities Apple’s virtual assistant lacked when compared to others. Now you can finally shout “Send a WeChat to Nancy” and it should open up a tiny Wechat interface right into the virtual assistant’s page to do so. Initially, Apple has partnered with a bunch of leading titles including Slack, WhatsApp, Runtastic, Skype and more. 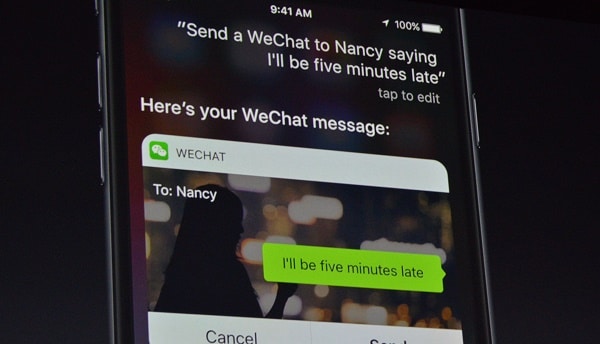 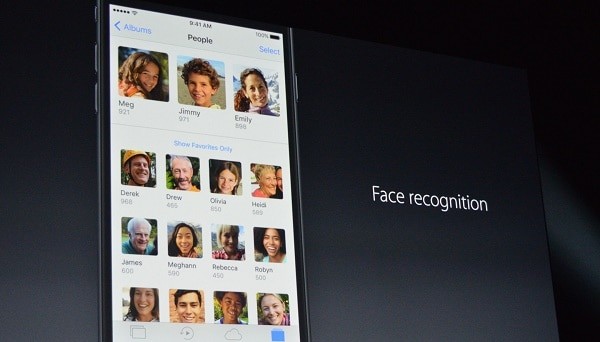 Apple has taken cues from Google for this year’s advancements and a lot of them have followed onto their Photos application. It now offers facial, object, and scene recognition using Advanced computer vision. Alike Google’s Photos platform, it can perform searches based on these computations and with the help of AI, clusters together photos to create albums for trips or a birthday party. Apple has stressed the word “local” here to encapsulate better privacy, as a result, it will be quite fascinating how effective this safer approach is. Additionally, a new tab dubbed “Memories” displays highlights, people, a map of photos’ location and more. You can also manually edit these movies, change music and stuff. Most of these features will also make their way to the Mac Photos application. Lastly, customizing Live Photos is possible too. 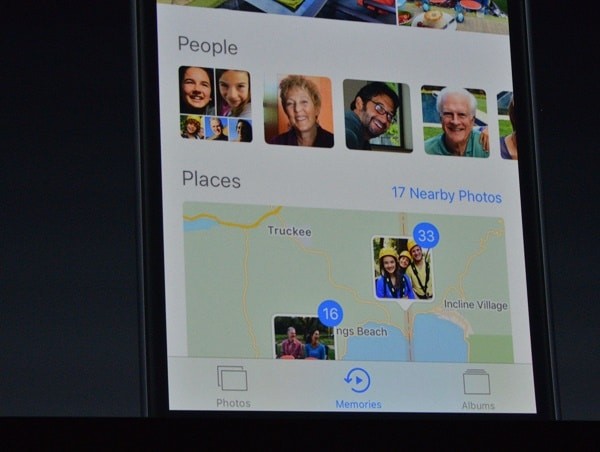 5. Newspaper? Nope, this is Apple News. 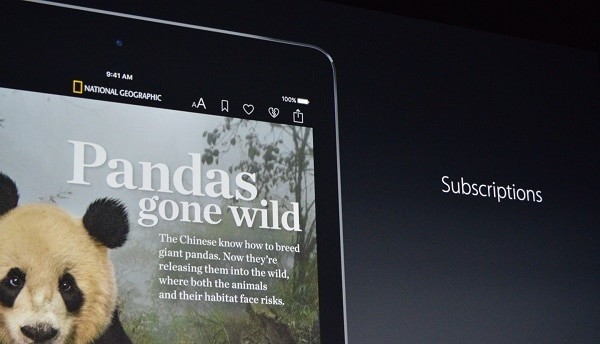 The Apple News app also received a design refresh and now resembles a newspaper at a certain level. It also now houses subscriptions and has been unified providing the comfort of reading every breaking story on the platform. You can also opt for interactive notifications which will appear on the lock screen. 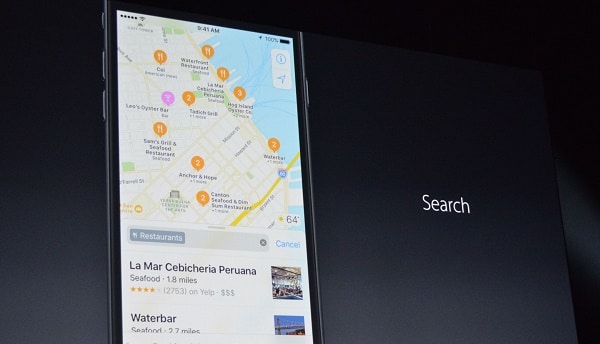 Apple’s navigation business never really took off with Google Maps available in the store. However, this time, they’ve overhauled the design into a considerable simpler affair and have added some neat smart little features. First and foremost, it now supports “suggestions” that can be pulled up from the bottom to offer you restaurant suggestions, etc. The UI has been toned down to achieve simplicity and the user can now pan and zoom in or out during navigation. The latter was welcomed with a huge cheer. You can additionally, search while the phone is navigating for places like gas stations. The biggest extension it inhibits, though, is third-party developer support. The user now has the convenience of booking a restaurant table, calling a cab straight from the Maps app. 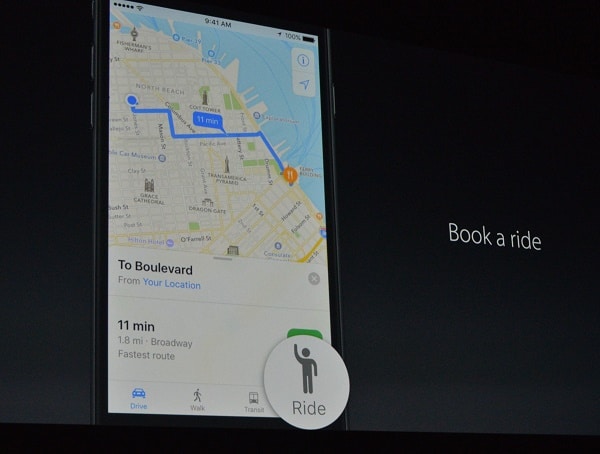 7. Apple Music Rebuild from the Ground up. 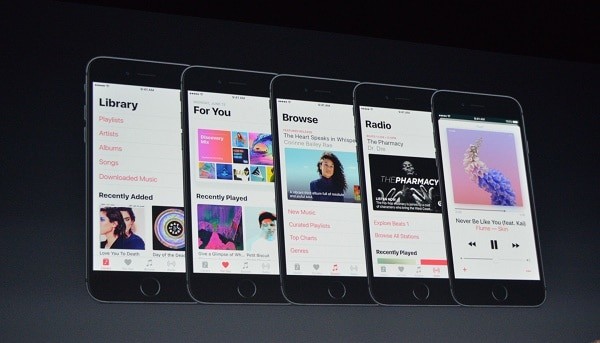 That’s the number of paid subscribers Apple Music has managed to consume in a rather short span. Keeping that in mind and to disentangle it from a complicated situation, Apple has tailored a much better-looking interface. The landing page is comparatively straightforward now with five tabs on the bottom namely: Library, “For You” which presents daily curated playlists, Browse, Radio, and Search. There’s also an extremely demanded “downloads” page and a lyrics pane for those embarrassing karaoke nights. The functionality has been maintained but everything has been just skillfully cleaned up. 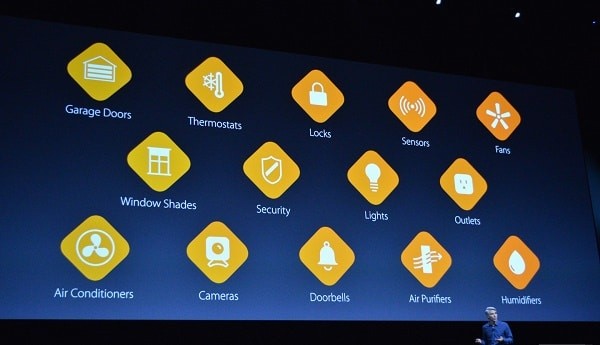 Apple’s HomeKit framework now supports a wide variety of latest accessories and devices and at last, has been packed into a single application titled “Home”. As one would expect, Home will allow you to relinquish quick control over various internet-enabled products and systems. Moreover, it supports lock screen widgets meaning you can look who’s on the door by just waking up the phone. Apple Watch can do similar yet basic tasks too. 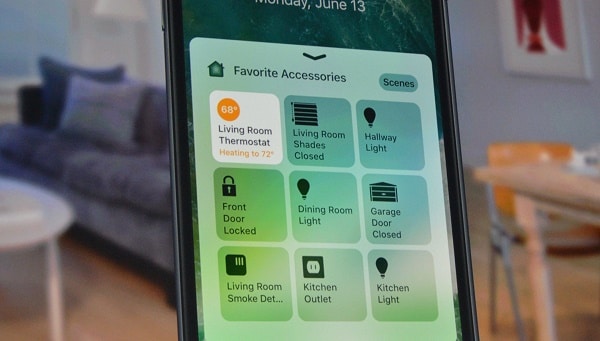 The control center now has the ability to swipe through multiple pages and there were two that Apple showcased at the WWDC. First one is a dedicated music control section leading to a less cluttered organization and the second one is for the new Home app quickly allowing you to control favorite accessories.

10. iMessage Gets Fancy and Smarter Updates 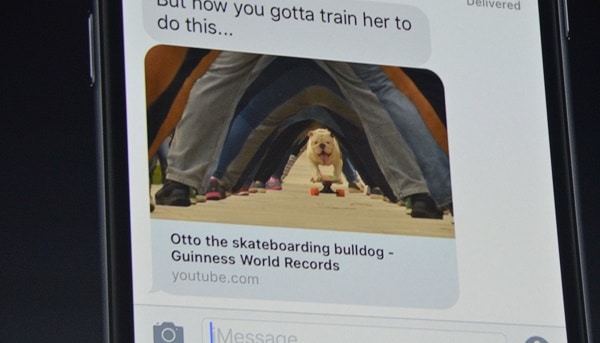 Apple’s iMessage also gets a ton of fancy new features. To begin with, it now expands links for previewing and plays video links inline – this is something Apple refers to as “Rich Links”. Emojis are now 3X bigger in terms of size and the app automatically highlights text that can be interchanged with an emoji like Pizza. I guess we will be soon waving goodbye to languages on messaging platforms. You can overlay bubbly effects on text and shrink or expand font size matching the motive behind it. Additionally, Apple has added Digital Touches, Handwritten texts, fullscreen custom backgrounds and inherited native Apple Music support. 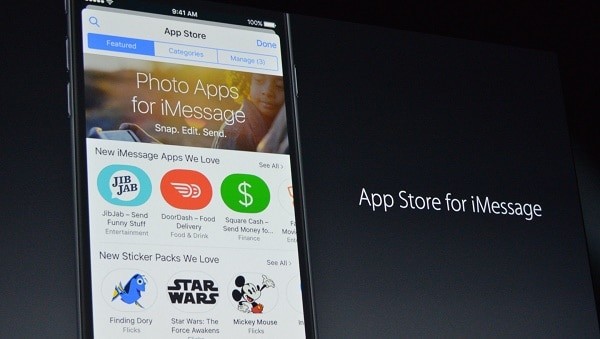 But the biggest news iMessage created was the expandability to developers. There’s now an in-built app store for iMessage where you can download little tools or bots for integrating services into chats. This is something Facebook’s Messenger has been offering for a while. You can directly order food while chatting with your friends and given iMessage’s popularity among some regions, this is going to skyrocket very soon.

Apple has definitely made some significant changes for its mobile platform without violating user privacy by not handling any data. iOS 10 does live up to its name and the Cupertino giant has partially proved that it isn’t far behind in terms of machine learning right now. iOS will be available free later this fall for devices including iPhone 5 and higher, iPod touch 6th gen, iPad mini 2 and higher, and iPad 4th generation and the subsequent iPad Air and iPad Pro models.

How to Change the Default Finder Folder on Mac [Guide]
Read Next
Photo Credits: The Verge