Apple’s new iPhone 7 and 7 Plus have already managed to create ubiquitous controversies due to the absence of a headphone jack. Although, as always, the Cupertino giant didn’t care to reveal core specifications like RAM details, battery capacity and what not. However, the latest TENAA listing confirms that the smaller of the two new iPhones, the iPhone 7 is powered by a 1960 mAh battery. In retrospect, last year’s iPhone 6S featured a 1715 mAh pack. Information for the iPhone 7 Plus is still unknown, though. 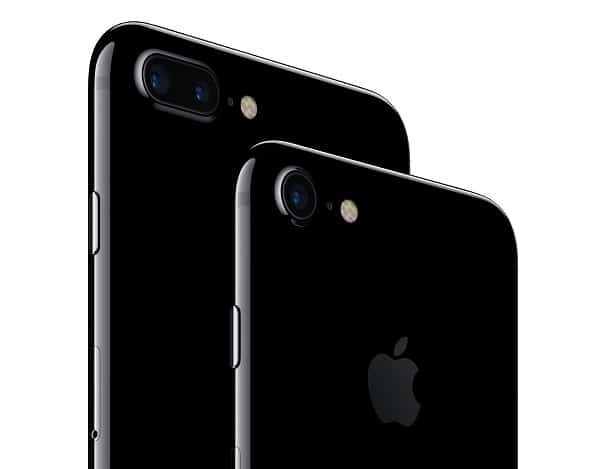 While the capacity has been upgraded a lot, Apple claims the iPhone 7 can last two hours more on regular usage. Although, we can credit primarily the new A10 Fusion processor for that as its 64-Bit Quad-Core arrangement includes two efficiency components and two for performance. Additionally, the A10 chip is said to be 40 perfect faster than the dual-core A9 SoC present on the 6S. To know further about the processor, you can take a look at our detailed story.

Apple unveiled the iPhone 7 and 7 Plus at an event on September 7th in San Francisco. While the major takeaway is considered to be the removal of the century-old headphone jack, both the devices bring some alluring new features including a force-sensitive home button, IP67 water and dust resistance, two new colors – Jet Black and Black, stereo speakers, an upgraded 7MP front camera, improved display panels and sublimed placement for the antenna lines.

Furthermore, the beefier iPhone 7 Plus comes with a dual-camera setup with one telephoto lens. Apple also promises “console-level gaming” with the A10 Fusion chipset, however, that’s mostly marketing jargon. With the new iPhones, Apple has, fortunately, ditched the 16GB variant and the lineup starts now from 32GB. Both the devices are available for pre-order in some countries and will be launching in India on October 7th with prices starting from Rs 60,000 for the base variant of iPhone 7.

With the new iPhones already being shipped to those who pre-ordered, we can expect iFixit and others to do a detailed teardown of the two models very soon, so that we get to know even more details of the iPhone 7 innards.

Update: Meanwhile, TENAA listing also confirms that the iPhone 7 Plus sports a 2900mAh battery which is again a small bump up from the 2750mAh battery on the iPhone 6s Plus. So the removal of headphone jack did have some nice side-effects we guess!

Was this article helpful?
YesNo
TechPP is supported by our audience. We may earn affiliate commissions from buying links on this site.
Read Next
Enabling, Empowering, Easing everyday life: What makes The Greatest another g...
#apple #battery #iPhone 7 #iPhone 7 Plus