We’ve seen several attempts in the past for running mobile applications on desktop computers. However, most of them have been futile or sluggish to actually prove themselves useful. Fortunately, there’s a new player in town and it’s called Remix OS Player. Remix OS, if you aren’t cool enough to know, is a full-fledged operating system that you can either install on a PC or buy a hardware that comes with out-of-the-box. It essentially merges the vast Android ecosystem with some desktop tricks like floating windows, multitasking, and more. 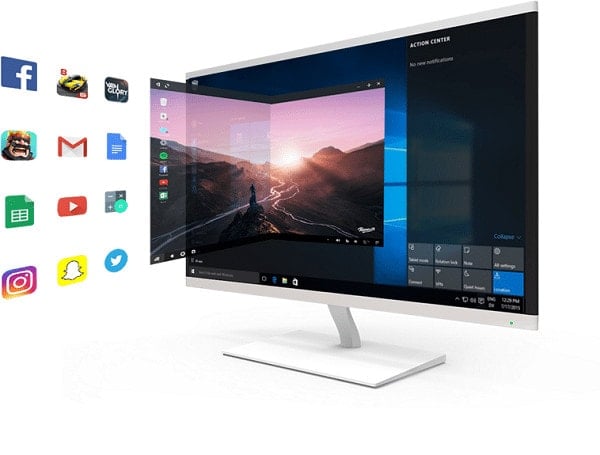 What is Remix OS Player

Remix OS Player, however, is a virtual machine or you can say “emulator” of the complete operating system which you can launch by merely executing a .exe file. It’s free and doesn’t require any setup process whatsoever. You can run any Android game or application such as Facebook, WhatsApp or Clash of Clans inside a dedicated window. It can even access Google Play services, hence, it even allows syncing Play Games’ data. Thanks to the freeform window support, you can also run two games side by side. Although, it’s not a lightweight solution and consumes about 2GB of RAM all together, so it would be a lot better if your machine has at least 8GB of RAM. Jide (the parent company) says that it will run fine on an i3 processor coupled with 4GB RAM.

How to Install Remix OS Player?

For running Remix OS Player, first and foremost, you’ll need to download the source package (about 700MB) from here. Select any host, I went for SourceForge if you’re wondering. Once done, double-click the downloaded file to extract it. Open the extracted folder and there you have it, “RemixOSPlayer.exe”. 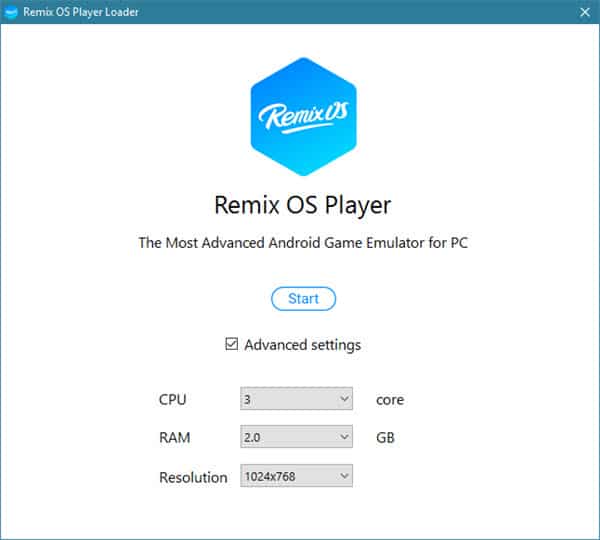 In the popped up window, you’ll see two options – Start and Advanced Settings. Tap the latter for altering hardware details for the emulator, I would recommend sticking to 2GB of RAM (unless you’re planning to play a lot of games) and a 3-core CPU. Now, click “Start” to load Remix OS. It’s will take about 10-20 minutes for booting initially. 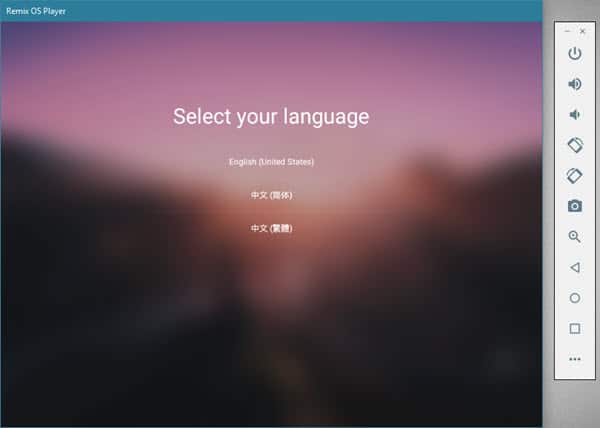 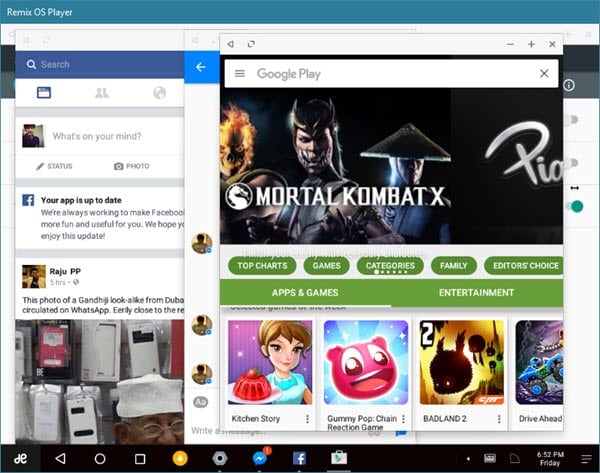 For concluding the setup process, select your language, choose any suggested apps if you would like to them start downloading immediately, and you’re done. Browse applications by hitting the Jide logo on the bottom left corner, you can move opened apps by the conventional hold and move method. For installing additional content, head over to the play store, enter your Google credentials and download any app like you would normally do on a phone. You can even check notifications by clicking the bottom right corner. Moreover, further configurations can be made through the settings and enable features like “always keep apps in landscape mode”, “auto-hide taskbar” etc. 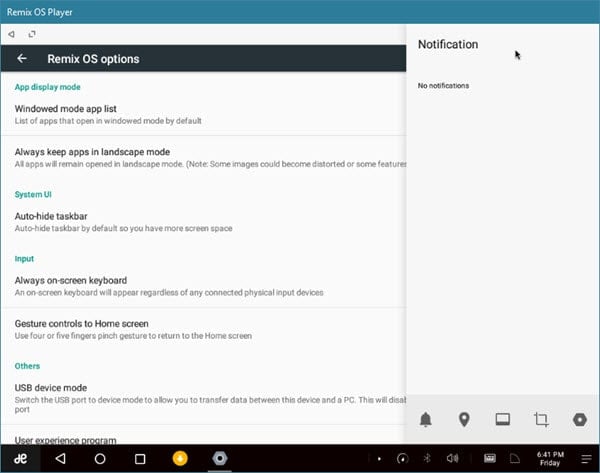 Remix OS Player is a straightforward as well as a comprehensive way of running Android apps on any Windows machine. Additionally, unlike platforms like Bluestacks, the process doesn’t feel exhausting and lengthy. Although, it is quite slow, resource-hungry and requires some optimization right now. Nonetheless, it is worth trying out once especially if you have a touch-screen.

Was this article helpful?
YesNo
TechPP is supported by our audience. We may earn affiliate commissions from buying links on this site.
Read Next
How to Train Stable Diffusion AI with Your Face to Create Art Using DreamBooth
#android apps #guide #Installation #Jide #Remix OS Player #Windows PC