LeEco is finally set to make an entry into the US market. After completing the basics including opening new offices across the country to hiring core employees, the Chinese firm has now scheduled a launch on October 19 in San Francisco, California. US bound Chinese brand often referred to as the Netflix of China is expected to announce at least two smartphones and a range of TVs at the US launch event.

As expected, an alleged LeEco smartphone have now cleared FCC certification thereby confirming the launch. The FCC certification comes soon after the company accidentally leaked a store listing of their upcoming smartphone. From the FCC listing, it appears that the Chinese firm will launch their current gen flagship LeEco Le Max 2 at the event. Besides, an unknown smartphone dubbed the Le S3 is also expected to be announced. Reports suggest that the Le S3 is a slightly modified version of the LeEco Le 2 (First Impressions) that retails in India for a price of Rs 10,999 ($165 approx.) For those unaware, the LeEco Le2 sports a 5.5-inch FHD display, Snapdragon 652 octa-core chip, 3GB RAM and 16MP rear camera. 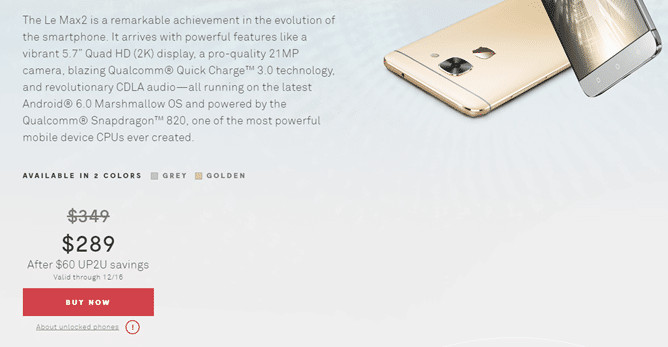 The LeEco Le Max 2 (First Impressions) on the other hand is a flagship smartphone that comes with a 5.7-inch QHD display, Snapdragon 820 quad-core SoC, 4GB RAM and 64GB of internal storage. That aside, the smartphone boasts of a 21MP Sony IMX230 backed rear camera and an 8MP front-facing selfie snapper. The leaked store listing has revealed the pricing of the smartphones too. It seems that both the smartphone will be available at $60 discount throughout December, thereby resulting in an effective price of $169 and $289 for Le S3 and Le Max 2 respectively. Besides, it also worth noting that the Le Max 2 that will go on sale in US will be available in two different colors – Gold and Silver. 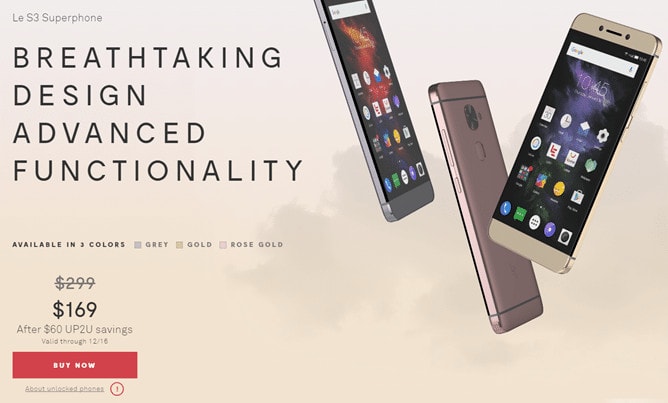 Alongside the two smartphones, LeEco will launch their Le Super4 series TV set and LeEco uMax85 TV in the country. Very recently, LeEco introduced their Super TVs in India namely the Super3 X55 and X65 4K at highly competitive pricing. The US pricing of these models, however, aren’t known as of yet. With logistic and customs in place, the company will face tough times to price the TVs similar to their pricing in India. LeEco, however, may opt for manufacturing their TV somewhere near the US if they find a market for the same in America. The Chinese firm in fact invested in popular TV OEM Vizio to integrate their own LeEco ecosystem onto their hardware products.

Well, that’s all we know so far. However, we would be updating you about the launch as we will be covering the event live from San Francisco next week.