Samsung’s Galaxy Note7 debacle has finally come to an end. The Korean giant, announced recently, that they will be completely discarding the device from its smartphone lineup. However, along with that, Samsung also displeased a whole bunch of Indian customers who pre-ordered the handset back in August. Fortunately, the company has now introduced a series of complimentary offers on its flagship phones – Galaxy S7 and S7 Edge for the buyers who pre-ordered the Note7. 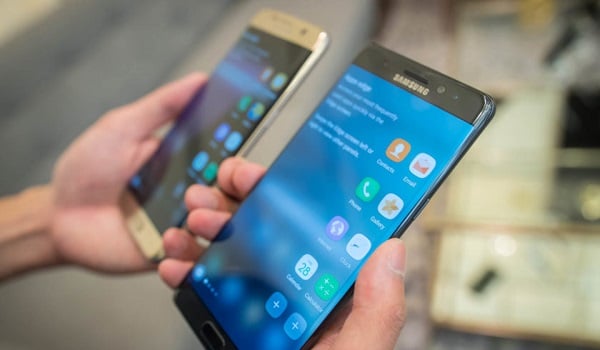 If one decides to settle for the Galaxy S7 or S7 Edge, he/she will be receiving Samsung’s Gear VR and a Samsung Level U – Stereo Wireless headset absolutely free. Additionally, Samsung will be offering an Oculus VR content voucher worth INR 3,300 ($50) approximately and one-time screen replacement for a period of 12 months from the date of activation.

Out of these, certainly the display change policy will appeal to many as in theory, it should cost a bomb for regular users. Furthermore, the package Samsung is offering in India is massive when compared to what they offering in other countries – $100. Although, a large number of consumers would have preferred a discount on the purchase. To employ these benefits, customers will need to visit the retailer or online portal from where you had pre-booked your Galaxy Note7. In case you don’t plan to buy another Samsung handset, you can get a full refund of the pre-booking amount.

Earlier today, Mashable India reported that Samsung hasn’t been responding to user queries regarding the refund despite constant complaint filings. It is evident that Samsung doesn’t want to disappoint its most loyal users from the second biggest smartphone market. The Galaxy S7 and S7 Edge are definitely still great alternatives for the price, although, as I mentioned before, a price discount might have attracted more buyers.

After implementing a global recall for over 2.5 Million units, Samsung’s troubles didn’t end as the replacements also began exploding. The company eventually had to shut down the production and kill the device from the lineup altogether. A couple of reports mentioned that Samsung might be withdrawing the Note series entirely due to the bad market image, however, we’re still far from confirming that.

Was this article helpful?
YesNo
Photo Credits: Image Credit
TechPP is supported by our audience. We may earn affiliate commissions from buying links on this site.
Read Next
Samsung Galaxy Fold 4 Tips and Tricks: Get the Most Out of Your Phone
#Galaxy Note7 #Galaxy S7 #Galaxy S7 Edge #Offers #Refund #samsung