Alongside the Huawei Mate 9, the Chinese firm has also announced a new fitness tracker. It’s called the Huawei Fit, but it looks just like a smartwatch. Well, just looks! 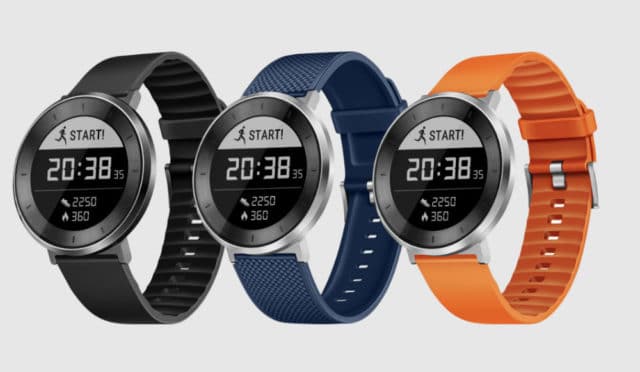 Recently, leaks emerged on the web regarding the Huawei’s upcoming smartwatch. Now, it seems that the leak was pointing to the Huawei Fit, but it’s more of a fitness tracker. Unlike what most were expecting, the Huawei Fit doesn’t run on Android Wear. The looks-wise, it sports a circular 1.04 inch (208x208p) LCD display. Essentially, the Fit looks eerily similar to the Pebble Time Round.

The Huawei Fit comes with IP68 certification for water and dust resistance. The Chinese firm claims that their fitness tracker can function in temperatures ranging from -20 to +35°C. The tracker itself consists of two parts – an aluminum watch case and a TPU watch band. Under the hood, the Huawei Fit is powered by 256 KB RAM, 1 MB ROM and 16 MB of flash storage. That isn’t a lot of storage or RAM by any means, but for a fitness tracker, that should be sufficient. But we are surprised that Huawei has bothered to disclose these specs! To keep the internals charged, Huawei has included an 80mAh battery inside the Fit, and it would be interesting to see how long can this small battery keep the fitness tracker with a smartwatch sized display alive on a single charge. 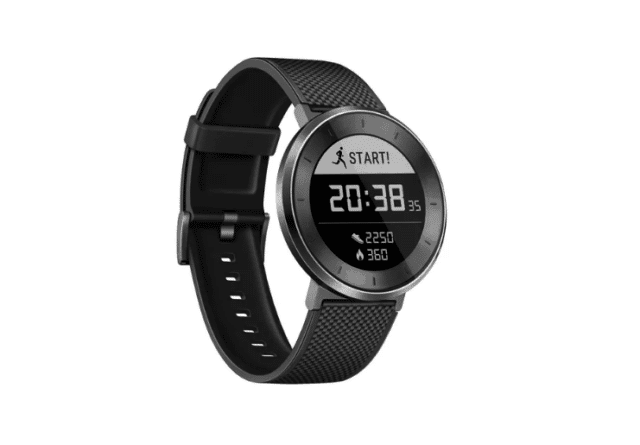 Just like many other fitness trackers that sport a display, the Huawei Fit has the ability to show notifications from various apps on your wrist itself. It can tell you when you receive a call and a message. The fitness tracker can be controlled directly from Android or iOS smartphone using Huawei Wear app. Apart from the Accelerometer and Gyroscope, the Huawei Fit makes use of a Heart Rate Monitor. The company’s own Huawei Wear app comes with features like cardio and allows you to plan fitness tasks like 5K or 10K km running goals. Apparently, the band’s inbuilt GPS help track your distance covered during exercise.

The Huawei Fit comes in Titanium Gray and Moonlight Silver color variants and is priced at €149 (Rs 11,037/$165 approx.) Apart from that, the Chinese OEM will be selling a variety of bands with multiple color options including Black, Orange and Blue. Initially, Huawei will be rolling out the fitness tracker to the following markets which include France, Germany, Italy, Netherlands, Portugal and the United States.

Was this article helpful?
YesNo
TechPP is supported by our audience. We may earn affiliate commissions from buying links on this site.
Read Next
Amazfit GTS 4 Mini Review: Mixed Feelings
#fitness tracker #Huawei #Huawei Fit #wearables