Snapdeal and Freecharge Launch “Wallet on Delivery” Payments; Can They Sustain in the Long Run?

While India continues to struggle to live with one of the boldest moves ever executed against corruption and fake currencies through currency demonetization, Digital Payment solutions like Paytm are hoping to benefit largely due to the sudden change. However, e-commerce platforms who were dealing with tons of everyday cash-on-delivery (COD) orders, are still finding it hard to sustain such large numbers. Fortunately, Snapdeal seems to have figured out an intuitive way out of this muddle and it’s called “Wallet on Delivery”. 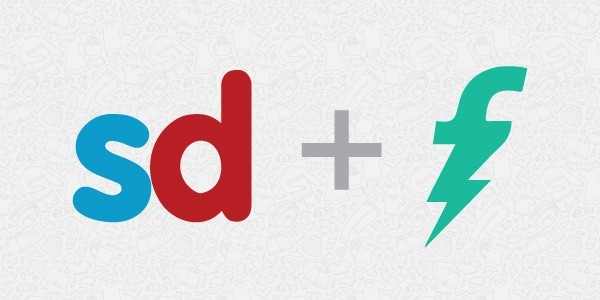 A case for Digital Wallets

Snapdeal, which also owns Freecharge, has unveiled a new payment solution for postpaid orders – Wallet on Delivery. Just like it sounds, this will enable customers to pay via their Freecharge wallet once the package has been delivered. The process is also quite hassle-free – users will receive a PIN associated with the order in their Freecharge app and once completed, the sum will be transferred automatically. The method is indeed, absolutely straightforward as well as convenient and has been implemented at an appropriate time. Customers can still, though, pay through cash if they have the valid denominations available. The WoD service will be rolling out in phases throughout the country starting from today i.e. November 10th.

Furthermore, minutes after this announcement, Freecharge’s biggest rival, Paytm also stated that they’re too working on a similar feature titled Paytm on Delivery (POD). With services like this, companies will definitely see a significant surge in their businesses as they will be allowing users to use e-payments on the delivery which will surely give them a sense of credibility. Freecharge and Paytm are already profiting substantially from this, the former saw a sharp 12X spike overnight. While Paytm hasn’t exactly revealed the numbers, they too mentioned that downloads and transfers have exceedingly crossed their average intake.

Is there a Long Term need for digital wallets?

Digital wallets have seen a major rise in the last year or so with integrations for various everyday services such as Uber, DTH, petrol pumps, and more. Due to the lack of cash available, the next few weeks will impact greatly on how Indian consumers use them and whether they will continue to in the future. The latter question, although, has a serious hurdle that is bound to affect the transition – the current cash crunch is temporary. The RBI has already started rolling out the new Rs 500 and Rs 2000 notes. Although there are some restrictions being placed on the maximum amount one can withdraw in ATM and directly from banks, that’s only for a few weeks till things settle down. Hence these companies will have to devise ways for standing in the long term. It is certain most people will be rolling back to their regular lifestyle as soon as the circulation of newer notes streamlines. Additionally, in order for e-cash to succeed, Amazon and Flipkart will have to follow up as they’re the primary e-commerce platforms.

Commenting further on the launch, Kunal Bahl, CEO & Co-founder of Snapdeal said, “The launch of Wallet on Delivery is an absolute need of the hour for consumers. More than a year ago, we had made a strategic decision to build India’s best digital payments platform to offer the fastest and most efficient payments experience in the country. The launch of this new feature by FreeCharge shortly after the announcement of the demonetization of Rs.500 and Rs.1000 currency notes demonstrates our speed of execution in ensuring consumers’ needs are met in real time. We are delighted to continue our contribution to the Hon’ble Prime Minister’s vision to build a cashless society.”

It’s impressive that Freecharge has acted swiftly to devise a workaround for CoD payments, and PayTM is working on the same. Will they manage to sustain the interest once the cash crunch ends? We got to wait and see.

WhatsApp Payments: UPI-based payments service starts rolling…
PowerToys Run: Find and launch apps with Spotlight for…
Future of In-App Payments: Duopoly vs Choice
How to Check if Your PC Can Run Windows 11
Handing your phone to a friend? Make sure they can use only…
iPhone 11 Pro Long Term Review: The iPhone...in Ten…