Why I Moved to Simplenote and Probably You Should Too

As I was jotting down notes for a story on Google Keep, I noticed something peculiar – a major part of the file was missing. It was outrageous as the research behind that took a significant amount of time and watching it just disappear was utterly disappointing. I made some searches and ask a bunch of my colleagues to see if there was any issue with everyone and it turns out, Google Keep isn’t particularly impeccable at handling multiple device synchronisations. That is somewhat ironical given it is cross-platform compatible. It was time to move on and after trying out a couple of other applications, I settled for Simplenote.

Simplenote is everything note-taking apps are supposed to be – they should digitally resemble the experience of a notepad in the most sophisticated way possible. There are no superfluous animations, coloring, and features I don’t necessarily require to feed the information. It’s merely a list of your notes, comes with tagging abilities so that you can categorize them, has a recovery option in case you would like to restore a deleted file, even has a dark theme, and most importantly, manages multiple platform sync ideally. In a nutshell, it’s simple. You just write something and don’t worry about the rest. 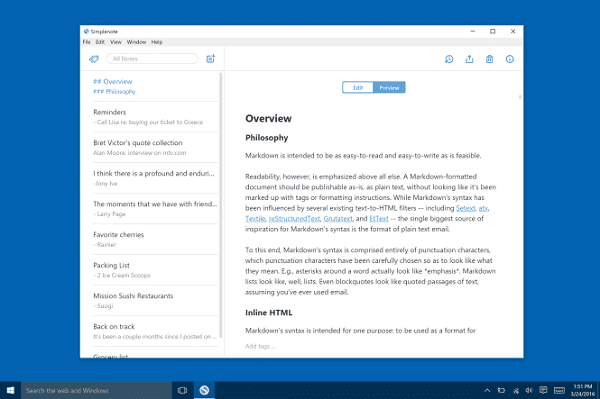 Despite being such an elementary task, it’s bewildering why I had to look for an alternative at the end of 2016 when most companies are trying to figure out how to achieve human-level accuracies in their system. This is where I had an epiphany – Technology has surpassed our daily needs and in an attempt to do so, companies have tend to ignore the core functionalities. A big part of that reflects in the productivity section where everyone is trying to reduce the effort through virtual algorithms. However, when I just want to get some work done, I mostly ignore all that and focus primarily on the content and if your product doesn’t let me do that in tranquillity, it’s a shame.

Even with comprehensive platforms like Evernote, consistency has been always lacking for me and as a result, I never have been able to use a single service for a prolonged period. These apps above all, are mediums around which my day revolves and if they aren’t coherent enough, technology definitely needs to reevaluate what users want a bit differently. Sure, advanced and intelligent solutions are being devised but the method for delivering that has undoubtedly been hindered with a scarcity of proper agenda. For instance, most companies are currently fabricating incredibly powerful virtual assistants but how many users actually utilize them daily? How many of them go beyond asking the weather or playing around?

In a hunt for the next big thing, industry leaders have left behind the crucial base required to push their products forward and streamline them in the mainstream market. When I began using Simplenote regularly, I perceived how comfortable you can get if the service is even barebones. That’s primarily because your requirements have been largely overshadowed by a competitive arena where each participant is trying to outrun another.

Breaking out of the Bubble 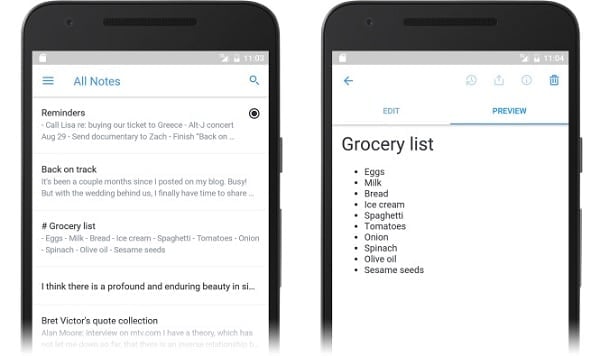 Simplenote, as I mentioned before, doesn’t feature any unnecessary components that would make it feel inconveniently complicated. You just launch the app on your desktop or mobile and start typing. That’s it and turns out, it is everything I ever wanted from a note-taking app because I actually don’t want it to get any better unless the process remains untouched. This condition is perfectly analogous to sticky notes everyone used to pin to their laptops – write something down, stick it, and it will be there whenever you want.

If this all isn’t particularly making sense for you, that’s because you’re still living in that feature-rich bubble where before working, you think about how should you work, what template should be used, ordered or unordered bullets, and many more constraints. Hence, to get a perspective on these things, switch to Simplenote and see for yourself.

15 Best Habit Tracker Apps for iPhone and Android
Read Next