TSMC (Taiwan Semiconductor Manufacturing Co.) seems to be making itself future ready by building a new plant to manufacture 5nm and 3nm chips which needless to say will help get it orders for future phones. TSMC has already won an exclusive contract for the A10 chips on the iPhone 7 and it seems the new facility will help them bag more of such contracts. The brand new facility is expected to cost a staggering $16 Billion and will require 50-80 hectares of land. 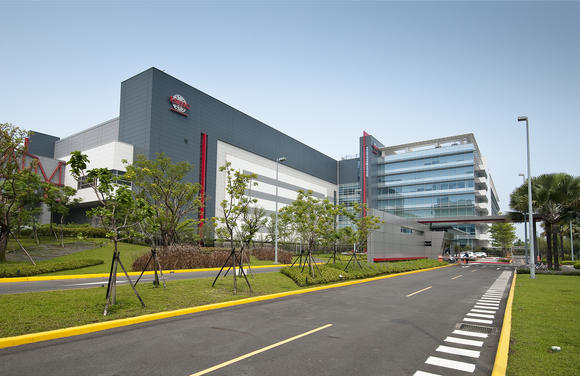 As of now iPhone 7 uses an A10 chip that is manufactured by using the 16nm process and it is rumored that the next iterative iPhone upgrade will make use of a 10nm process. The exclusive contract for Apple’s A10 chip is indeed a big thing for the TSMC as it was earlier expecting only two-thirds of Apple’s orders for the chip while the rest will still be manufactured by Samsung. TSMC has been at loggerheads with Samsung when it comes to the race of manufacturing smaller processors and in most of the aspects, TSMC is leading.

In order to maintain the lead the chip manufacturer has to arm itself for smaller processors and this means being ready for 5-nm or even 3nm chipsets. That said the first samples are expected to be out only in the first quarter of next year and that in itself shouldn’t be a problem for Apple. The bulk of TSMCs supplies are for Qualcomm and Apple and the A10 deal is said to be responsible for the record profits last month. TSMC also makes chips for Nvidia, Huawei and also MediaTek.

The quest for smaller processes will also help TSMC to tap the market opportunities in the emerging areas including artificial intelligence, machine learning and also self-driving autonomous cars. TSMC Spokesperson was quoted as follows, “We’re asking the government to help us find a plot that is large enough and has convenient access so we can build an advanced chip plant to manufacture 5-nanometer and 3nm chips.” On the hitherto, the decrease in the process size  confirms with the Moore’s Law.

How to Convert WebP Images to JPG on Mac
Read Next
Source: Nikkei

Samsung introduces Exynos 2100 5G SoC based on a 5nm…
Snapdragon 665 vs Snapdragon 675 vs Snapdragon 710: Battle…
How to use Gmail Search Chips to refine search results
Snapdragon 690 vs Snapdragon 765G: Battle of the Affordable…
LaraCroft Go and Monument Valley 2 Now Free on Android, iOS
Google now lets you Van Gogh and Da Vinci your photographs……