Lenovo had unveiled the Yoga Book earlier this year and thanks to its unconventional features the laptop stood out of the crowd. The company has now launched the YogaBook in India priced at Rs 49,990. The talking point is its digitizer pad which also doubles up as a touch sensitive keyboard. One can place the paper on the touch sensitive pad and scribble on it so that the usual pen and paper will act as input. Lenovo calls it the Halo keyboard and the dual use stylus can be used for both paper and screen. 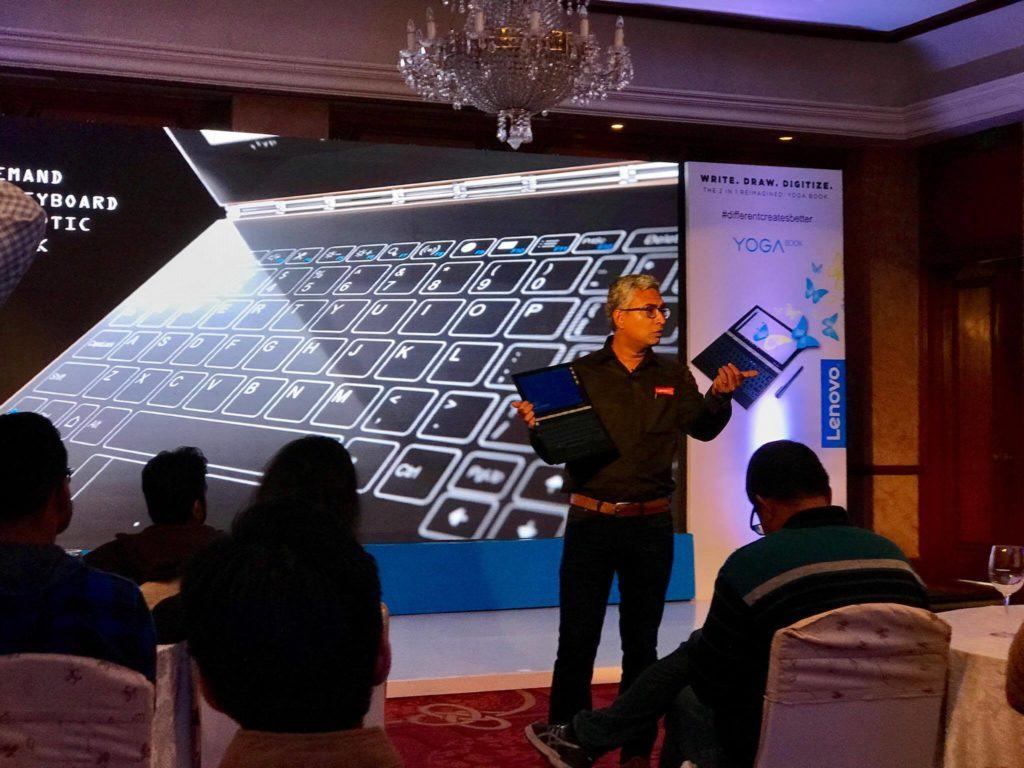 The Digitizer pad can be used by designers to create the graphics and one could also scribble away their notes on it which is then saved to the OneNote. The best part of the digitizer pad is that it lights up to become a fully lit keyboard (touch) that can be used to a normal keyboard. We wonder how it is to switch from a usual keyboard to the Halo keyboard as key travel has been one of the important aspects of keyboard feedback. 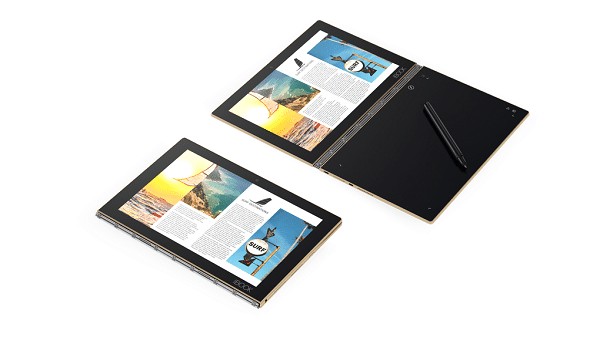 Also, with the Lenovo Yoga Book, one can simply scribble on the digitizer pad instead of the display. Moving on, the Lenovo Book comes powered by a quad-core Intel Atom x5 processor clocked at 2.4GHz and is paired with a 4GB of RAM. The storage option includes 64GB of internal memory along with a microSD card slot. The imaging setup includes an 8-Megapixel sensor at the back and a 2-Megapixel at the front. Connectivity options include 4G LTE, Wi-Fi 802.11ac, Bluetooth 4.0 and is backed by a generous 8,500 mAh battery that is expected to ideally last for 13-hours of usage. The Yoga Book comes with a 10.1-inch FHD touchscreen display.

Yet another interesting feature is the digital note taking that works similar to the Wacom Bamboo. For this, the user needs to opt for an ink-based pen and keep a pad of paper on the digitizer pad. Putting all the moving parts together is the watchband hinge which facilitates 360-degree multimode, something that the Yoga series is best known for. The YogaBook can be used as a tablet, full-fledged PC and also in the tent mode. That said, unlike the international markets India will only get a Windows 10 version of the Yoga Book. The Lenovo Yoga Book will be an online exclusive and will start retailing exclusively on Flipkart from today.

Was this article helpful?
YesNo
TechPP is supported by our audience. We may earn affiliate commissions from buying links on this site.
Read Next
Lenovo Legion 5i Pro Review: Legion Or Legend?
#lenovo #Lenovo Yoga Book