Coolpad Cool1 Review: The Coolio One!

2016 has been the Year of Midrange Phones. While for some manufacturers, it was just about cramping high-end specs into a device, for others it was about delivering reliable performance in various departments. But each offering left something to be desired, and the circle was never complete. As we dive into the new year, Coolpad wants to end the old one on a high note by dropping in a much-hyped offering that it hopes will force its competitors to up their game. This is the brainchild of its collaboration with LeEco – the Cool1. We spent some time with the device and were surprised more than once. Read on. 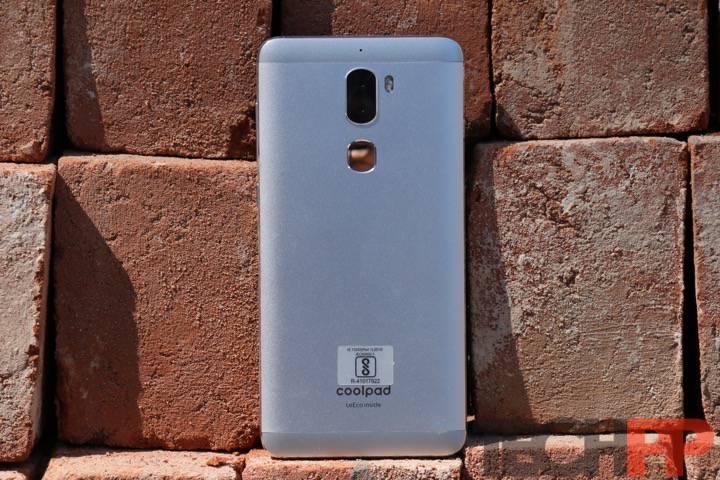 More LeEco than Coolpad by design

It might be called the Cool 1, but there is more of LeEco than Coolpad in its design. The phone is strikingly similar to the Le 1 and Le 2. It is a unibody metallic alloy that weighs 167 gms and comes with a thickness of 8.2 mm. The chamfered edges give it visual appeal and finish ensures it does not poke your palms. From a distance, the phone looks bezel-less but turn the screen on and the bezels show up – we wouldn’t complain much, though, as this is a budget phone.

There is a trio of backlit capacitive buttons and we wish the intensity of their brightness was a few notches stronger. There is no etching or lining that tells us that there are buttons out there – they show up only when the screen lights up. The power and volume rockers occupy the right side – while they are very sturdy and provide good tactile feedback, the power button is below the volume rockers, which some find hard to get used to. On the other side is the dual sim tray that takes in two 4G nano sims – no, there’s no space for adding extra memory. On top are the 3.5 mm audio jack and an IR blaster (yay!). At the base are the mono speaker and microphone, and a USB Type-C port sits in between them. Turn the phone over and this is where all the action is – the dual camera setup with a pair of 13-megapixel sensors, one of which is a monochrome one, with a dual tone LED flash. A rounded rectangular fingerprint scanner sits below the cameras. Overall, the design might seem common to the point of being rather boring, but the phone feels sturdy and good in the hands. And well built. Oh yes, and before you ask that nagging question – no, we DID NOT have any creaking issues on the screen you’d have heard from LeEco phones.

Not the brightest display around 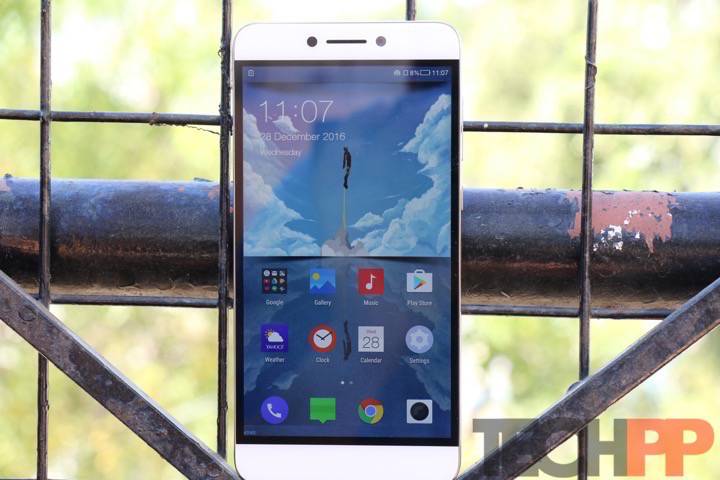 The display comprises a 5.5-inch IPS LCD screen with 401 pixels per inch (PPI) density and Gorilla Glass 3 protection. While the viewing angles are good, the screen even at its halfway mark is not the brightest for being used in indoor conditions. We compared it with other phones in the same price range, and we had to move the brightness to 40-50 percent on the Cool 1 to get the level of brightness that we were getting at around 30 per cent on other phones. It, therefore, follows that the maximum brightness will be a few notches below other phones, and visibility under sunlight could pose issues. And yes, the screen is a fingerprint magnet! We found ourselves cleaning it every other hour and hence recommend some kind of screen guard to negate this. A saving grace is provided in the form of Color Modes under Display settings that let you toggle across Vivid, Contrast and Warm tones – a handy option this.

Popping out vibrant colors and imagery off that screen is EUI 5.6 that is built on Android Marshmallow. The Indian variant comes without an app drawer and all the icons are played out on multiple homepages. The Control Center comes up with a tap of the square capacitive button and displays the open apps, toggle options and so on. We have got used to this kind of implementation after using LeEco’s phones, but for newcomers, this can be a rather awkward experience! 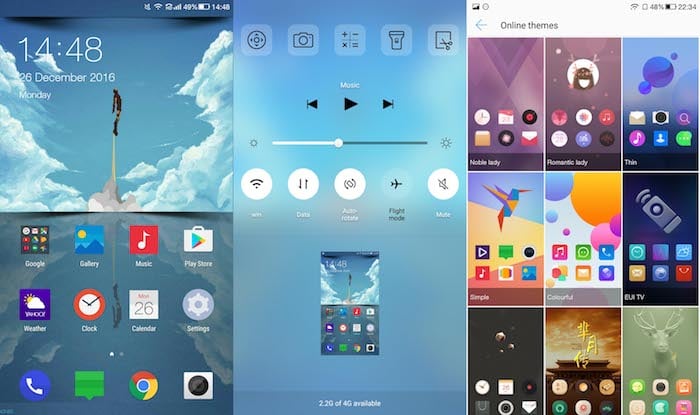 There is not much bloatware, which is good. There is a theme store but it has just nine in the overall collection, which is nothing compared to what one gets from the likes of MIUI! The overall performance of the OS is smooth and using it is a pleasure, with the touch sensitivity of the screen being top notch. This smooth performance is made possible by Qualcomm’s Snapdragon 652 Octacore processor clocked at 1.8 GHz accompanied by 4 GB of RAM and 32 GB of internal memory, of which around 20 GB is available to the user. We have seen how the Snapdragon 650 has performed with Xiaomi’s Redmi Note 3 and the 652 performs on similar lines. 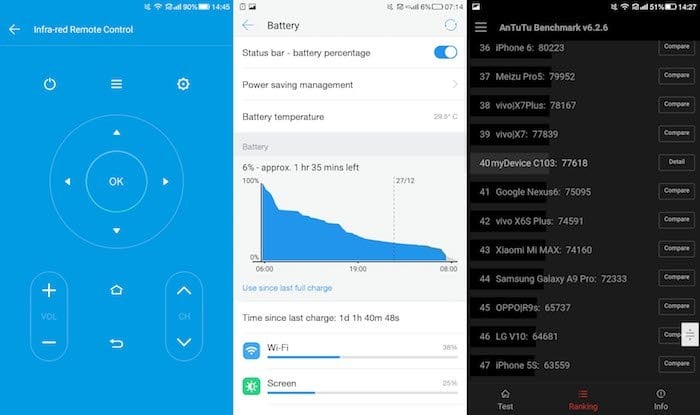 Is it all smooth sailing? Well, not entirely. Some apps kept crashing and while overall gaming performance was good, the screen transitions prior to getting into games at times get a little flaky. Asphalt 8, Nova 2, Riptide GP2 and other heavy games played just fine and there were no major heating issues either. The speaker output is loud and clear, making for an immersive gaming experience, but only when the speaker is not encapsulated by your palm holding it in landscape mode (a front firing speaker would have been better out here). The 4060 mAh battery is quite stingy when it comes to giving up the juice, across all types of usage – we were able to use the phone for almost a day and a half for medium to heavy usage patterns. Even with the heaviest load, it will still last through a full day. Coolpad mentions that the phone supports fast charging and the phone takes around 2.20 to 2.40 hours to go from 5-100 percent which is not bad at all. It stays cool as it charges up as well – so appropriate for a phone with that name. And if another phone needs some juice, the Cool1 is happy to lend some, via its reverse charging ability. 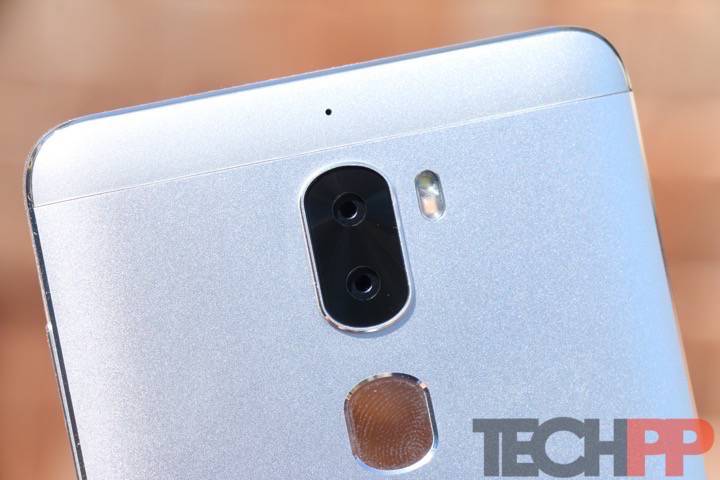 While much of the above (in terms of performance) has been witnessed in phones such as the Redmi Note 3 and a few others, one area where these phones have lagged is in taking acceptable pictures in low light/night conditions. The Moto G4 Plus was an honorable exception, but then it had its own overheating issues, preventing photo shutterbugs from clicking away. The Cool 1 delivers on this front – check out the sample images.

The dual setup of two 13-megapixel f/2.0 cameras does a very good job in daylight – true to life colors, enough sharpness retained, good macros and good white balance. The dynamic range could use some improvement, though. And when the light goes down, the magic of the secondary camera is very evident. Check out the millennium falcon taken with a single lens and both the lenses – so much of noise in the first and remarkable clarity in the second. That secondary lens can also be used to take monochrome shots and delivers good results too. 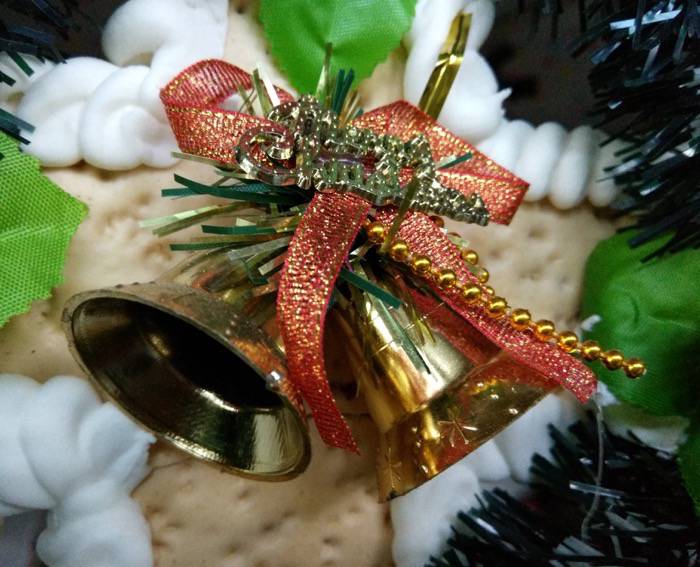 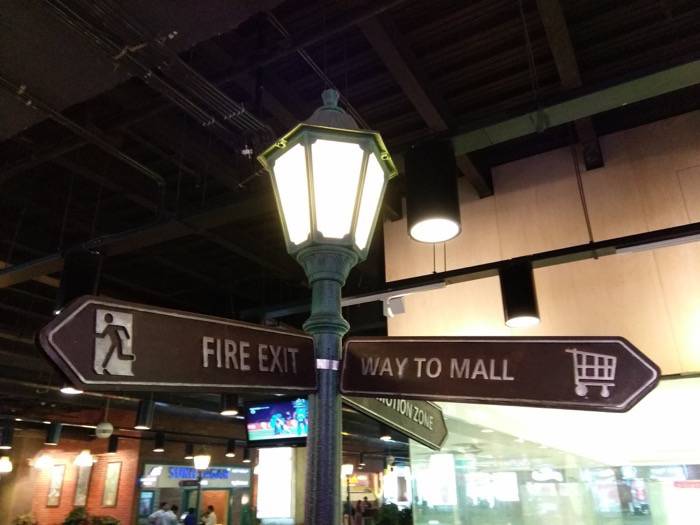 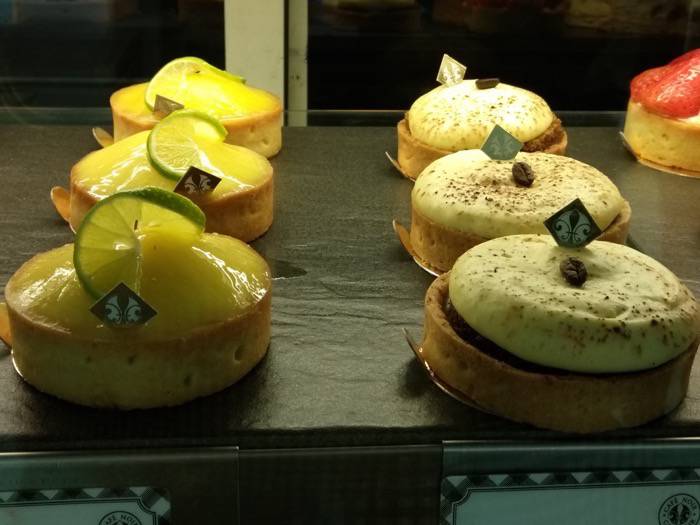 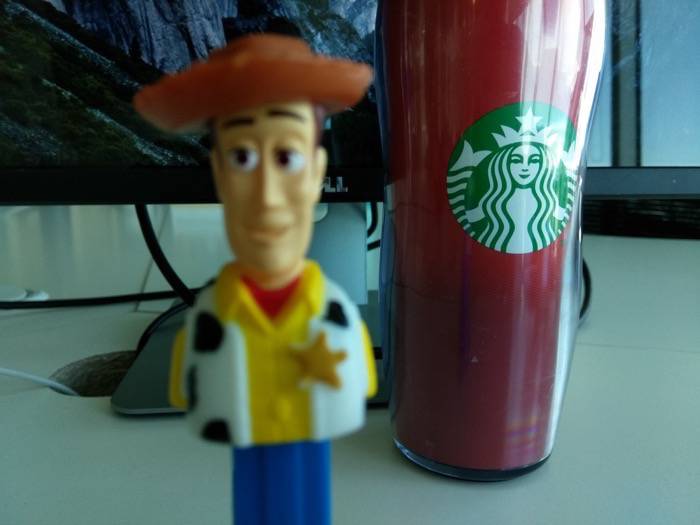 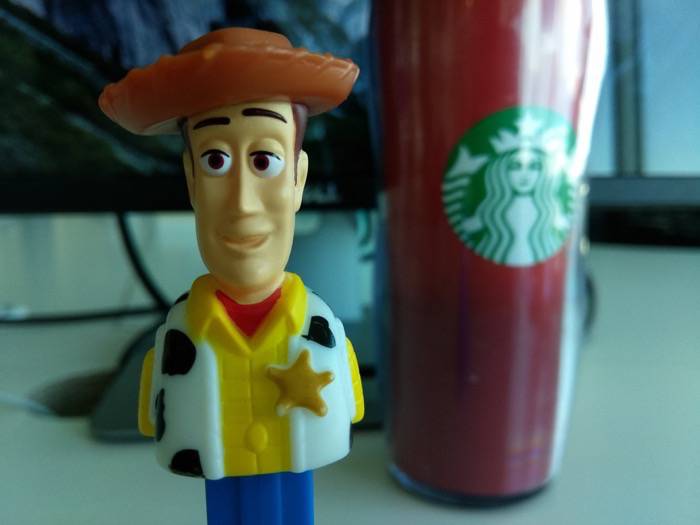 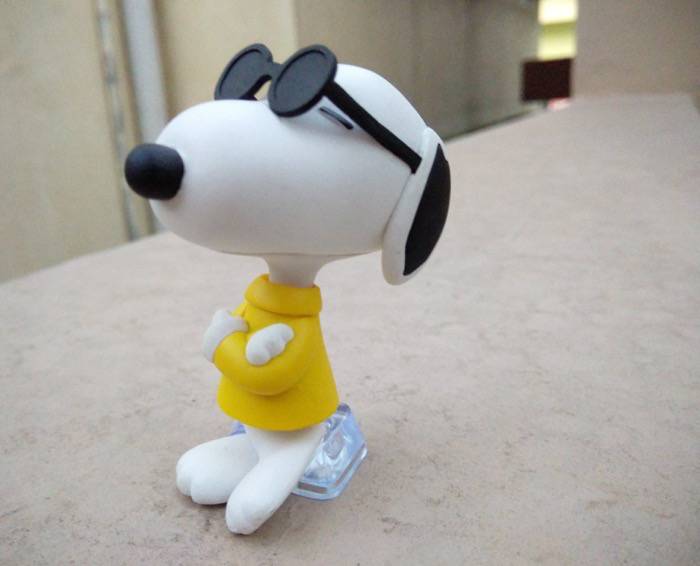 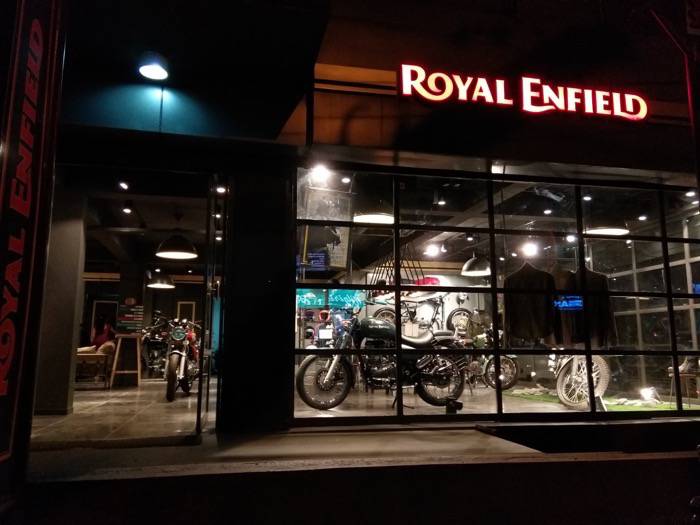 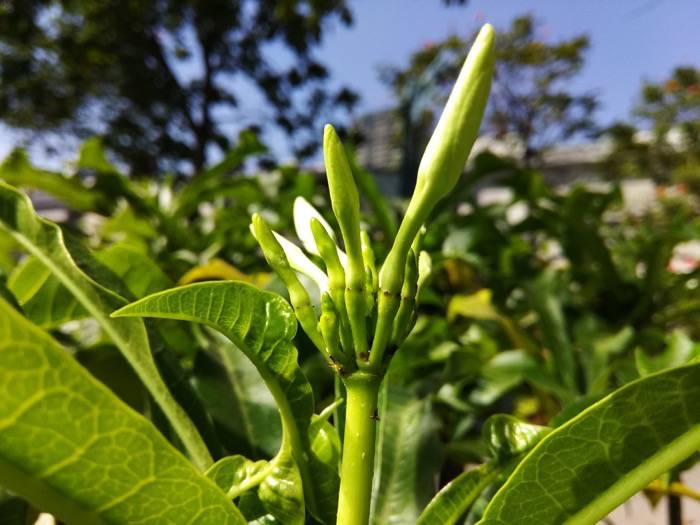 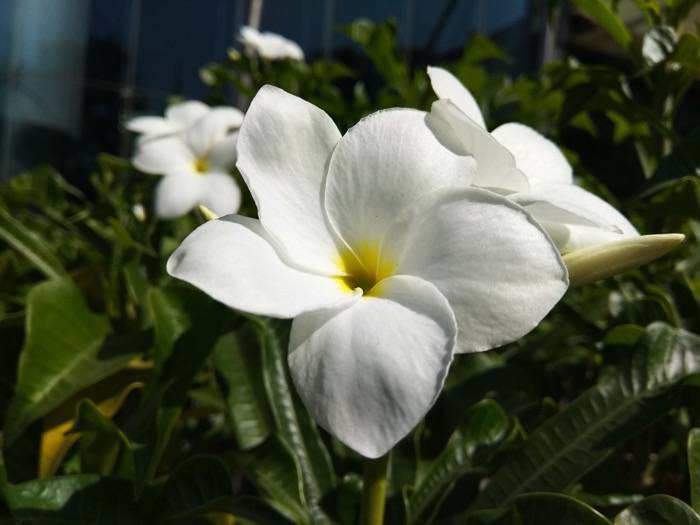 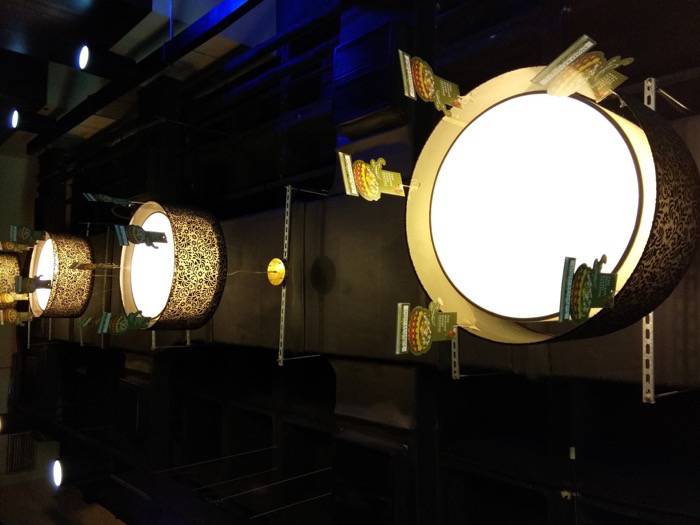 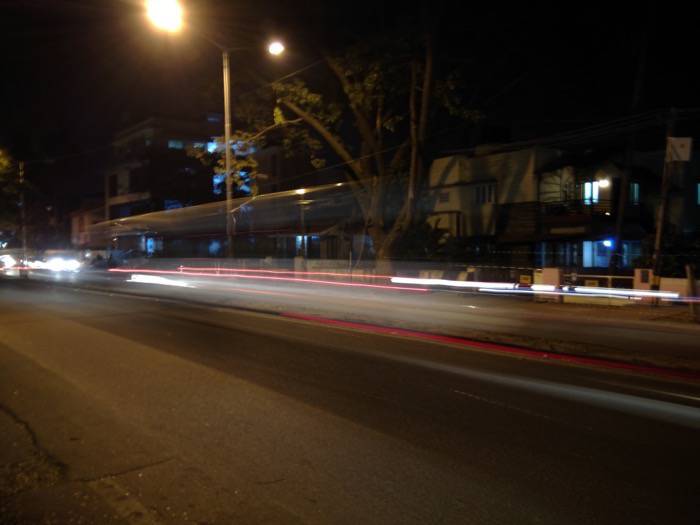 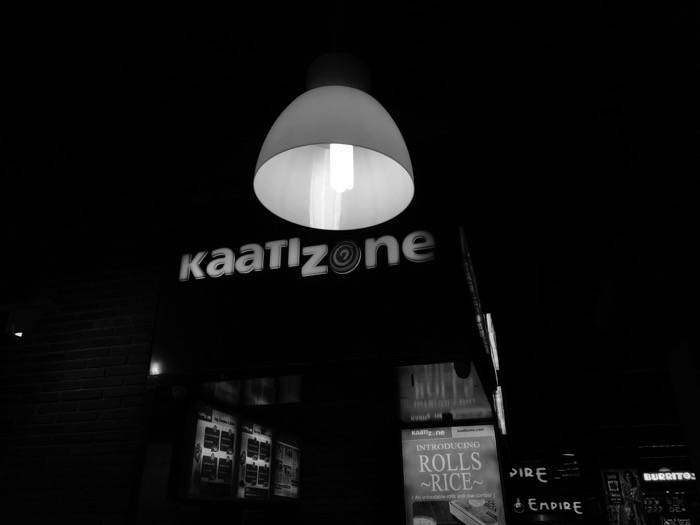 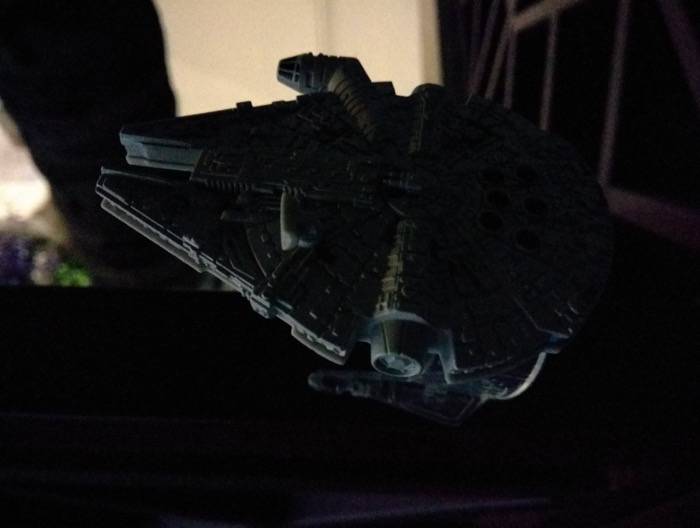 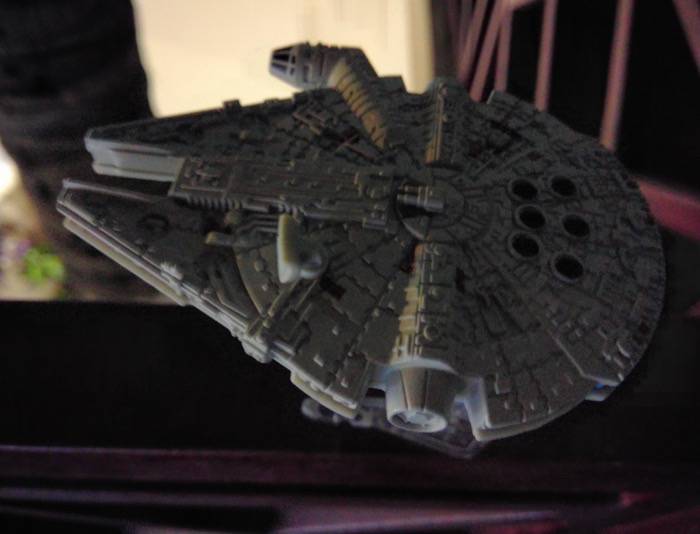 What also sets the Cool 1 apart is the wide range of options in the camera app – a standard long exposure, panorama, and tons of options in the manual camera mode. And if you are up for some fun, there is a Watermark mode that has stickers overlapping on the image being taken. Coolness continues into the video with 1080p videos at 30fps and also slow motion videos at 120 fps. The monochrome mode can be enabled while taking videos too and boy did we love doing this! It is features like these that can make a telling difference at this price point. The 8-megapixel f/2.2 wide angle front shooter does its work very well as long as its daylight.

All modes of connectivity worked fine – calls were clear, signal reception was also good if not the best. Bluetooth pairing with headphones and hands-free too worked fine and the audio via earphones was punchy enough. We tried the phone with Jio 4G data and VoLTE and they too worked just fine, as did the LED notifications. The IR blaster worked fine with our Samsung and Sony Televisions. 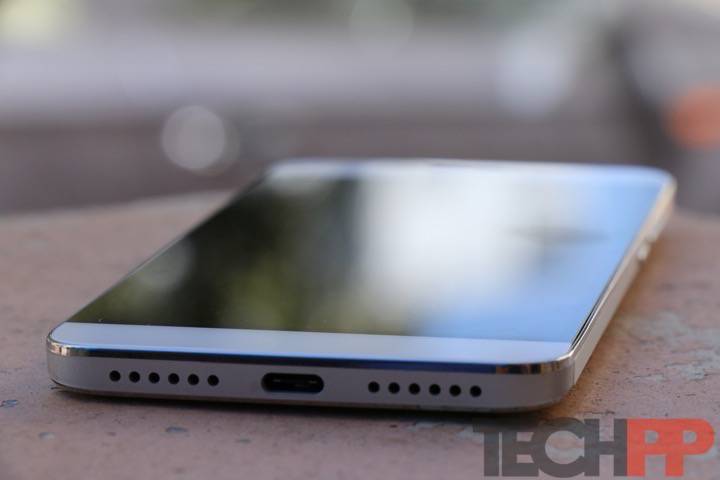 There are tons of budget midrange offerings out there. Most of them aim to deliver longer battery life, then there is the Lenovo K5 Note that aims at enhanced media experience and the Moto G4 Plus that offers a pure Android experience with good cameras. If there was something that many of us desired, it was a phone that came with a better camera than all of these while providing a long battery life.

The Coolpad Cool1 nails it with a commendable battery life, good (if predictable) build, withstands heavy usage and gaming, and comes with above average cameras and software that has minor issues (that can be fixed, we hope). At Rs 13,999, it may cost a little more than the Redmi Note 3, which is the most sought after choice these days at this price, but if the extra bucks mean we get a very good camera with some cool options, there is one word we have – COOLIO! Regardless of the sales numbers, Cool 1 stands out in the crowd and that itself is refreshing to see as this would prompt the competition to bring such offerings.

Coolpad Cool 3 Plus Review: Cooler Than the Rest?
Mi A3 Review: Android One Step Forward, Mi One Step Back
Motorola One Zoom with Quad-camera setup and Android One…
Audials One 2021: a one-stop solution for all your media…
Asus ROG Phone II Review: Tough to go Wrong with this One!
Sennheiser HD 458BT Review: A sound investment, really, not…