Walking the Line(age): The Demise of CyanogenMod

Considering that the Samsung Galaxy Ace Plus had cost me a whopping Rs 17,500, there was no way I could buy a new smartphone for at least the next 1.5-2 years or so. This got me thinking about how I could get more from this smartphone in terms of performance. My main intention back then was to somehow play games like Temple Run, Subway Surfer, etc., without any lag. I started Googling ways to increase the performance of Android smartphones, which led me to the world of XDA.

At first sight, XDA seemed like a website for hardcore coders or hackers. But with a little determination, I somehow managed to root my mobile. Although the initial learning curve was pretty steep, I somehow managed to learn various other things such as installing a custom recovery, custom kernel, custom ROM, and more. As I kept browsing through the various things XDA had to offer, I came across CyanogenMod. CyanogenMod was very popular and probably the only custom ROM that had been made for my device back then.

Samsung’s TouchWiz UI was pretty heavy back then and for a smartphone like mine, it resulted in a pretty bogged down experience. I would face lags while opening the notification panel, opening the app launcher and other routine tasks. CyanogenMod promised a much smoother experience with many cool tricks that were not present in TouchWiz. Without any further ado, I flashed CyanogenMod and voila, my phone was literally flying. It had never felt so snappy before and I was happy that my smartphone had come to life at zero additional expense (yes, CyanogenMod was free!). Indeed, for geeks like me, CyanogenMod was the best way to make my smartphone resemble stock Android and yet have a few cool features to distinguish us from the rest of the crowd.

From incredible to incorporated

CyanogenMod was a hobby project whose aim was to not make money but allow people to truly be able to “own” their smartphones. It was originally started by Steve Kondik but soon more and more developers joined the Cyanogen ecosystem and more and more devices started getting official CyanogenMod support.

CyanogenMod relied heavily on community contributions and donations. I have known teenagers who are in high school or college that work for hours together on building CyanogenMod ROMs for the devices they have – for nothing in return. The most they ask for is likes and donations but these are not mandatory. You could download and flash CyanogenMod for your device without paying the developer even a single penny. 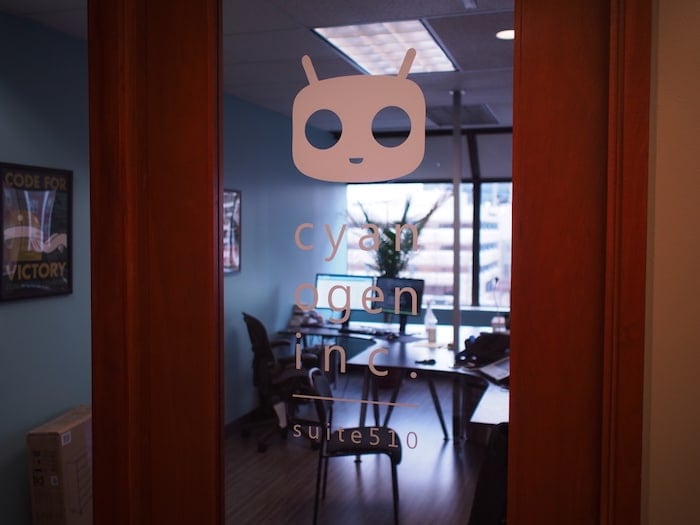 And despite there being no uniform source of funding, the CyanogenMod community was doing just fine and kept growing along with the explosive growth of Android. The growth was not enough to warrant media attention but it was there. The time when the media started paying attention to CyanogenMod was when it formed Cyanogen Inc. Kirt McMaster convinced Steve Kondik that Cyanogenmod was capable of reaching a much larger audience and making a much bigger impact if they started a commercial enterprise and this led to the formation of Cyanogen Inc.

Cyanogen Inc’s first partner was OnePlus. Both OnePlus and Cyanogen Inc were new in the smartphone space. OnePlus’ first phone, the OnePlus One had top of the line specs at a surprisingly affordable price and when that was coupled with Cyanogen’s stock-like Android ROM, it was a winning combination. OnePlus One was a big hit and brought both Cyanogen Inc and OnePlus into the spotlight. 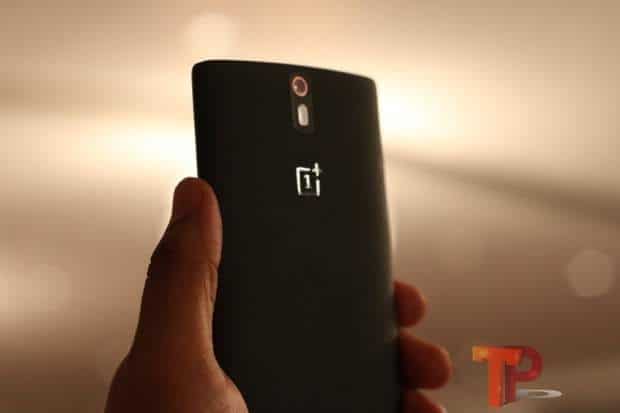 Cyanogen Inc had a very crucial role to play in OnePlus’ success. Hardware is hardly the difficult part for most Chinese manufacturers. Most of them are great at hardware and things get further simplified when one considers how some of the companies in the hardware supply chain do a lot of heavy lifting. Take Qualcomm for example. Just in one SoC, Qualcomm takes care of the CPU, GPU, modem, ISP and a lot more. All the manufacturer needs to do is use Qualcomm’s SoC and everything comes integrated with it. Where most Chinese manufacturers fail at is the software. Chinese manufacturers try to mimic iOS heavily and add a ton of features (not all of which are liked by users) to their ROMs. While these features might have a lot of appeal in China, their appeal was limited outside the country.

With the help of Cyanogen Inc, though, OnePlus was able to nail down software and that turned out to be a key differentiator. Not only was OnePlus’ software stock Android-like but it was even guaranteed fast software updates. After the success of OnePlus One, many more manufacturers wanted to partner with Cyanogen and a lot of partnerships were forged.

This was Cyanogen’s High Noon. The software was often the pain point in a lot of Android smartphones. Cyanogen Inc was a startup that could provide a stock-like Android experience in most smartphones and couple that with fast software updates (Slow updates on Android smartphones were and are a major drag on the platform’s ability to compete with iOS). And its first hardware tie-up had been a massive success. It seemed like Cyanogen had a lot going for it.

And then it all went wrong.

From Never Settle to totally unsettled

There were quite a few unpleasant public confrontations. The first was Cyanogen’s rather infamous break-up with OnePlus. Cyanogen had forged a partnership with Micromax for its YU line of devices and as part of that partnership, Cyanogen had to remain exclusive to Micromax which meant not supporting the OnePlus One in India. This made OnePlus quite annoyed, as they had marketed the OnePlus One with Cyanogen as a key highlight. The company reacted by creating its own Oxygen and Hydrogen ROMs and later merged them into one Oxygen OS ROM. 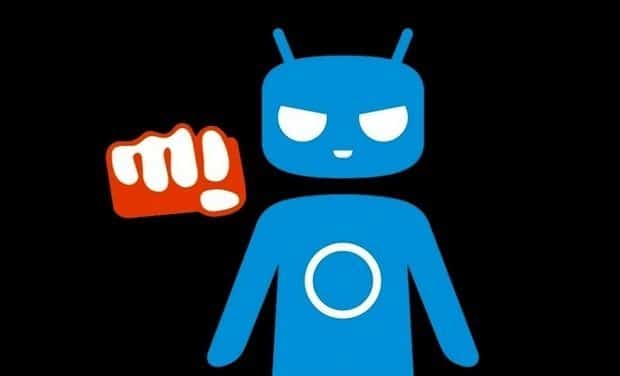 Indeed, with the recent rather inglorious departure of Steve Kondik, it became clear that there was a lot of internal tension brewing up at Cyanogen Inc which the general public was never really aware of. Cyanogen’s partnerships worldwide also did not succeed like its OnePlus alliance had. The YU line of devices moved to its own OS as well, ironically called Android on Steroids, a term once used to describe Cyanogen itself. Cyanogen’s partnership with Lenovo for the ZUK Z1 and certain other partnerships also didn’t have the same kind of impact. The problem seemed to be the lack of a business model and a proper strategy.

Yes, Cyanogen OS was a great product with immense potential – it could be the key for Chinese manufacturers to expand and compete beyond China in markets like the US. However, there was never a proper business case. Initially, Cyanogen Inc wanted to help manufacturers with software but did not handle its relations well as was evident by the fall out with OnePlus. Later, it decided to pre-install apps of competing companies such as Microsoft (Cortana), but that too had little effect. All of this was coupled with internal turmoil that the public and the media had been unaware of until recently.

Ironically, while Cyanogen Inc was in the wars, the CyanogenMod community was doing just fine behind the scenes. However, even that came to an end with the departure of Steve Kondik from Cyanogen Inc and with Cyanogen getting out of the business of ROM development – in a sudden a change in CEO and strategy, Cyaongen Inc announced it will no longer be providing support for CyanogenMod. The servers that hosted the various ROMs of different devices have been closed. The CyanogenMod forum, Gerrit etc all have been shut down.

For geeks like me, an era has come to an end.

Not the end of the CyanogenMod “Lineage” (pun intended)

What happens to Cyanogen Inc remains to be seen, but after so many ups and downs (mainly downs), there is not much reason to be optimistic. Many feel that the company will shut down in a few years if its recent pivot to apps fails. One might assume that this meant the death of CyanogenMod but by virtue of being open source software, CyanogenMod can never be fully killed. Just like CyanogenMod builds on top of AOSP which is open source, it is possible to use CyanogenMod and be able to build on top of it. So while Cyanogen Inc decided to stop support for CyanogenMod, the community backed up all the code of CyanogenMod and launched Lineage OS through it.

But all is not well with the CyanogenMod community either even in its new avatar and under its new name. First of all, even though the coding part of ROM development can be taken care by enthusiasts who do it for free, it does require a lot of money to compile/host these ROMs. The average size of ROMs varies around 350-500 MB. New ROMs are released every day under the banner of “nightlies” and get downloaded hundreds/thousands of times depending on how popular the device for which the ROM has been made is. Hosting ROMs for hundreds of devices which would be downloaded hundreds of times on a daily basis would be an expensive affair.

When CyanogenMod was under Cyanogen Inc, these hosting expenses were taken care by the parent company, but Lineage has to figure it out all on its own as to how it will manage to foot the hosting fees. My bet is that at least initially, only the ROM of popular devices will be hosted by Lineage, everyone else would have to compile the ROMs on their own and host them on Android File Host or something similar. Hosting fees aside, the second problem facing Lineage is that when CyanogenMod converted into Cyanogen Inc, it annoyed a few community members. Getting those community members to join Lineage would be a difficult task as there would be increased skepticism about the new OS as well.

Because you are mine, I walk the Line(age)

There are significant challenges for Lineage OS to scale and reach the levels of CyanogenMod but it would be interesting to see how Lineage’s journey continues. Meanwhile, Cyanogen Inc’s future remains in jeopardy. Although it is common for startups to pivot, Cyanogen Inc has pivoted quite a number of times, ruffling a lot of feathers in the process. What’s worse, it seems confused on what to do.

For geeks, the path ahead is clear. Those who want to “own” their devices can no longer fall back on CyanogenMod. But they have a new OS to try out. And the more they try it out, the better it will be. One can paraphrase the immortal Johnny Cash for them as they look to make their phones their very own and independent of non-stock Android UIs:

“Because you are mine
I walk the Line(age)…”