Few technologies from Silicon Valley have managed to create an impact as big as Android has. Whatever be one’s views on Android (especially versus iOS – what a debate that is!), there’s no denying that with the advent of Android, hundreds of millions of people that earlier had no access to any form of computing device are now in possession of one. Countries like China and India have been mobile-first economies and to be honest, although iOS brought the concept of a touch-based smartphone OS, it was Android that truly helped in spreading it to the masses. 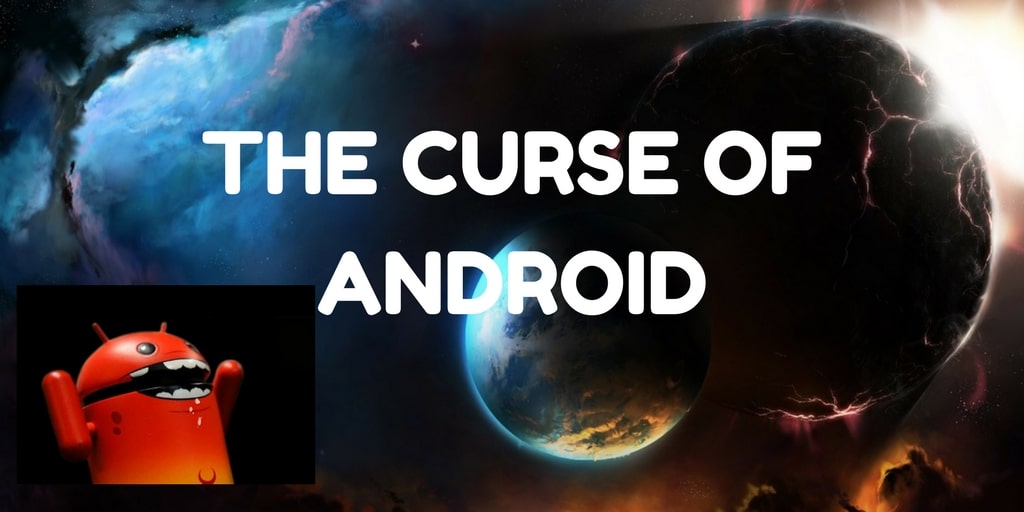 Android helped Google find a firm footing when it came to mobile devices as it had seen how Microsoft had locked the PC market pretty much to itself. The rise of Android made sure that Google apps had a place in the vast majority of smartphones. But there is a darker side to the picture too – Android has become a drag on Google and its ability to partner with others.

The dark side of the Android moon

When Android really started picking steam (somewhere around 2010), everything seemed rosy. It seemed a kind of win-win situation. Google had created a smartphone OS which any interested OEM could use for free. If the OEM wanted to pre-install Google apps, then it would have to conform to some rules set down by Google. Else, it was free to do anything it wanted with the Android Open Source Project (AOSP) version of Android. The OEM sold the smartphone that ran Android OS at a particular margin and Google, in spite of giving away Android for free, benefitted from the eventual use of pre-installed Google apps. Consumers and telecom operators got an alternative to the iPhone and everything seemed fine.

Since Android is basically a piece of software, the marginal cost for Google in replicating Android is close to zero. Once the research and development (R&D) work are done in creating a new version of Android, the cost for Google to distribute Android to 200 million or 1 billion smartphones is same. However, this was not the case for smartphone manufacturers. Every additional smartphone created had its own cost in terms of manufacturing, distribution, etc. As Android phone manufacturers saw the high end of the smartphone market saturating, they started investing in the low end of the market. But the margins in this segment were not high enough and the overall profitability (if any) of phone manufacturers kept declining.

Advantage, Google…and no one else!

While smartphone makers had a tough time improving profitability, Google kept benefitting as manufacturers and brands competed with each, driving down the price of Android handsets and expanding Android’s base on which Google could pre-load its apps that displayed ads and helped Google make money. What happened in the case of Google and Android is not new – many people had already seen it coming as it is exactly what had happened in the case of Microsoft and Windows as well. Even in the case of Windows, Microsoft kept benefitting as PC vendors competed with each other, driving down costs.

However, the intensity of competition in case of Android has been several magnitudes higher than that of PC, quite simply because more people use smartphones than computers. At the time of writing, barring Samsung, hardly any other manufacturer has been able to make money out of Android. Manufacturers like HTC that once had a good run with Android are now seeing all their profits being drained away by ever mounting losses.

As profits of smartphone makers kept falling, Google kept tightening its control over Android. A number of apps that were part of AOSP had been gradually converted into proprietary apps only available on the Google Mobile Services (GMS) version of Android with the AOSP versions not being updated at all. Google also kept setting rules as to the extent to which manufacturers could modify Android.

Watch out! Are smartwatches stepping away from Android?

Google’s increasing control of Android and dipping profits left many smartphone makers frustrated and with a bad taste in their mouths. Samsung soon started developing its own Tizen OS and launched a couple of Tizen smartphones as well. Although Tizen will never be able to make a meaningful impact in the smartphone market, it has affected Google nonetheless.

Even other manufacturers do not seem to be warming up to Android Wear. Fitbit has largely been in the fitness tracker market. When the company wanted an OS to better compete in the smartwatch market it went ahead and bought Pebble primarily for its Pebble OS. Come to think about it, if Fitbit wanted, it could have just started using Android Wear letting Google do all the heavy work on the software, but as the company wanted to avoid relying too heavily on Google for software and then get stuck in the future, it went ahead and spent USD 40 million to buy Pebble.

The cost of a phone-y victory

And this is not just the smartwatch market, even players that are not in the tech industry seem to have become wary of Google. When Nokia was planning to sell off its Here mapping division, a consortium of German car manufacturers went ahead and purchased Here. Google Maps is definitely more detailed than Here and it would have taken no money (or very little money) for the car manufacturers to start using Google Maps. However, considering that Google has been developing its own driverless cars, the manufacturers were wary of relying on Google and bought Here instead.

The disenchantment with Google was apparent at the recent CES too. Amazon’s virtual assistant, Alexa, was the star of the show and literally every appliance maker has integrated Alexa into its consumer electronic devices. However, what many people missed noticing was that even Google had opened up the API to Google Assistant, allowing third party manufacturers to integrate it with their devices. But barring Belkin, there was hardly any third party integration of Google Assistant. Part of the reason for the lack of Google Assistant integrations could be that Samsung and LG which are some of the biggest manufacturers of home appliances from TVs to washing machines are the very companies that Google has annoyed in the smartphone market.

Although Google might have managed to win the smartphone race using Android, the after-effects of that victory are spilling into other categories where Google’s products are finding it difficult to gain partners. Android Wear, Google Maps, Google Assistant are all being victims of Android’s victory in the smartphone rat race.

In light of these developments, the Alphabet holding structure of Google starts making even more sense. If a particular division of Alphabet needs several partners in order to form an ecosystem and work effectively, then its best bet is to separate from the Google mothership and form a separate entity because being attached to Google seems to be doing more harm than good, thanks to Android.

Was this article helpful?
YesNo
TechPP is supported by our audience. We may earn affiliate commissions from buying links on this site.
Read Next
How to Check and Recover Clipboard History on Android
#android #Featured #google