After months of wait, Google has announced that they will be soon rolling out an update to the Play Services which will add their AI-powered Assistant to devices running Marshmallow or above. Up until now, the Google Assistant was limited to its Pixel smartphones, home devices, Android Wear smartwatches, and the Allo messaging app. 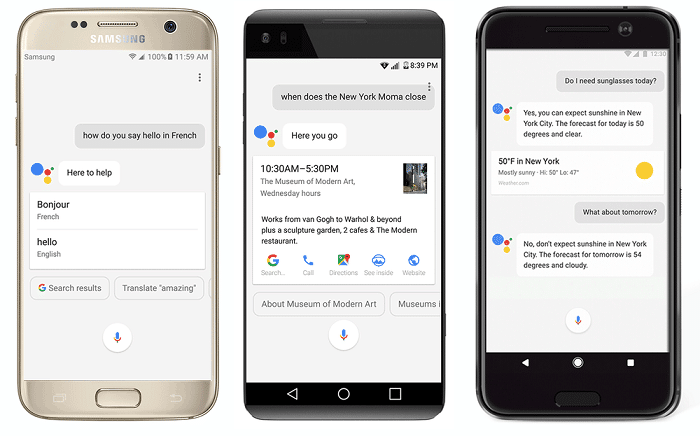 Phones with unforked versions of either Android 6.0 or 7.0 will be gradually receiving the update in the upcoming weeks. Google Assistant will work similarly to what we’ve seen on the Pixel phones or LG’s new G6. You can invoke the contextually aware virtual assistant by long pressing the home button, or shout “Ok, Google” at your phone for waking it up.

According to Google, today just under 31 percent of Android devices in use are using Marshmallow. And Nougat, both 7.0 and 7.1, account for only 1.2 percent. The majority of users are still on Kitkat and Lollipop and as of now, there’s no word from Google whether they’ll extending the support to those devices anytime soon. The announcement was made in the midst of the Mobile World Congress, hence, we’ll definitely see more manufacturers tout the feature in their respective keynotes. With this update, Assistant will be accessible to a much wider audience, and it will certainly help with dictation and data improvements.

There were a couple of possible reasons behind the extensive delay for this update. Firstly, Google possibly wanted to make sure that Android fragmentation doesn’t adversely affect the experience, and the Assistant is capable of performing flawlessly in all sets of environments. Second, they obviously, needed to advertise Assistant as an exclusive feature for selling their Pixel phones, and other hardware products. Lastly, there was the timing factor, and what’s better than the world’s biggest smartphone event?

Google mentions that Assistant will initially roll out this week to users in the U.S., followed by Australia, Canada, the United Kingdom, and Germany. The Assistant is currently available in only two languages – English and German, however, the company says they’ll be adding new ones in the near future.

Google Assistant was originally announced back in May 2016 and is primarily known for its accurate results fabricated using various artificially intelligent algorithms. The voice assistant is also capable of answering follow-up questions and providing info for what’s on your screen at the moment.

TechPP is supported by our audience. We may earn affiliate commissions from buying links on this site.
Read Next
How to Use Apple Maps on Android and Windows [2023]
#android #Google Assistant #Marshmallow #Nougat