Ever since mobile data begin to dominate the telecom industry, companies have been trying to outpace each other by trumpeting the speeds their networks are generating whether it’s on television commercials or social media campaigns. Airtel, in particular, has been aggressively advertising its network as the “The Fastest 4G Network Ever” for over a year across the country. However, we’ve learned from people familiar with the matter, that Reliance Jio is unhappy with Airtel’s claims as it looks flawed due to a drastic bug found in Ookla’s Speedtest app. 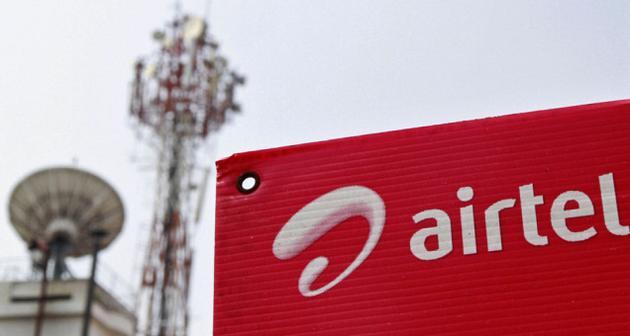 The defect in Ookla’s Android app has been displaying incorrect results whenever you run a speedtest on a Dual SIM handset. It only takes into account the network on which the calls have been assigned irrespective of the data settings. Hence, for instance, if you’ve configured Airtel for calls and Reliance Jio for data, it will show the network speeds of Airtel no matter on which SIM slot it has been inserted. Considering the fact that Ookla is currently the leader in the speedtest industry responsible for a significant amount of evaluations and leaderboards, this is quite a major flaw which has gone unnoticed for a long time. 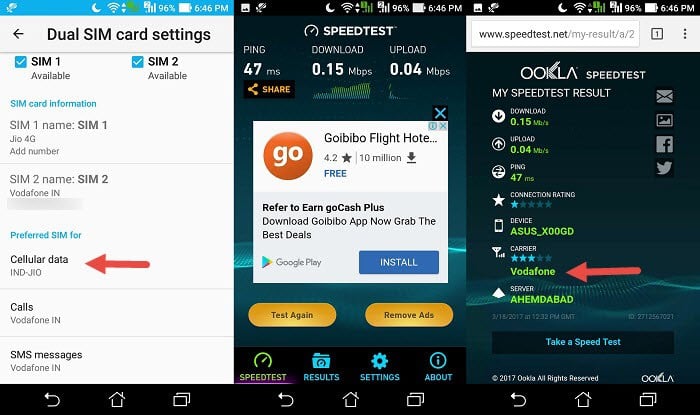 We, personally ran the tests a couple of times in various scenarios as well as smartphones and found the allegations to be completely true. You can take a look at the attached video if you’re still puzzled.

There is absolutely no way for Jio to claim that this flaw is enough to prove Airtel is NOT the fastest 4G network in India. But it will be interesting to see how this pans out and what Airtel and even Ookla has to say about the matter.

We’ll continue updating this article once we get any official word from the parties involved. So, stay tuned for that.

Update 1: Reliance Jio has raised a formal complaint with the Advertising Tribunal of India regarding Airtel’s TVC. It has also sent a legal notice to Ookla, the developers of Speedtest, regarding the above-mentioned flaw.

Update 2: Airtel has issued an official rebuttal. “Airtel has been rated as India’s fastest mobile network by Ookla – the global leader in broadband testing and web-based network diagnostic applications. This is clearly mentioned in the ad. Ookla’s findings are based on analysis of millions of internet speed tests logged on ‘modern devices’ by mobile customers across India using its popular Speedtest app. The results include all mobile tests, regardless of connection technology”

“Ookla named Airtel as the “Fastest Mobile Network” in India based on data from Q3 and Q4 of 2016. When analyzing markets, like India, we take many factors into consideration, including dual SIM devices, network technology, device types, and more. In addition to what the user sees on their mobile application as they take a test in real-time, we apply a rigorous methodology when aggregating the data which uses a variety of internal data sources that control for potential variability in the market.

We are always improving how additional information is collected and analyzed through our Speedtest applications to allow Ookla to accurately reflect internet performance. We have taken dual SIM information into consideration and fully stand behind Airtel being named “India’s Fastest Mobile Network”. India is a dynamic market with a rapidly changing mobile landscape and we look forward to seeing how the market develops.”

It’s interesting how Ookla isn’t outrightly rejecting the flaw mentioned but still standing behind their findings. It might well be that their internal data correctly identifies the operator, but the frontend should be reflecting that as well.

Was this article helpful?
YesNo
TechPP is supported by our audience. We may earn affiliate commissions from buying links on this site.
Read Next
What is UPI Lite and How to Enable it on Any Device [2022]
#airtel #Exclusive #india #Ookla Speedtest #Reliance Jio