Amazon will finally be bringing its Fire TV streaming devices to India. The launch is expected to happen later this month. It has been a hit in the US ever since its launch and has been competing fiercely with Roku, Chromecast and others. For starters, Amazon Fire TV products are available in two forms – either as a stick or a TV box.

As per our sources outside of the company, Amazon has been mulling to launch its Fire TV Stick in India for a long time now. It was first expected to launch with Amazon Prime membership in July last year, and then in December, but wasn’t launched for some reason or the other. The Amazon Fire TV Stick is available for sale in the US for a price of $39.99 and the Indian pricing is expected to be Rs 1999, but only for the Prime subscribers (Check the update at the end of the article). For non-Prime subscribers, the MRP of Fire TV Stick is expected to be Rs 3,999. In addition to Amazon.in, the Fire TV Stick will be sold via Croma and Reliance Digital stores in select Indian cities to start with and across other retail networks at a later date.

Apparently, Jeff Bezos led American firm had run a similar offer in US and UK where they sold its Fire TV Stick for $19 and £7 respectively. With that said, Amazon is expected to bring its Fire TV Box into the country at a later date.

Internally, the Amazon Fire TV stick and Fire TV Box is not different from others available in the market. They run on a baked version of Android with Amazon’s own Fire TV UI loaded on top. It comes with a range of multimedia consumption apps starting from Netflix, Amazon Prime Video, YouTube and others. Amazon Prime customers will also get unlimited access to a variety of shows and movies on Amazon Prime Video app.

Underneath the hood, both the Amazon Fire TV Stick is powered by a quad-core processor. This coupled with 1GB RAM. The main highlight of the Amazon Fire TV is the presence of a voice command feature backed by Alexa. The new Fire TV Stick comes with a voice-enabled remote for controlling various features of the stick. With that said, the Amazon Fire TV isn’t going to replace your current DTH TV. It is simply a media streaming device that would function just like a Chromecast or a Teewe. Amazon may, however, tie up with Indian partners like Hotstar, DittoTV and others for offering free streaming of popular TV channels on its Fire TV devices. 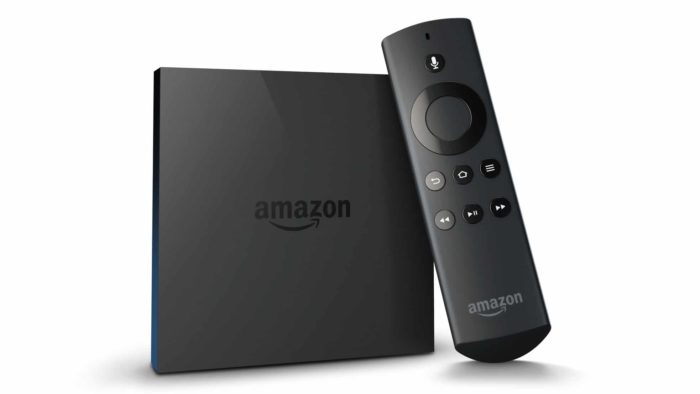 Currently, a lot is happening in the DTH and IPTV scene in the country. Earlier this week, Airtel launched its first Internet TV set top box at an introductory price of Rs 4,999 for the initial three months. Apart from that, Reliance Jio too is rumored to launch its IPTV service soon.

We have reached out to Amazon India to confirm this development and will update as and when we hear back from them.

Update: The launch of Amazon Fire TV stick is scheduled for April 19th, and we have a confirmed news that the price will be Rs 3999. Amazon Prime subscribers will get Rs 500 cashback while the non-Prime members buying Fire TV Stick will get a free Prime subscription for 1 Year which includes faster shipping and Amazon Prime Video. Amazon is expected to have some sort of tie-up with Airtel (probably extra broadband data). We got to wait for the details.