Task managers have been around for awhile and in fact, they are still one of the most common apps utilized by users every day. But let’s face it, smarter innovation is still a rare sight in this sector. Microsoft wants to change that and it is doing so with the launch of an entirely new app intuitively titled – Microsoft To-Do.

Microsoft To-Do has been developed by the team behind Wunderlist, the Berlin-based startup acquired by the Redmond giant two years ago. To-Do aims to become everything Wunderlist couldn’t – smarter and aesthetically more modern. It features all the essential ingredients required in a to-do app such as adding tasks, reminders, deadlines, notes, categories but the cornerstone here is something called “Intelligent Suggestions”. Unfortunately, though, you’ll have to use a Microsoft account to sign up and I hate to tell you this, it’s still a terrible experience. 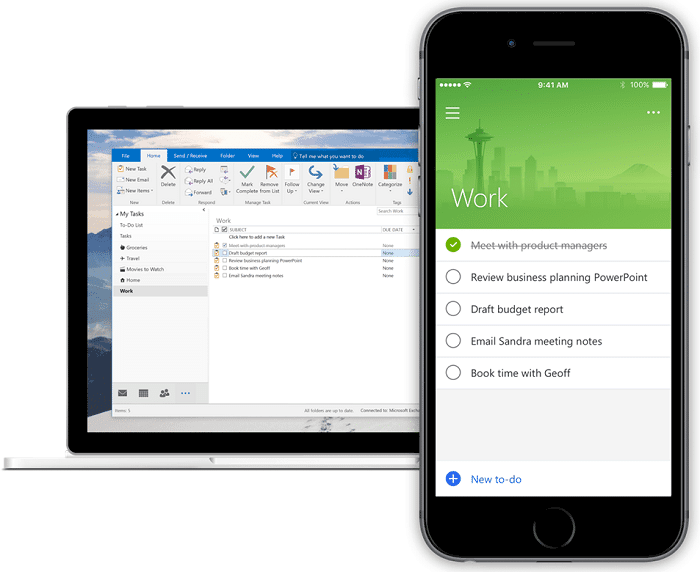 Microsoft To-Do is built around achieving your daily goals rather than keeping a track of your lists. Hence, whenever in the morning, you launch the app, it shows an empty My Day list that contains all the tasks due on that particular day. You can add more, view the previous ones or press the little bulb icon which will invoke Intelligent Suggestions. It will analyse to-dos from the day before, what’s due or upcoming and provide recommendations based on a “smart algorithm” such as sorting based on priority, how much work is left from the day before and then, you can add items to the My Day list for getting started.

Moreover, To-Do is deeply integrated with Office 365 and hence, automatically syncs with Outlook. Microsoft says it comes with “advanced security” and the data is encrypted in transit and at rest. Of course Microsoft cannot maintain two separate to-do applications but don’t worry, Wunderlist isn’t becoming obsolete just yet. The company mentions on its blog, “Once we are confident that we have incorporated the best of Wunderlist into To-Do, we will retire Wunderlist.”

Microsoft To-Do is currently available to download in Preview across all major platforms including iPhone, Android, Windows and the web today.

Was this article helpful?
YesNo
TechPP is supported by our audience. We may earn affiliate commissions from buying links on this site.
Read Next
Best To-Do and Reminder Apps for Android and iOS in 2022
#Microsoft To-Do #Wunderlist