Moto Z2 Play vs OnePlus 3T: A Choice Between Power and Peculiar

It's quite a conundrum.

It’s almost impossible to dethrone OnePlus’ current flagship smartphone, the OnePlus 3T from its ascendancy. After all, not every product is crowned with the “why should I buy that phone if I can get this phone for a lot less money” phone title. However, Motorola thinks its new Moto Z2 Play is competent enough to challenge the autocratic 3T. Even the price has been kept largely similar, and the two share a bunch of common traits including a near-stock Android interface. Hence, in this comparison, we find out how these two stack up against each other and who comes out on top. 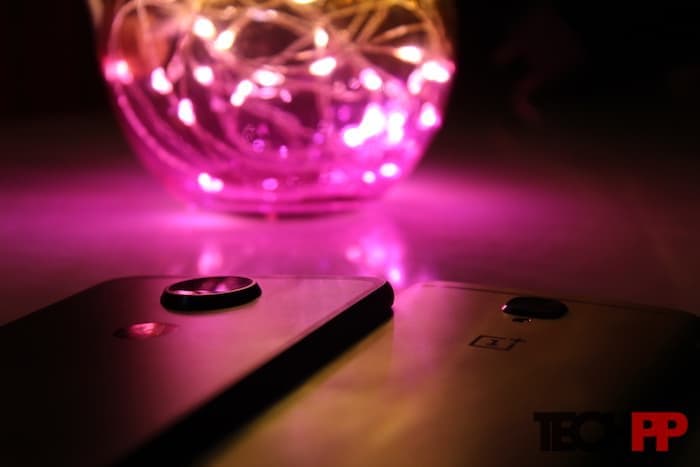 While both of these phones feature an aluminum unibody, there’s a substantial difference in their aesthetics. The OnePlus 3T comes with a more conventional design that feels comfortable to hold for prolonged periods and flaunts enough zing to attract a few eyes. The Z2 Play, on the other hand, carries the company’s signature chassis with rounded corners with a bar of sixteen pogo pins on the rear and a more visible camera bump that can be an annoyance at times. 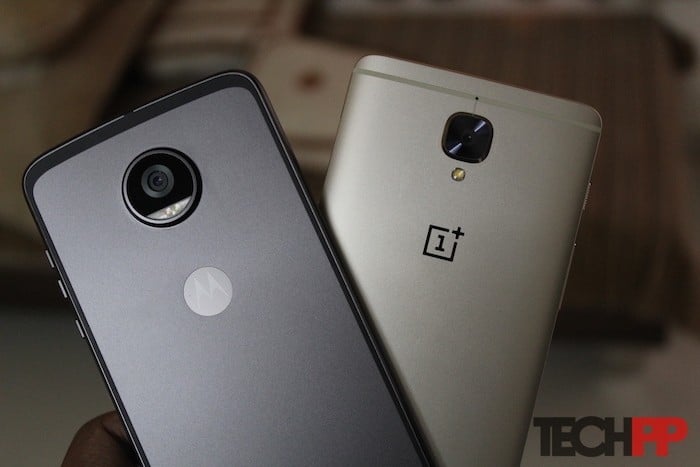 The Z2 Play is also a tad slimmer measuring at 6mm in comparison to the OnePlus 3T which is 7.4mm thick. This added bulk along with a subtle curvature on the back, though, allows the 3T to be significantly more utilitarian and easy-to-use especially when you are playing a game. Moreover, it’s worth noting the Z2 Play sports a splash-resistant build, and it’s better at hiding the antenna lines too. The OnePlus 3T also carries the “Alert Slider” that lets you switch sound profiles in a jiffy. 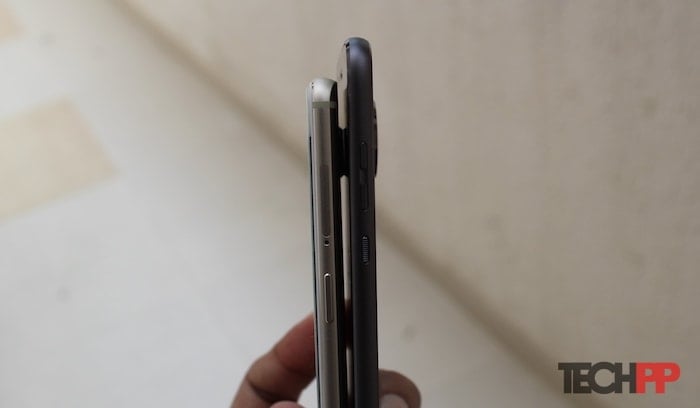 Winner: Moto Z2 Play if you’re looking for something that stands out, else the OnePlus 3T. 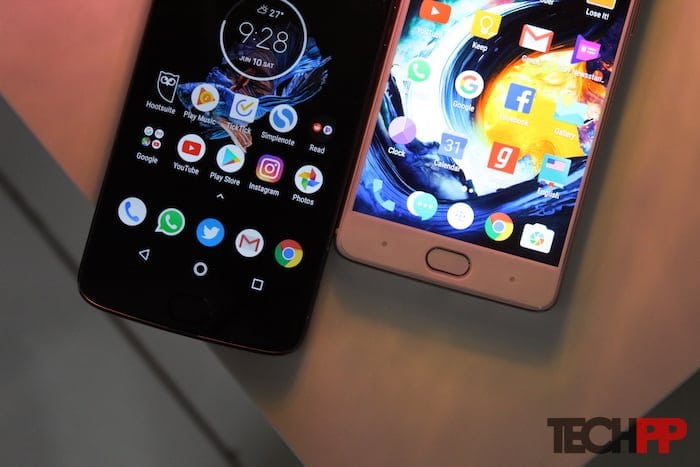 One of the aspects where both of these phones are almost identical is the display. There’s a 5.5-inch Full HD AMOLED panel on the Z2 Play and the OnePlus 3T. As you’d expect, the colors are vivid, blacks are darker, and viewing angles are mostly flawless on both the phones. Although there’s one area where the Z2 Play falls short – outdoor visibility. While you can argue that AMOLED screens, in general, aren’t particularly bright, the 3T is relatively better than the Z2 Play. We suspect higher nits on the OnePlus 3T display.

Hardware is where the comparison becomes a bit one-sided as the OnePlus 3T is loaded to the brim with top-tier specifications. 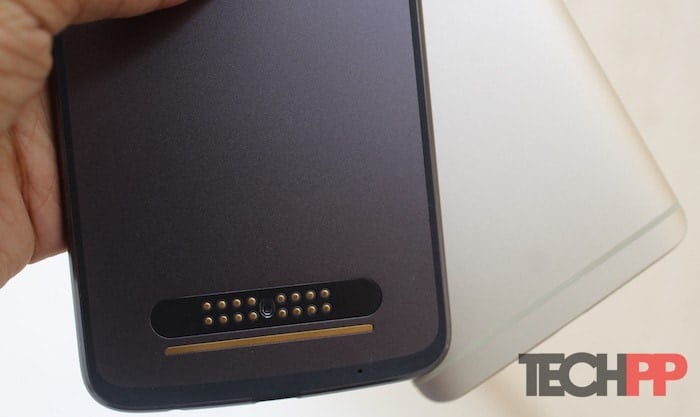 While the OnePlus 3T is supremely better than the Z2 Play in terms of benchmarks (4th vs. 51st spot on Antutu) and performance, the Z2 Play does come with one significant advantage – a dedicated MicroSD card slot which should appeal to a large crowd.

Winner: As far as raw specifications are concerned, the OnePlus 3T definitely has a lead here.

The software is yet another aspect where concluding an absolute winner is quite a hassle. To begin with, both the phones run Android Nougat (7.1.1). The OnePlus 3T comes with the company’s own OxygenOS that offers a slew of handy features such as gestures, themes, and an all-around snappy experience. The Moto Z2 Play, on the other hand, is powered by a near-stock software with a couple of additional Moto-specific tidbits on top including quick gestures, hands-free voice features, and not much else really which is actually a good thing. 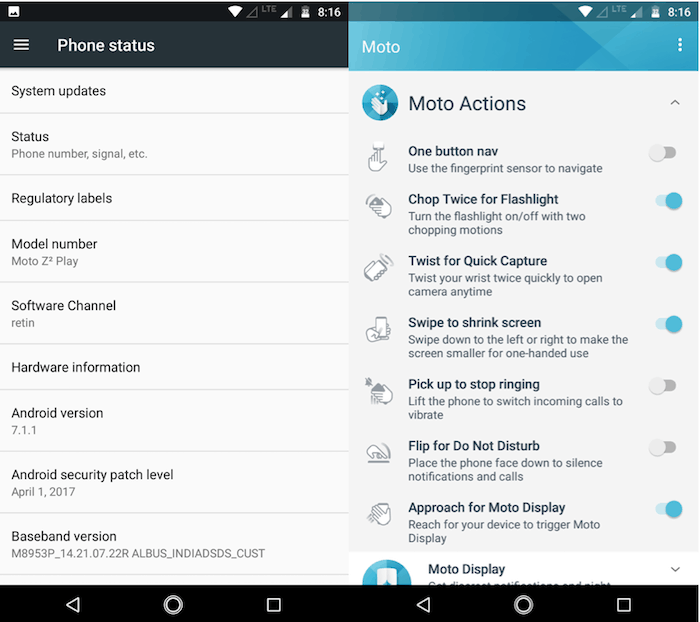 While both of these operating systems provide a unified and effortless ecosystem, I think Motorola’s built-in gestures like “twist for camera”, “chop for flashlight” are more intuitive than OnePlus’. The two OEMs have a decent history for timely software updates, but OnePlus’ excellent developer support will certainly enable your phone to run on the latest release for far longer. 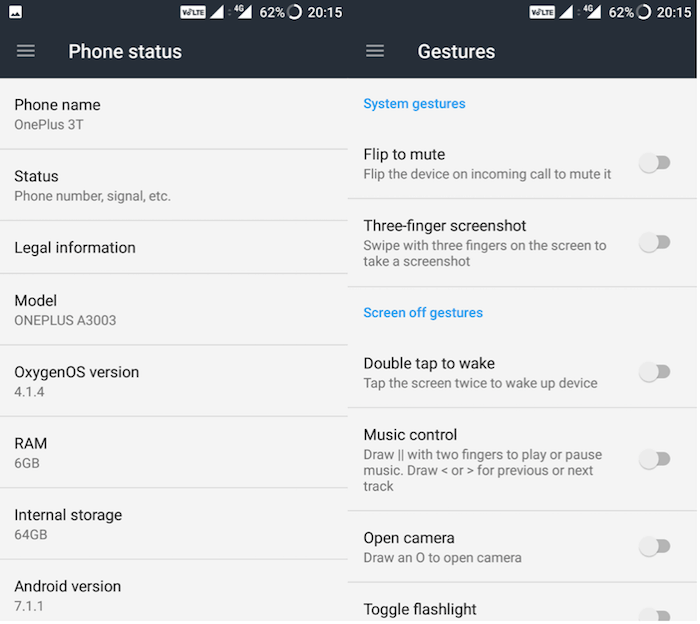 Performance has been satisfactory for me on both the contenders whether it’s intense multitasking, blasting off explosives in resource-hungry gaming titles, or pretty much anything else you can think of. But since this is a comparison, I’m gonna have to nitpick. The OnePlus 3T blows the Moto Z2 Play out of the water especially when it comes to more demanding applications and games. Additionally, higher grade specs will also ensure your phone continues to perform well even after a year or two of usage. Motorola smartphones do have a respectable history in this, however, despite any of that, the 3T will also be a more dependable option unless you periodically switch to new phones.

Battery life also is better on the OnePlus 3T on paper and in real life as well by a couple of extra hours. Furthermore, OnePlus’ homegrown Dash Charge technology can entirely juice up the handset in almost an hour against the ninety odd minutes of charging time on the Z2 Play.

Lastly, there’s the camera – the deal maker or breaker for the majority of customers nowadays. 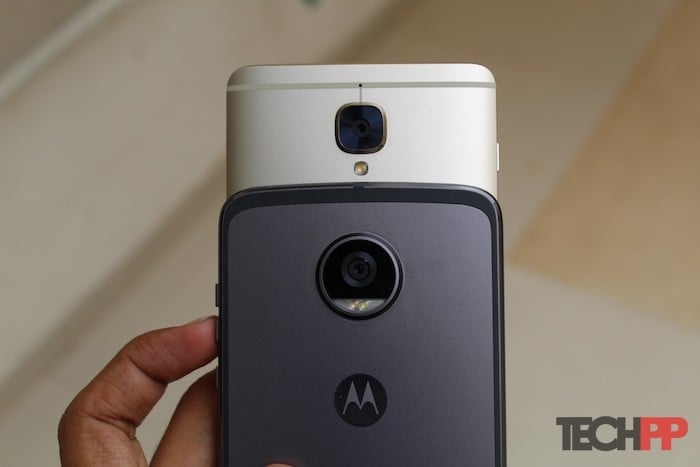 In terms of hardware, the OnePlus 3T’s camera arrangement includes a 16-megapixel rear sensor with an aperture of f/2.0, Optical Image Stabilization, a pixel size of 1.12 µm and a 16-megapixel front-facing f/2.0 lens as well. The Moto Z2 Play features a 12-megapixel sensor, a smaller f/1.7 aperture, dual-tone flash, 1.4 µm pixel size and a 5-megapixel f/2.0 lens with a pair of LED flashes also. Both of them can record 4K footage at 30 frames per second. 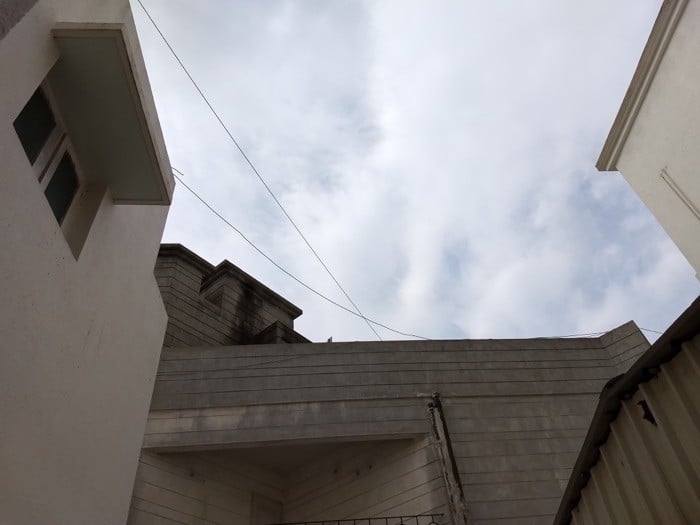 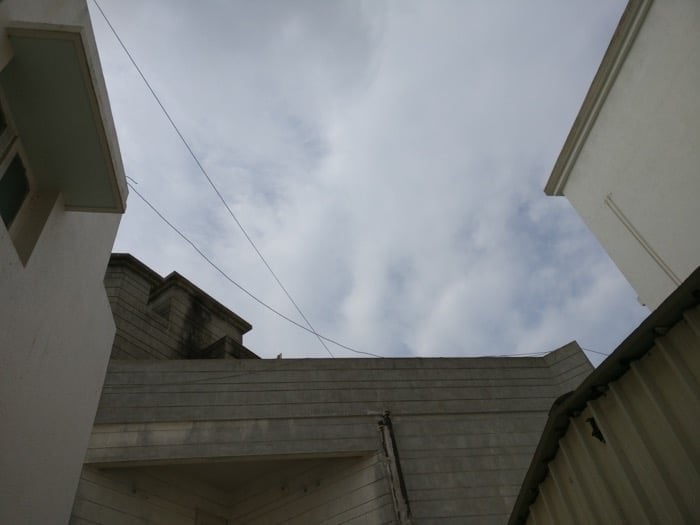 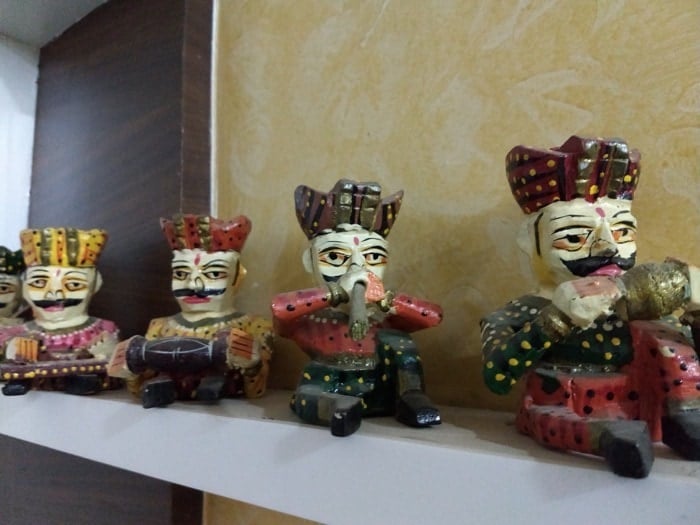 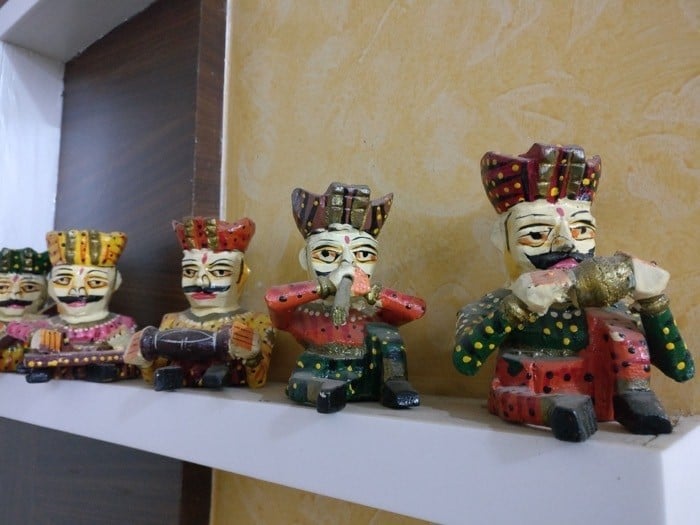 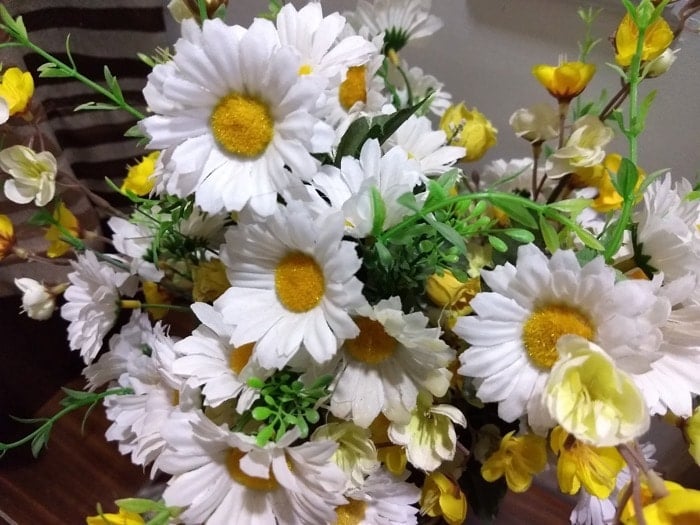 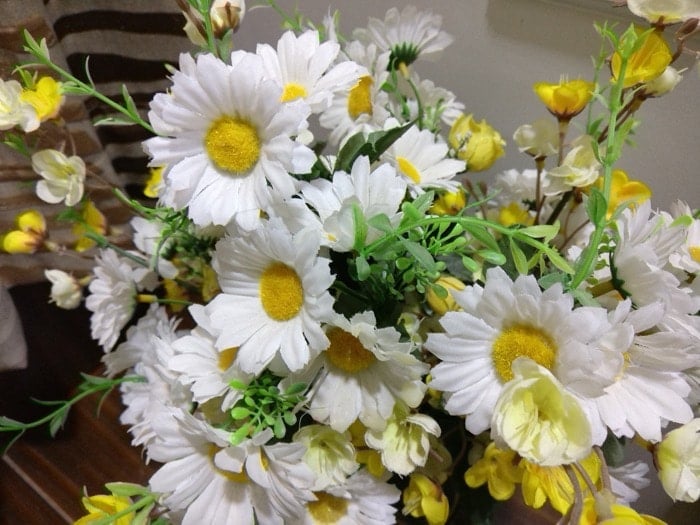 Pictures captured on either of these smartphones turn out detailed and impressive in most lighting conditions. Moreover, macros are quite commendable as well, and colors remain accurate. However, both of them also have a tendency to mess up the exposure sometimes despite the presence of the HDR mode. The focus is marginally quicker on the OnePlus 3T but nothing that will hinder your experience. 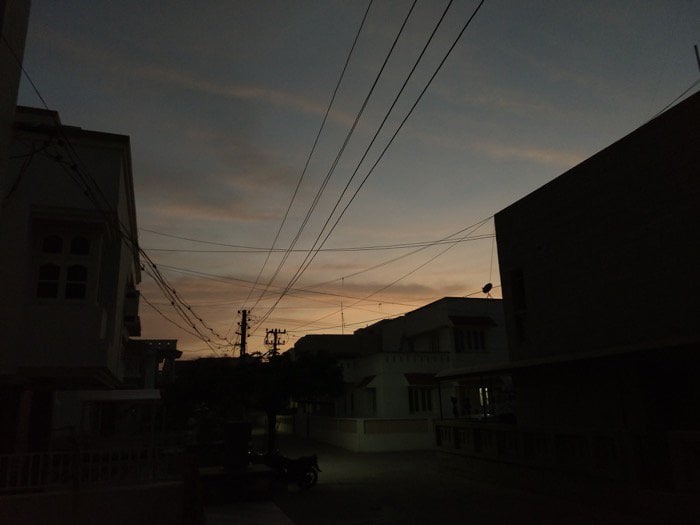 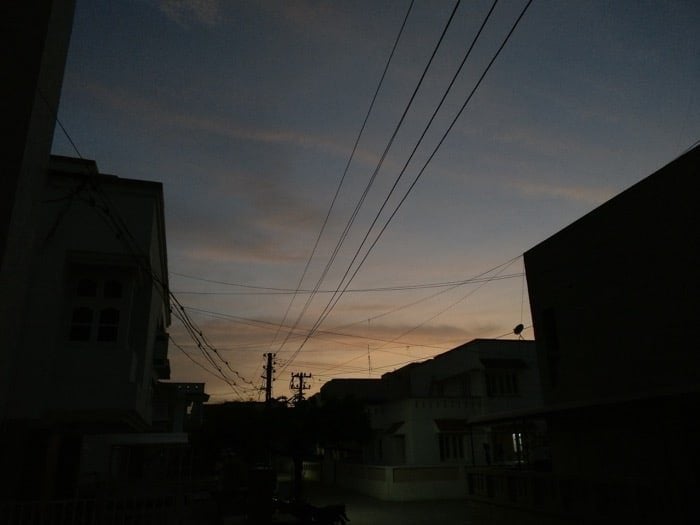 Thanks to the smaller aperture, the Moto Z2 Play has a slight edge in dimly lit areas. Noise and grain levels are relatively on the lower side as compared to the OnePlus 3T. But the latter comes with OIS. Hence, it can handle shaky hands more prominently. Camera apps on both of these have been mostly kept minimal with a few professional settings such as exposure, white balance, and more.

Winner: All in all, both the phones perform largely similar in any sort of lighting condition, however, if I had to choose a winner, it’d be the OnePlus 3T as it benefits from better videos and a substantially more capable selfie camera.

Of course, the Moto Z2 Play’s real advantage lies in its ability to augment itself through the Moto Mods external accessories. You can simply snap a projector or a speaker on its back and have a truly unique smartphone experience. However, these aren’t cheap at all and cost roughly a quarter or more than the phone’s price. OnePlus 3T, on the other side, has no such traits. Surely, this isn’t for everyone. If you are someone who likes to show off the latest in tech, the Mods make a great option. 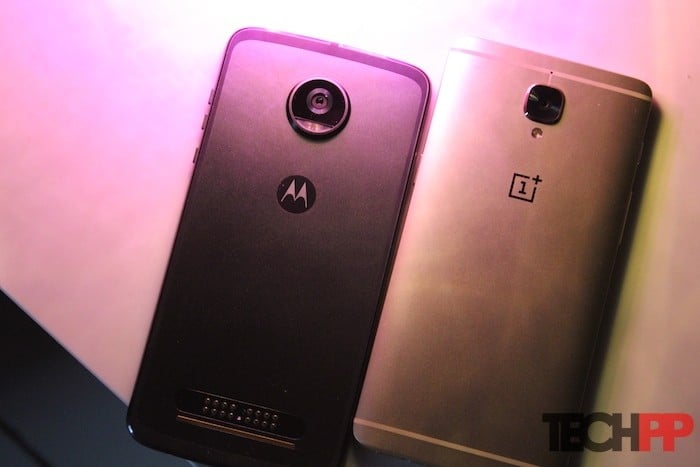 Technically, if we sum up each individual category’s score, OnePlus 3T leads the race. But it’s also costlier by Rs 2,000 which, in my opinion, almost ties the overall results here.

So, here’s the thing – if you’re looking for a more unorthodox smartphone that can, without a doubt, impress you and everyone around you, then go with the Z2 Play. On the contrary, if you plan to use the smartphone for a rather lengthy period and want the most indomitable specifications, OnePlus 3T it is.

Future of In-App Payments: Duopoly vs Choice
[Face Off] Redmi Power Bank vs Mi Power Bank 2i
Moto G9 Power with Snapdragon 662 and Triple Rear Cameras…
How to Use Universal Control to Share a Keyboard and Mouse…
Moto G8 Power Lite with Triple Rear Cameras Launched in…
The sub-Rs 12,000 smartphone market has a new king: the Moto…