Seven More Mods We Would Love to See, Moto

Last year, Moto launched the Moto Z and the Moto Z Force. While both the phones were complete devices in their own right, the highlight of these two phones was something which actually was not an obligatory part of them. Along with Moto Z and Moto Z Play, Motorola launched a line of Moto Mods which redefined how we looked at Modularity in smartphones. One just had to slap the Mods on the back of the phone and with the help of the magnetic connectors on the back of the phone, and the two devices would connect and become one. No need to install apps, no need to pair the Mod over Bluetooth or Wi-Fi and not even a single restart. Just jam it on and you are ready to go. The sheer ease of use and how conveniently the Mods worked made us fall in love with the device and the concept of Modularity. 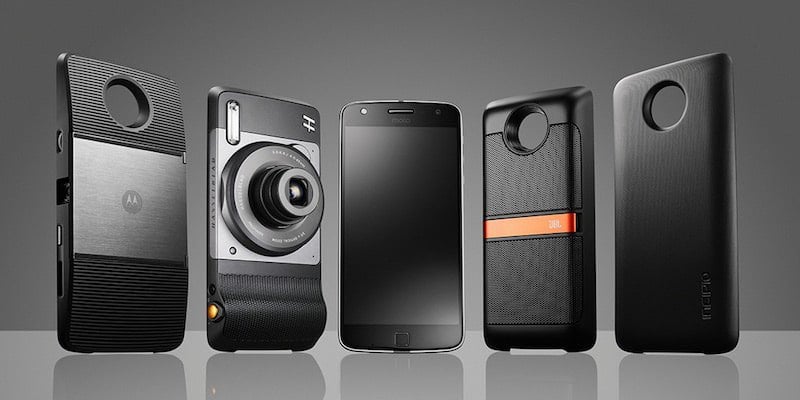 And after a year, Moto has now launched the successor of the Moto Z Play, the Moto Z2 Play and it comes with a set of new Moto Mods. While we absolutely love the existing Mods, we think there is still some scope for Motorola to broaden its Mod-orizon. So, here is a list of seven Mods that we would love to jam on our Moto Z devices:

While most of the smartphone manufacturers are trying to keep up with the storage hunger of the consumers, we think a Mod could easily be the best solution to this problem. The Hard Drive Mod would obviously be a Mod for storing data. Because it is a hard drive Mod, it would ideally have up to 5 TB of storage. The Mod would also have USB ports to attach USB flash devices on the go. Users will be able to connect it to a computer or laptop as well, transfer and keep whatever data they need on the drive (hey, it can be used to back up data from your gadgets as well), slap it on the phone when they want to use it on the go and Voila, the phone storage will automatically be up by 5 TB instantly. No need for those tiny cards or memory card slots!

This has to be our favorite Mod out of the lot. Imagine taking pictures from your phone and printing them instantly by just pressing a button. This is exactly what the Polaroid Mod will do to your phone. Once you jam it on, it will convert your phone into an instant camera/printer and will allow you to print pictures immediately after you click them like a Polaroid camera. The device will have a few cartridges and ink inside that would print the picture you take. Point, shoot, print. Simple.

This Mod will be a knight in shining armor for all those who miss physical QWERTY keypads on the phone and would also help one type a longish email on a busy day. The Mod will add a physical QWERTY keypad on your phone. You can just attach it to the back; the keyboard can slide out, making the experience easy and trouble-free, allowing you to type away your thoughts. The keyboard Mod will also enable you to use it on different angles turning the phone into a laptop kind of a device, or one can just simply slide it down from the Mod and use the phone as one of the those QWERTY keyboard slide-out phones.

Although there is a camera-centric Mod already available in the market (the Hasselblad Mod), we think there is still scope for improvement. We think it would be wonderful if Moto introduces a Mod which can turn the phone into a DSLR-like device. Unlike the Hasselblad True Zoom that adds an improved camera on the back, this Mod will actually allow the users to change lenses after attaching the Mod and this essentially will boost up the camera performance of the phone and turn it into a professional camera-like device. The company can make a Mod which can work with the lenses of popular brands like Canon or Nikon or can simply make its own lenses, specifically for the Mod.

Fitness trackers are another aspect of technology that we would love see in a Mod. Unlike many other fitness trackers that come with apps and various pairing processes to transfer data, this Mod will do it all and without any pairing process or apps involved. The wearable would be a normal smartwatch-like device which the users would be able to wear all through the day and when they want to look at the data, they would just have to remove the straps, and jam the small screen of the smartwatch on the back of the phone with the help of the magnetic pins. This will automatically transfer the user’s data into the phone and will help them analyze their progress. For good measure, the Mod should be able to be charged off the phone too.

There are a lot of companies that are launching phones that are centered around the selfie camera. In these cases, the selfie camera is usually the biggest USP of the device. So well, why not a selfie Mod? The selfie Mod will have a front-facing camera that will be attached to the phone once you snap it on the device. The Mod will cover the upper bezel of the phone where the front camera of the device will be placed and because this Mod is all about selfies, we think it would be a nice idea to have a small selfie stick which can be pulled out of the Mod to make the experience even better.

This is the coolest Mod idea out of the lot (we think!). The drone module, when snapped on the back of the phone, will convert the device into a small drone-like device which would be able to fly and cover areas and take aerial shots from the camera. The Mod would obviously be accompanied with a remote control which the consumer would use to control where the Mod takes the phone and what pictures it takes.

Seven "Old' Camera Phone Features We Would Love to See…
Seven iPhone Samurai: Seven of our favorite iPhones
Seven things we hope to see in tech in 2021...but know we…
M1 Makes the Macs Mad Again...and "Steve Would Have Loved…
Love bass? The Skullcandy Crusher ANC are available at HALF…
PS2: I love you! 20 years, 20 facts about the PlayStation 2