We have been hearing of mods for mobile phones for a while, right from the days of Modu (2007–11). But while the idea of adding functionality and features to a device by adding a small hardware component to it sounds good in concept, it has always been tricky to implement. While companies have been able to work out how to attach objects as diverse as camera lenses, speakers and projectors to phones, the process of attaching them often has resulted in detracting heavily from the spontaneity of use that makes mobile phones so special. Be it Sony’s Lens-Style Cameras that needed to be attached via clips, charged separately and connected over Wi-Fi or LG’s recent G5, which necessitated restarting the device and fiddling with the battery, mobile phone mods have tended to be a pain to use, their eccentricity often outweighing their utility. 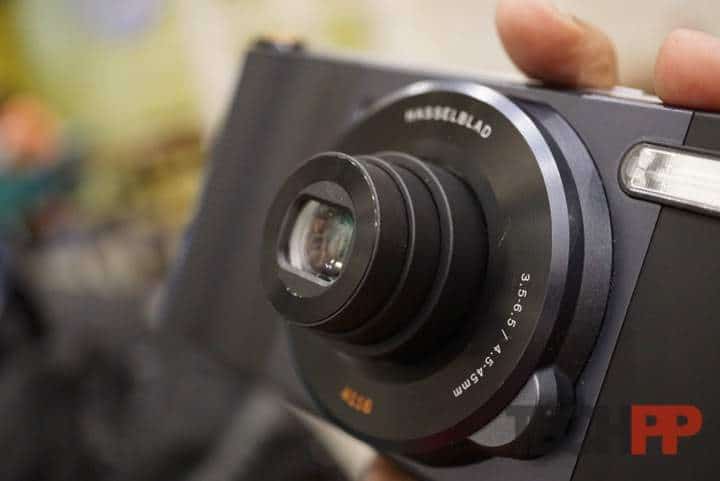 One of the Moto Mods available for the Moto Z series of devices, the True Zoom looks like a proper camera in its own right and has very prominent Hasselblad branding on it and is made of sturdy black and grey plastic with a ribbed grip that protrudes significantly to give the user something to hold without being an eyesore. On the hardware side, the mod comes with a 12.0-megapixel camera with f/3.5–6.5 aperture, 10x optical zoom, its own two-stage shutter button and zoom rocker, on-off button, optical image stabilization, twin microphones and Xenon flash. In sum, this is a Hasselblad camera with everything except a display, processor, and memory, all of which it borrows from the Moto Z it is attached to. 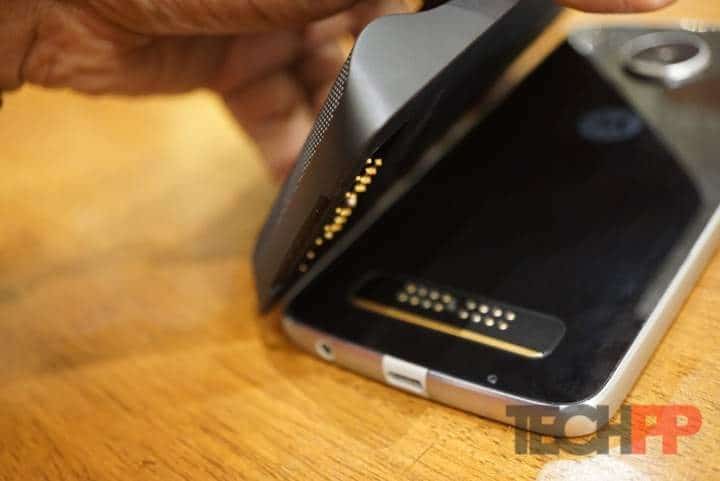 And truth be told, it is the ease with which it can be attached to the Moto Z that is its greatest strength. There is no pairing needed, no passwords, no clip-ons – you just slap it on the back of the Moto Z (there is a handy spherical depression on the back of the Mod to fit over the rear camera of the phone) to which it gets attached using magnetic connectors, and you are ready to start shooting within a few seconds (the phone informs you that the mod has been attached). It fits snugly enough, and while at 145 grammes, it does add significantly to the weight of the phone itself, it still seems right at home on its back, converting it into a point and shoot camera lookalike.

And well, once you have attached the True Zoom Mod to the Moto Z (we used the Z Play for this review), you are good to go. No special software needed. You can use the dedicated shutter button on the mod, or opt to use the on-screen camera button on the phone or even the volume buttons if you wish. The Mod works from within the default camera app on the phone itself and could be used from Facebook and Instagram as well. Hands down, this is the best mod attachment system we have ever seen in a mobile phone – speedy and seamless. 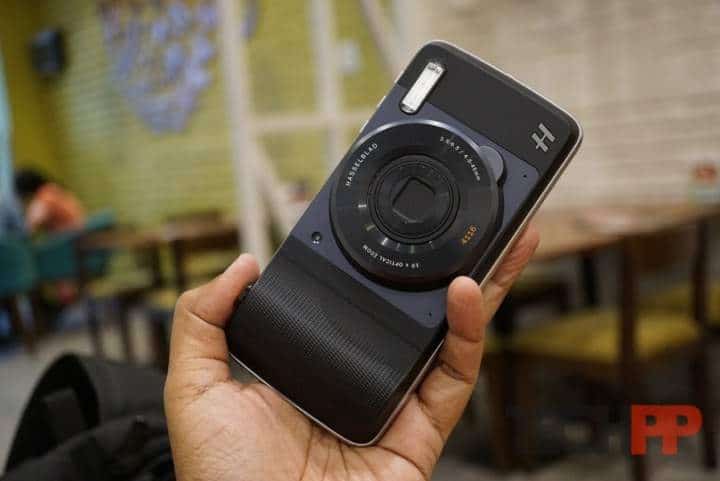 But just how much does the mod itself add to the phone in terms of performance? Well, a fair bit in zoom terms. To get a better idea, just consider that Apple is going on and on about a 2x optical zoom on its iPhone 7 Plus and Asus had raved about a 3X optical zoom on its Zenfone Zoom earlier this year. Well, the Hasselblad True Zoom Mod adds twice as much zoom as those two taken together – a very hefty 10x zoom. And it does so without bulking up the phone the way Sony’s Lens-Style Cameras did. It works an absolute treat in daylight conditions, allowing us to zoom into faraway objects without compromising on image quality at all – we even got a surprisingly good snap of the moon and could zoom into the famous tricolor in the centre of Delhi, from about 150 yards without too many problems. The camera seemed relatively stable even at full zoom – credit to the OIS, we wonder?

It is terrific for landscapes and also for taking pictures of events where you end up sitting too far from the stage (we can see a lot of bloggers loving this). The best part: the image capturing process itself is not particularly laggy. Yes, it is slower than if one used the phone’s camera but you never get the feeling of being made to wait for too long. The best part is that you can edit and share photographs right from the default photo gallery itself – it is almost as if you were using the phone’s own rear camera. This is “smart camera photography” at its speedy and convenient best. 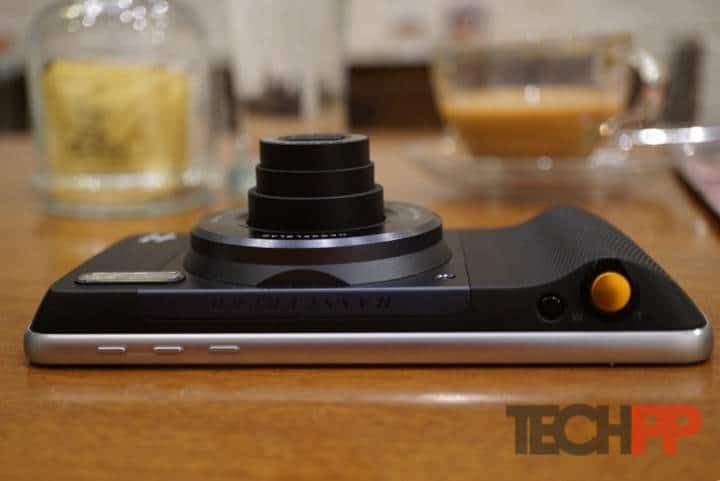 Image quality itself is very good in daylight with realistic colors and good detail, but things tend to go curiously pear-shaped in low light conditions. There are some dedicated low light shooting modes which help matters but the results are nothing to really write home about. Even the Xenon flash and OIS did not really deliver the sort of low light performance we had been expecting from the mod. It did not handle glare that well and honestly, will be bested by the likes of the Galaxy S7, the Nexus 6P and the iPhone 7 Plus. This is also not really a camera for close-up shots – the minimum shot distance is 3.5 cm which kind of rules out really close macros. Truth be told, we think the Sony Lens-Style Cameras handled colors and details much better, but then they were not half as easy to use. Oddly enough, you cannot shoot 4k video from the mod, although both Moto Z devices in the market allow you to do so from their rear cameras. We did not notice significant battery drain until we started using the Xenon flash – we easily knocked off a few dozen photographs on the Z Play and still had close to 40 per cent battery left by the evening (which does tell us something about the battery management on the Z Play too, but we will leave that for that device’s review). 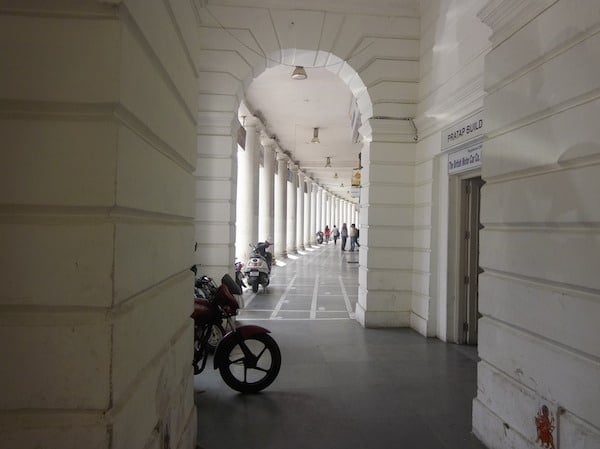 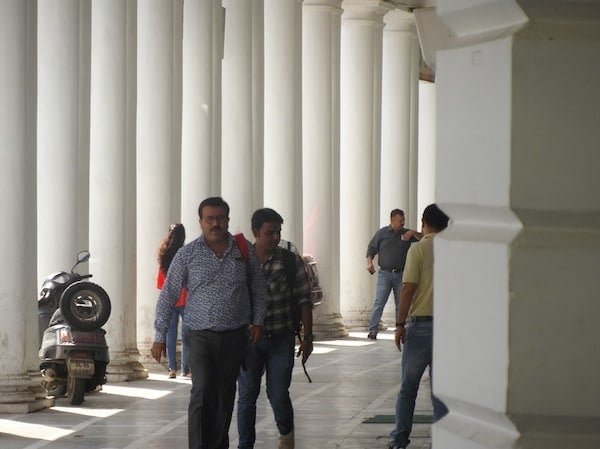 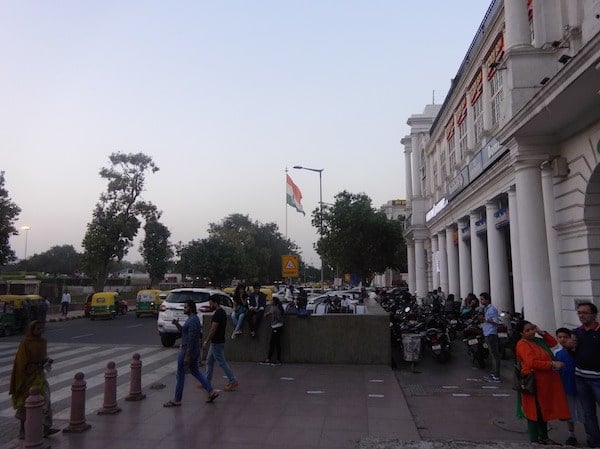 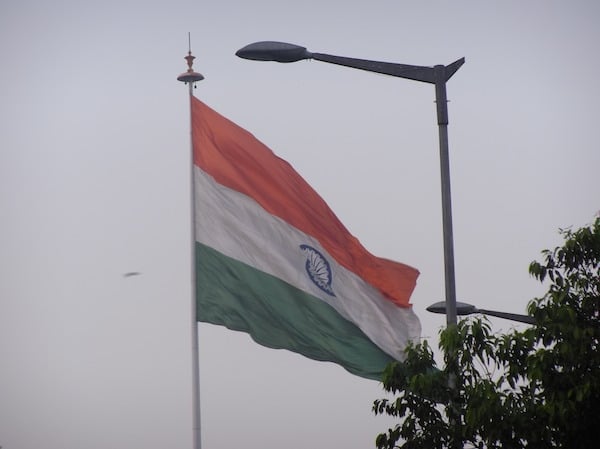 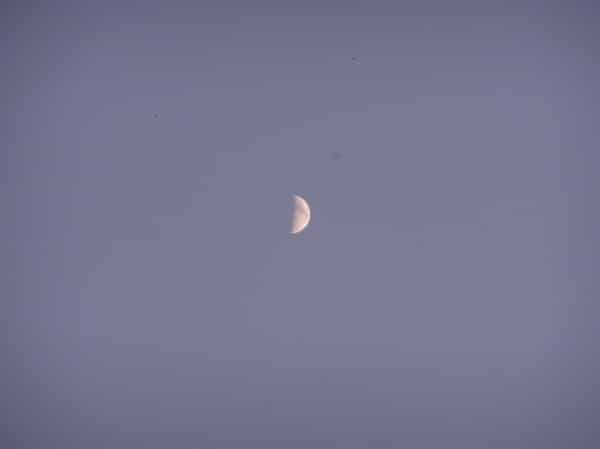 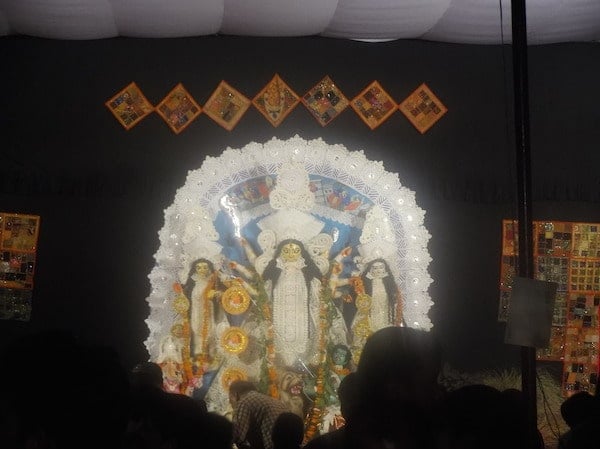 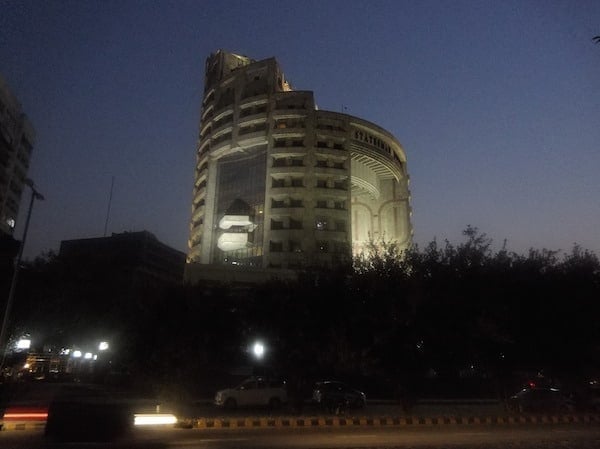 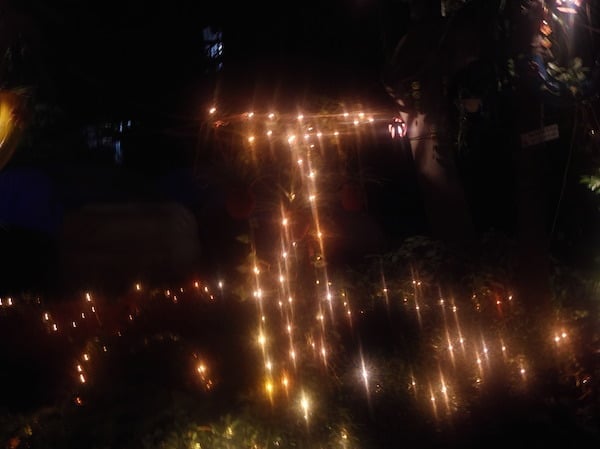 So where does that leave the Hasselblad True Zoom? At Rs 14,999 if purchased with a Moto Z device or Rs 19,999 if purchased separately, it does not exactly come cheap. And we can see photography purists scoffing at its low light performance. But then, we doubt if most photography purists can be pulled away from their DSLRs, which are a different kettle of fish altogether. For a phone photographer, the Hasselblad True Zoom is the sort of mod that makes one consider investing in its parent phone (it can work only with the Moto Z series, remember!). No, it is not perfect and while other brands might claim to handle colors and low light better, it is difficult to see any matching that zoom, which adds an entirely different dimension to one’s photography. Best of all, it works seamlessly and speedily with its parent device.

We are calling this one the Lord of the Mods. Moto or otherwise. And will paraphrase Friedrich Nietzsche to round it off:

“When thou buyest a Moto Z
Take the True Zoom along!“