Unlike fitness bands and activity trackers, the action in the Android Wear segment is not heated. In fact, Android Wear, in general, has not picked pace as expected earlier. Mobvoi is a Chinese voice assistant company, the one that had a $99 Ticwatch on the offering. The Ticwatch 2, however, opted for a forked version of the Android wear and baked in their own Mobvoi voice assistant. Mobvoi has now readied two versions of new Ticwatch powered by Android Wear. The variants are named Ticwatch S and Ticwatch E. 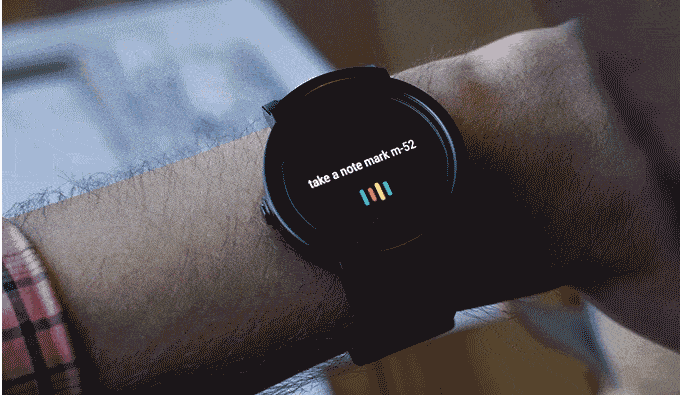 The ’S’ variant stands for “Sports” while the E is for “Express.” The makers of Ticwatch have tried to strike the perfect balance between the Fitness and smartwatch functionality. Both the variants are powered by Google Assistants, and they leverage the Google’s exhaustive ecosystem. As one could see in the demo video, the Ticwatch responds very well to the commands, and the integration seems to be near perfect.

Apart from the usual set of applications the Ticwatch also helps you monitor sleep, detect music and other stuff right from your waist. For instance, one could invoke the Google Note by simply saying “OK Google, take a note.” Both the variants are IP67 water and dust resistance.

The Ticwatch works with Google Fit, Tic Fit app and also other third party apps like Strava and Runkeeper. It automatically detects and logs all the activities thus ensuring that your progress is accurately measured. The watch also measures your heart rate, steps, calculates calories burned, measures nutrition intake and also maps your workout with the built-in GPS. The watch also offers a music player app along with call and other notifications. Mobvoi has also designed special wireless earphones called the Ticpods. These last for up to 6 hours of music and can be charged in 2 hours.

Ticwatch S and the Ticwatch E are up on Kickstarter, and the best part is that the pledge starts from $119. The affordability has always been the forefront of the Ticwatch lineup followed by the functionality it offers at that price tag. One can add the Ticpods for an additional charge of $25 which is not bad at all. The Ticwatch looks like an attempt to keep the Android Wear as stock and possible while concentrating on integrating the Google services.

Was this article helpful?
YesNo
TechPP is supported by our audience. We may earn affiliate commissions from buying links on this site.
Read Next
Amazfit GTS 4 Mini Review: Mixed Feelings
#Android Wear #Kickstarter #Smartwatch #Ticwatch