Why the Celebs (and Strange Tweets), Mi Darlings?

What happened to zero ads, eh?

You know, I was very surprised when Xiaomi had come to India – that was 2014, and I was amazed, and I still called the company – Ex-Zia-Oh-Me (please judge me, darlings). I mean, everyone was talking about how cheap their phones were – the Mi 3 was costing lesser than the Moto G and had specs like that Googlewala LG phone, you know, the Nexus 5! But for me, old cynical mind that I am (not old enough to ogle Hugo and Manu though – they looked good in black, damn!), what was causing amazement was the company saying it would not spend on normal advertising and would be focusing on Facebook-shacebook, Instagram-Shintsagram, Twitter-shi…oops… and you know all that social stuff on the Net that people do these days – social network messaging. 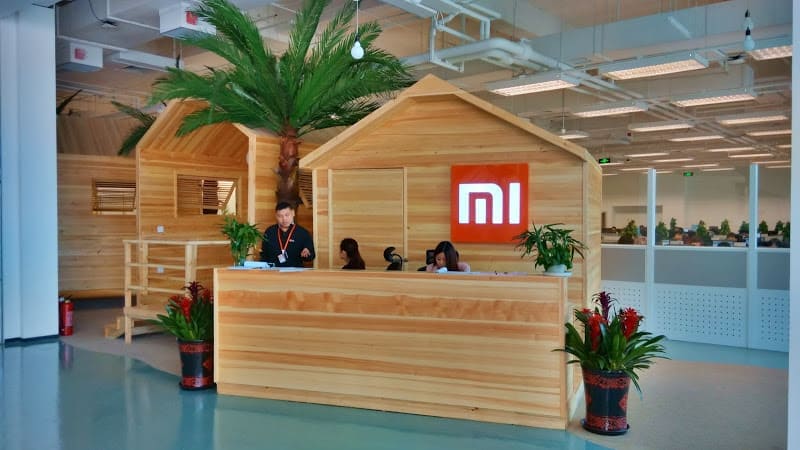 I mean, you needed advertising to sell cellphones, dearies. People had budgets running into billions and here were these Chinese saying they would not spend a paisa! What was more amazing, but, was that they sold so many phones actually. Without any major ads in papers. Some of the e-commerce shopping places like that cart that flips and that South American river place did carry their ads and publicised them, but even that was so little compared to what Sammy and EllGee were doing, you know. It was so bloody epic. So much gyaan of communication beating cash spend (that Edit Mental of this site even wrote a story about how good the company was at communicating, that good!).

From being an outsider, the brand became number two in India recently, right behind Sammy. That good.

So I am so surprised to open my Twitter and see Parineeti Chopra suddenly talking about Xiaomi’s new phone that is going to be launched on September 5. Well, miaow, darling, just a few months ago you were getting thrilled by the Moto M, were you not? This is so not at all smart and so phone-y. But what is actually surprising me – although it might not be surprising Mi – is that why does Xiaomi need this? Some experts – there are so many experts in tech in India, just ask the Burj Khalifa, honey – will say this is again an ad from Flipkart and not really a Xiaomi ad, but then darlings, this is basically a celebrity (and that too one that lost so much weight, hai!) telling us to buy a Xiaomi phone…that sounds very much like a Xiaomi ad, so what if it is sponsored by Flipkart, no?

For all those who are curious about the on going rumours. Here's the real story behind my new partner 😋😉 pic.twitter.com/QzmK5K4wI4

This seems like what they call “ulti Ganga” (a river that changes its direction of flow) – when the company came to India, I thought they needed to advertise to tell the people that “hoi, we are here and here are great phones also”. They did not. And they did well. And when they are number two in the country, and doing so damn well that other people are sending resumes (shush, dearie, follow me on Twitter – @techauntyji – to know more) to dear Manu for jobs (not Steve, work!), what do they do? They are NOW doing ads and getting celebs who have not only lost weight but also asked us to buy other phones a few months ago. So much like that mathematical equation company you know – the One with a Plus, that suddenly this year decided that ads are not bads and got so many celebs and stand up comics for the OnePlus 5. Oh, and they also got an actor who was a few months ago asking us to buy another phone – Amitabh Bachchan himself (he was hosting LG G5 launches, then he starts saying OnePlus 5, aiyyo!). Come on guys, be fair – advertise lots first and then once you have got the market, stop advertising, and use that thing—-word of mouth! (Irony so ironical that it is super metallic – Manu Jain is actually speaking on how to build a billion dollar brand without advertising at TechSparks 2017)

And I had just recovered from hearing Chopra madam asking me to look out for Mi (oh Mi, oh my) when I see a tweet from Redmi India that made me so senti. You know, when I was young (it happens to all of us, darlings), there was this washing soap called Rin. Normal damn washing soap, but what an ad it had. Basically, it had two people walking in different directions, and one of them suddenly looks at the other and wonders – “wow, how is his/her shirt/saree/dungaree/skirt/t-shirt/whatever more white than mine is?” The answer, of course, was simple – the white-y used Rin for washing. Using jealousy to inspire purchasing!

How about a t-shirt featuring India's #1 selling smartphone? RT if you would like to win one! pic.twitter.com/kzQM3KV6KF

So, I see this tweet on the Redmi India Twitter feed, which is offering to print a t-shirt with a guy with a girl staring at another girl. No, no, darlings, it is not because she is whiter than the dame with him, or her clothes are whiter. This is not a soap ad, remembers? It is because the girl who is being stared at is actually not a girl – yes, yes, she looks like one, but listen, no – but actually the best-selling Redmi Note 4, and the other girl who is with this idiot guy (which girl would go with this damn stupid who stares at others, I say), is actually also not a girl – don’t ask, dearies – but is actually other smartphones. Basically, the message of the ad is – no, it is not that Indian consumers are faithless and staring at other women who are actually phones – but those other smartphones have got to be careful, their user is actually looking at the amazing Redmi Note 4. Using jealousy to inspire purchasing!

It made me SO sentimental, but you know… I really thought this sort of thinking and methodology was very…well, old-fashioned. Why not focus on what you have, especially when what you have is so damn good – the Redmi Note 4 is such a damn good phone. But then it is also old-fashioned to be using a celeb who sells God knows how many products (some of which do not even sell) to sell your product also. Whatever, darlings, the good news is that Donovan Sung is in Delhi. The bad news is that he won’t be dancing at the Xiaomi launch. Or who knows, he might? After all, this company is going back to basics, seems like. More later, darlings.

Disclaimer: Tech Auntyji is totally fictional and her claims are based on hearsay. No offence is intended to any institution or individual.

Core i3 Notebooks at Rs 25,000? It (Mi)ght happen, darlings!
DNS Guide: Why and How to Change DNS Server
What Is Two-Factor Authentication and Why You Need to Use…
Why we need to turn off the Blue light
Here's why Soli Motion Sense Technology on Pixel 4 is not…
iPhone 2007 to 2019 edition: Why the iPhone remains special!