Facebook owned popular messaging app, WhatsApp, has updated its app with the addition of multiple features over the past few months. After launching WhatsApp business profile last week, the company has now rolled out PiP mode and self-destructing text-only status updates. 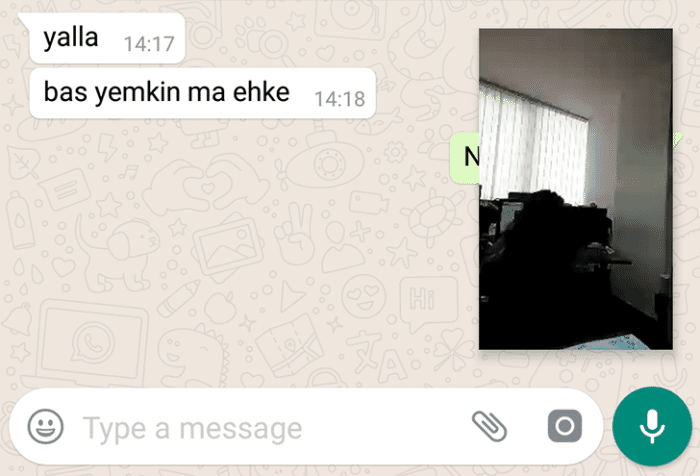 The Picture-in-Picture mode has been on of the most talked about features ever since the launch of the developer build of Android Oreo earlier this year. It enables users to use an app in a floating window. The window can be overlayed on any other app and can be moved around to any corner of the display. This enables you to focus on both apps side by side. It can be better defined as a refinement of the multi-window feature that debuted with Android Nougat. That said, the PiP mode and Multi-Window are still completely different features that can be activated with different actions.

At the launch of Android Oreo, Google has revealed that it will allow third party developers to built their own implementation of the PiP mode. WhatsApp appears to be among the first few leading app developers to adopt this PiP mode feature. Previous ones include Google Duo and YouTube. The WhatsApp PiP mode basically allows you to make video calls in the floating window. This feature is, however, applicable only for devices running on Android Oreo 8.0.

Apart from the WhatsApp PiP mode, the messaging service has now included a text status update feature. Furthermore, these status updates are self-destructing and are available for a period of 24 hours. Both this and the PiP mode feature was initially available in the beta app and has now rolled out to the stable build (2.17.323). To get your hands on these features, you wait to receive an automatic update via Google Play or download it directly from APKMirror.

TechPP is supported by our audience. We may earn affiliate commissions from buying links on this site.
Read Next
How to Use WhatsApp on Chromebook [2023]
#Android Oreo #WhatsApp