Update: Apple has released a presser which claims the report published by Bloomberg is ‘Completely False’. “The quality and accuracy of Face ID haven’t changed. It continues to be 1 in a million probability of a random person unlocking your iPhone with Face ID.“, the company added further.

Apple’s ongoing supply chain struggles for producing the tenth-anniversary upgrade of its most important product — the iPhone X — have been talked about a lot as of late. The company has been facing a series of hurdles as it continues to run out of manufacturers who can deliver a sufficient number of units just in time for the holiday season. 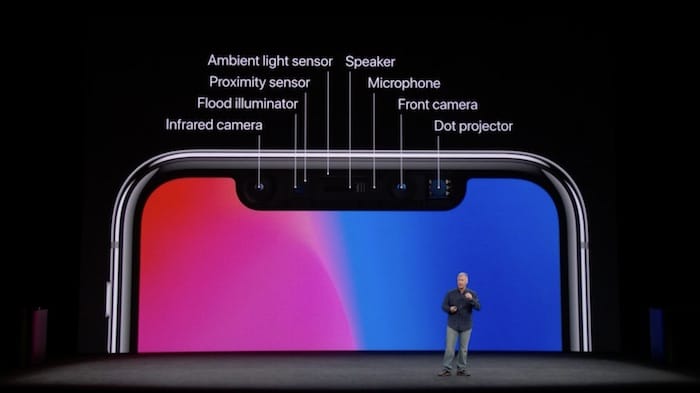 A new report by Bloomberg accentuates this further as it reveals Apple has downgraded FaceID’s accuracy in a hope to improve the situations. The Cupertino giant, a few months earlier, reportedly “told suppliers they could reduce the accuracy of the face-recognition technology to make it easier to manufacture.”

The iPhone X is scheduled for launch on the third of November in over 50 countries across the world (including India), and with many customers as well as fans apparently skipping the iPhone 8, we expect the company will be swamped with orders. As per analysts, there will be roughly 2-3 million units available on the day of launch and 30-40 million later during the holiday season.

Also Read: How Apple Made iPhone X’s Face ID More Secure and Accurate than Others

Apple has bundled a slew of new and complicated technologies on the iPhone X and FaceID undoubtedly is the most intricate of them. The face-recognition module makes use of a range of sensors on the front, one of which projects 30 million infrared beams on a person’s face for fabricating and verifying a digital model.

The components necessary for building the dot projector are being supplied by multiple companies (Sharp and LG), both of which are still grappling to meet Apple’s strenuous demands. Because of this, Foxconn even pulled off as many as 200 workers from the iPhone X’s production line as Apple couldn’t get its hands on a sufficient number of parts for assembling the phone.

Apple, at its annual keynote a few months ago, proudly claimed FaceID’s superiority over TouchID and on paper, that will hold true even if they lower the former’s specifications. That’s primarily due to the fact that FaceID’s accuracy has a ratio of 1,000,000:1, compared to 50,000:1 for TouchID. The report although didn’t say how substantially Apple has lowered the number now. Furthermore, Apple also will need to be sure about FaceID’s convenience as it will be replacing a four-year-old technology, users have gotten so accustomed to.

With this bold move, Apple might be able to contain the initial rush for the iPhone X but it will be interesting to see whether it can still maintain the quality with such high demand. In addition to that, FaceID is not the only concern the company has right now. Reports have suggested a shortage of OLED displays in the market has also crippled the iPhone X’s production.

Was this article helpful?
YesNo
TechPP is supported by our audience. We may earn affiliate commissions from buying links on this site.
Read Next
How to Convert WebP Images to JPG on Mac
#apple #FaceID #iPhone X #Launch #Production