Intel and AMD are two major players in the PC and laptop chip space and have always been at loggerheads with each other. Over the years, Intel chip has gone on to make a name for itself in terms of reliability while undergoing day to day task. AMD, on the other hand, designed chip keeping in mind the needs of the enthusiasts who are looking for a budget gaming rig. After years of rivalry, Intel and AMD have now decided to team up to build a new laptop chip to take on Nvidia. 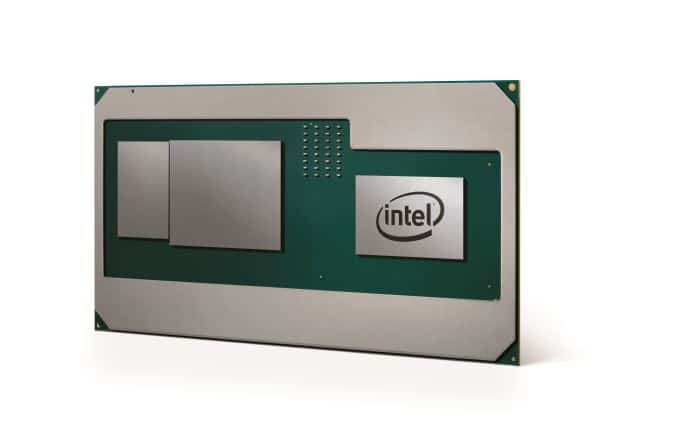 The partnership will help both companies to use each other’s expertise in respective domains to help develop a powerful laptop chip aimed at hardcore gamers. Incidentally, it’s the first partnership between the two rival chipmakers since the 1980s. The new chip will be based on eight generation Intel Core processor. The gaming prowess would be provided by AMD. Apparently, Intel chips launched till date weren’t that great when it came to gaming performance.

Intel is said to use its own EMIB multi-die technology while designing the chip. It will be the first time this EMIB technology would be put to use. The American chipmaker believes that the new bridge design will allow information to transmitted faster in extremely close proximity. The new processor will be mated with AMD’s Radeon GPU and a high-bandwidth HBM2 memory.

The new chip wouldn’t, however, be competing with the recently launched AMD Ryzen. AMD claims that the Ryzen is built for the light gamers, whereas the new chip that they will be developing in collaboration with Intel can run heavy duty games at ease. It seems like the new chip would be the flagship offering from both the chipmakers.

The all-new chip is expected to make its way to not just ultrabooks, but 2-in-1 ones and AIO desktops. With that said, we don’t see the chip making its way to the consumer market anytime soon. Nevertheless, the wait would be worthwhile if both Intel and AMD pump in their true potential while developing this new SoC.

TechPP is supported by our audience. We may earn affiliate commissions from buying links on this site.
Read Next
Fujitsu CH 4ZR1C22927 Review: Lighter Than Your Thoughts
#AMD #Intel #nvidia