Advertisement rivalries are nothing new. Time and again we have seen brands poking fun at each other, trying to make themselves look better than their rivals. The same happens in the tech world as well. One of the most famous off-screen and on-screen rivalries in the tech zone has to be between Apple and Samsung. The two companies have been involved in battles (legal and otherwise) for a while now and have left no chance to pull one another’s leg. This time for its latest ad, Samsung has taken a dig at Apple and at not just its recent products, but it literally has gone back in time to dig up dirt on the iPhone. But is it going to be a Note-able success?

The ad: Putting up with ten years of iPhone fails

The ad titled “Growing up” is about how a lifelong (well, for the life of the iPhone anyway) iPhone user ultimately switches to the Samsung Galaxy Note 8. The ad goes all the way back to 2007 when the first iPhone was launched. The guy takes the iPhone out and calls someone from his new iPhone saying, “Guess what I just got.” Fast forward to 2010, the man is using the iPhone and tries to take a picture with it only to get a notification saying he is out of storage. Then we move straight to 2013 where he takes the iPhone 5S out of the box, and then meets his friend who is using a Galaxy Note 3 with S pen (surprise!) which has a bigger and brighter display. 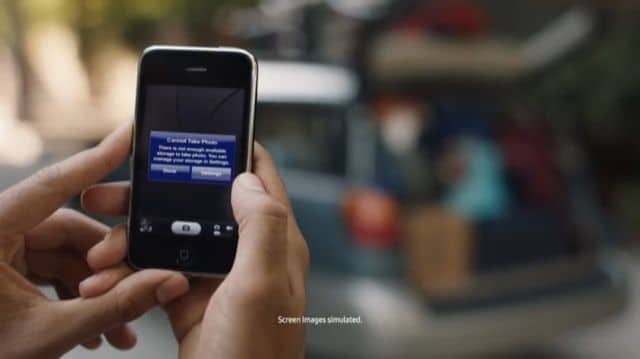 Moving forward to 2015, our protagonist is shown waiting in the pouring rain in lines to get his hands on the latest iPhone. Then comes 2016, where the guy is shown sneaking up on a friend on a dock to push her into the water, but oops, they both end up getting soaked. The girl’s phone is unaffected by this as it is a Samsung Galaxy S7 with an IP68 certification while the guy’s iPhone ends up in a bowl full of rice.

Now we are in 2017; his friend opens up her Samsung Galaxy smartphone with infinity display and wireless charging while the guy has to deal with a dongle to use his headphones with a 3.5mm jack. Then comes the turning point – the iPhone is then tossed in a drawer, and the guy finally buys the Samsung Galaxy Note 8. This time he uses the S Pen to send a message to a friend again saying, “Guess what I just got”. In the final scene, our protagonist is out on the street and looks at a guy using an iPhone, waiting in line to get the iPhone X (and hey, he has a haircut that looks just like the infamous X notch). Then the tagline appears on the screen: “upgrade to Galaxy” followed by the Samsung logo.

What we think: Very creative, very entertaining, but… 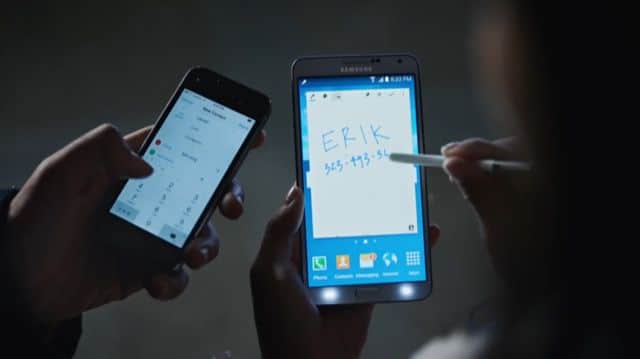 We have always been fans of competitive advertising and especially those between these two smartphone giants. And this ad initially seems right up there with the best. Samsung seemed to have played this very cleverly. We love the fact that in just one minute, they could really sum up ten years of the pitfalls of the iPhone journey. It was like a super quick flashback to the past. There is hardly any copy in the ad, which is majorly about the visuals and the music in the background. The music seems like the binding force in the ad. It makes the transition from one year to the other smooth, and it does not actually feel like the ad is jumping abruptly from one phone to another. The creatives behind the ad need some serious applause for the production values. The ad is titled “Growing up,” and we liked how the ad shows the transition of an Apple fanboy who ultimately becomes a “man” and buys a Galaxy Note 8. Clever!

Perhaps a little too clever.

For, we think it actually ends up giving far too much time to its rival rather than highlighting its own product. And not all the arguments are convincing. For instance, the ad shows people waiting in line for a device as a problem, but there’s another way to look at it, we think: for many people, lines only signify one thing – BIG demand. Which does not really look like a problem (duh!). Similarly, abandoning the headphone jack is no longer a big deal it was a couple of years ago – even the Pixel has gone that way. 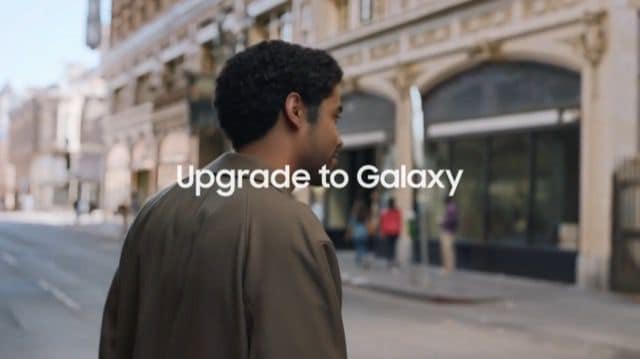 We have come across many people who have enjoyed the ad. And initially, we did too. After all, Samsung has done a good job in poking fun at Apple this time. But the fact is that once the ad was over, we were just left with all the iPhones in our mind. Unfortunately, there was hardly anything there about the Samsung Galaxy itself, except sometimes in contrast to the iPhone (was it because its recent history has been sort of explosive?).

Verdict: “Dear Samsung, thanks for the attention – Apple” 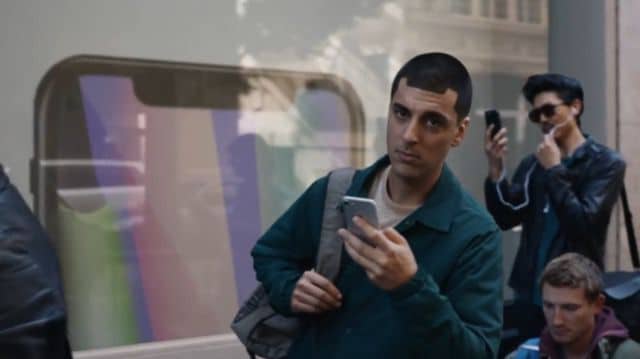 Samsung did try to take a dig at its rival but the more we watch the ad, the more we think the brand essentially spent one minute of its time on the screen talking mainly about its competition. The good old saying of “any publicity is good publicity” has pretty much turned out to be true here. Because after all the mickey that the Korean company has tried to take out of the iPhones, what really sticks with us after the ad is the iPhone. So, while the ad is interesting to watch, we do not really think it serves the Galaxy range itself, which ended up being lost in all the hullabaloo created over its own rival’s shortcomings.

Should one define oneself by what one does well or by the shortcomings of one’s rival? Those who favor the second approach will think Samsung has done well. As for us, we think that Samsung just handed the spotlight to Apple even while trying to poke fun at it. Oh, the irony.

This article was co-authored by GK.

Was this article helpful?
YesNo
TechPP is supported by our audience. We may earn affiliate commissions from buying links on this site.
Read Next
How to Use Apple Maps on Android and Windows [2023]
#akri #apple #iPhone X #samsung #Tech Ad-ons