One thing about conspiracy theories is that however ridiculous it may sound, it is sure to get our attention. One such unfounded theory was that Apple slows down your iPhone over time in order to force you to upgrade. It is true that iPhones do get slow after years of usage but it is not the folks at Apple who are messing with your device. As per a thread on Reddit, the issue of iPhones slowing down can be traced to battery issue (wear out). 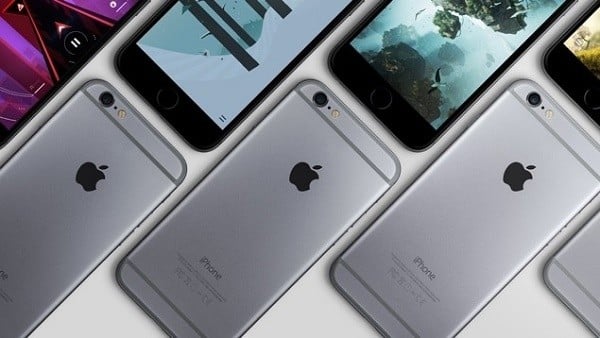 It all started when a number of iPhone 6s users started complaining about random shutdowns and slow performance. Apple said that the issue affected “very small number” of iPhone 6s users. However, the company fired up a repair program for the users and also started offering free battery replacements. In the due course of time, Apple said that more users were affected by this problem and the same would be fixed for all with an oncoming software update.

After releasing the iOS 10.2.1 nearly 80 percent of the users claimed that it had solved their problem. It was earlier speculated that Apple had made some amends to the power management system. However a recent Reddit thread seems to have shed some light on the issue and this is what one of the Redditors had to say,

Wow, just installed GeekBench myself and tried with my 6 Plus. According to their website, my phone should score 1471/2476, but it actually scored 839/1377 … Which would explain why I, like you, have been feeling like my phone has gotten noticeably slower lately.

The thread was soon flooding with comments and a majority of the users witnessed a spike in the performance after the battery was replaced. The performance boost also reflected on the benchmarks and in the real life usage as well.

Many people might remember that iPhone 6S battery fiasco, which for many, was fixed with iOS 10.2.1, and that seemed to be the end of it. Apparently, the way it did this is by dynamically changing the maximum clock speed relative to the voltage that the battery is outputting, so that your phone can’t draw too much power and shut down.

As per one of the Redditors, Apple apparently throttled the devices in order to solve the problem. It is further speculated that Apple was not interested in changing the faulty batteries since the number of devices affected was staggering. Instead, the company chose to throttle the device via the iOS 10.2.1 update.

How to check if your iPhone 6 and iPhone 6s are affected by this issue?

If you suspect your device is slowing down or the overall performance is not what it used to be earlier you can use CpuDasherX to check the clock speed. If your clock speed is less than what it ideally should be it incriminates (or does it?) Apple of throttling the device. That being said, the much newer Apple iPhone 7 isn’t affected by this battery issue since they employ a slightly varied power delivery structure.

In the meanwhile, it is also quite likely that your iPhone battery may be nearing the end of this life. iPhone batteries are usually built to last for an average of two years of charge cycles and perhaps your battery is permanently running out of juice. We have earlier seem how macOS works to optimize the hardware in order to correlate to the battery wear and the chances are that the same is happening with your iPhone6/6s. Let’s just hope Apple clears the air and explain why the throttling is actually happening.

TechPP is supported by our audience. We may earn affiliate commissions from buying links on this site.
Read Next
Alert! You’re Hiding Sensitive Information From Your Images on iPhone W...
#apple #Apple iPhone 6 #Apple iPhone 6s