The last time I employed a Samsung Galaxy as my primary smartphone, the company’s ascendancy hadn’t suffered by the likes of OnePlus, Huawei, Xiaomi, and others in India. Fast forward to today, and Samsung has been furiously tussling to keep up with the “affordable flagship” trend. Samsung, however, isn’t someone who would easily shift to the rear seat. Instead, the company has buckled up for the forthcoming year and is kicking it off with the Galaxy A8+. 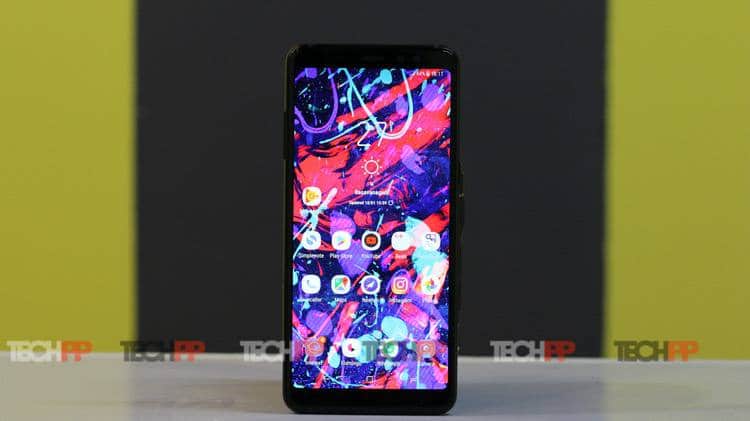 The new smartphone represents how Samsung is planning to challenge the competition — an impressive hardware at a relatively affordable price with its premium brand value acting as a catalyst, all while being sold exclusively online. The Galaxy A8+ offers all the trappings you would expect from a phone in this price segment including a tall screen, facial recognition, and two cameras on the front, and waterproofing all over. We got to spend some time with the new handset and here are our initial thoughts on it.

The moment you pull out the Galaxy A8+ out of its box, you realize that Samsung is leaving no stone unturned. The smartphone comes with an all-glass exterior that is reminiscent of its bigger siblings, most notably the Galaxy Note 8 considering how the rear has been set up. There is a single camera and a fingerprint sensor right below it. You can also unlock the phone with your face if you prefer. It doesn’t have an iris scanner, so the implementation is similar to what we have seen on the OnePlus 5T. 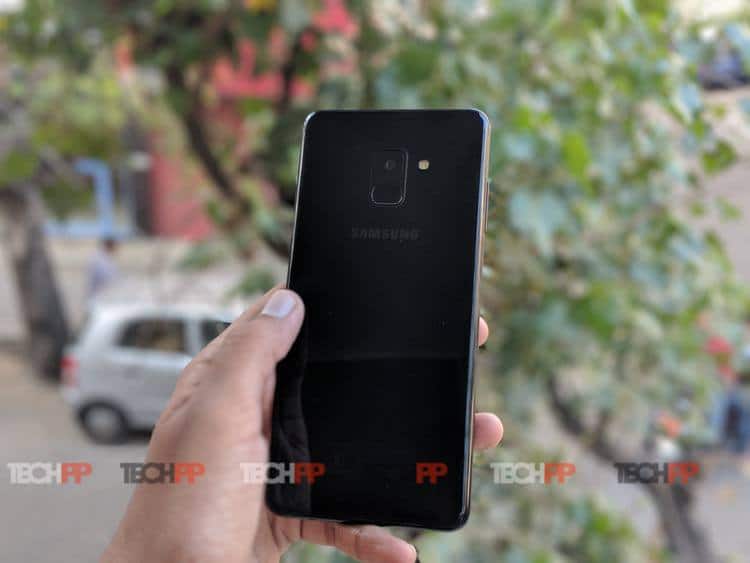 The glass build also adds a bit of heft to the phone which I actually like. Although I’m in a constant fear of it slipping out of my pocket. What I don’t like is the fingerprint smudges galore which have already taken over the rear. In addition to that, the Galaxy A8+ is IP68 certified meaning it can survive splashes of water and even a drop in the commode. As I said, it’s is loaded to the brim with features.

The front is largely dominated by an enormous 6-inch Super AMOLED 1080p always-on display that looks stupendous just like most other Samsung phones. Supplementing the vibrant screen is the 18.5:9 aspect ratio. Because of that, it’s also surprisingly convenient to use especially when we consider the massive display. The speaker grille, instead of the bottom, is situated on the side. The bottom is reserved for a USB Type-C port and a standard headphone jack which is nice.

Under the hood, the Galaxy A8+ is powered by the company’s homebrewed Exynos 7885 octa-core chipset, 6GB of RAM, 64GB internal storage which is expandable, and a 3500mAh battery which does support quick charging. While it is a bit too early for us to talk about its performance, I can say that the phone felt surprisingly snappy during the setup process. 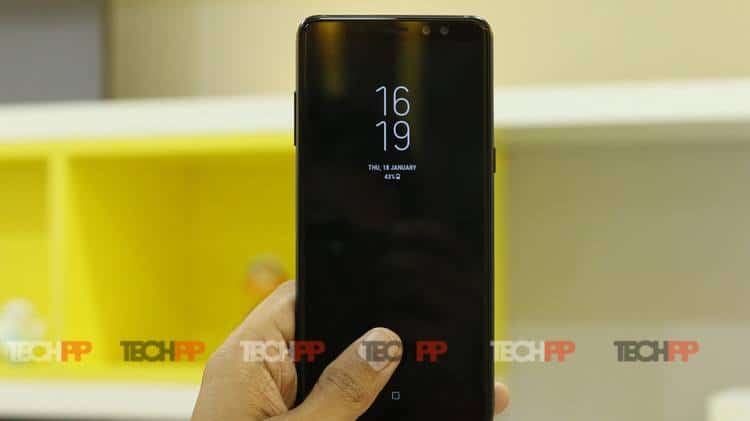 Part of it is because of Samsung’s recent software efforts which have dramatically toned down the amount of bloatware it stuffs on the custom Android skin. It still, unfortunately, comes with a series of apps you cannot uninstall including Microsoft’s entire productivity suite, Facebook, and a multitude of Samsung’s own services. The Galaxy A8+ runs Android Nougat (7.1.1) with no signs of an Oreo update for now.

The camera is another big highlight of the Galaxy A8+, especially the front-facing dual arrangement. On the back, it sports a single 16-megapixel f/1.7 lens. For your selfies, on the other hand, Samsung has provided two — a regular 16-megapixel and a secondary 8-megapixel camera for evaluating the depth of your shots. In our quick tests, the pictures A8+ produced were quite impressive even in indoor scenarios. We’ll have more on this in our full review.

All this for a sum of Rs 32,990 which puts makes it a direct threat to the OnePlus 5T and the Honor View 10. A rather gnarly threat, if you ask us. With all the right specifications, Samsung brand name, and a tempting price, the Galaxy A8+ is on the right track to being a blockbuster. But how does it fare after prolonged use? For that, you will have to wait for our review. 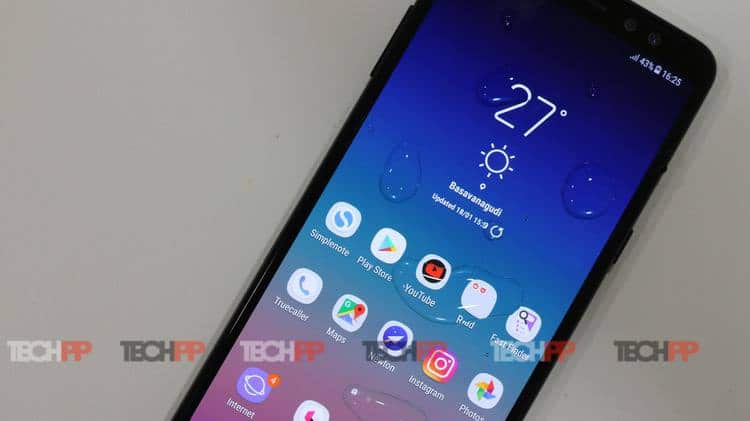 The display and the design
IP 68 Waterproofing
The rear camera

We are concerned about:

Was this article helpful?
YesNo
TechPP is supported by our audience. We may earn affiliate commissions from buying links on this site.
Read Next
Samsung Galaxy Fold 4 Tips and Tricks: Get the Most Out of Your Phone
#First Cut #First Impressions #Galaxy A8+ #samsung