Apple has this penchant for polarising opinion, be it with its products or its advertisements. And with its latest HomePod ad, it has managed to do so again. On both fronts. While the jury is still out on the HomePod, an intelligent speaker which is available in a limited number of markets, and which is garnering reviews which seem to be mixed, no less divisive is the latest ad for the product, which has people calling it either sublime or ridiculous.

Hey, Siri, dance me into a trippy trance!

Titled “Welcome Home,” the ad is a four-minute affair directed by Spike Jonze (of “Knowing John Malkovich” fame), and features singer and dancer FKA Twigs dancing to a new track from Anderson Paak – oh, and of course, the HomePod itself. Jonze is known for his extremely off-beat approach to filmmaking and has a number of extremely unusual music videos (check out the Beastie Boys’ “Sabotage”) and commercials to his credit. Well, you can add “Welcome Home” to the list.

The ad begins with a tired Twigs coming back home from what we assume is a busy day. She opens the door to her very normal-looking, small-ish flat, dumps her bags and then says “Hey, Siri, play me something I would like” to the HomePod that is on a table (not on the ground – hah, the fear of marks?!). The HomePod replies “Okay” and then starts playing the opening chords of “Til It’s Over”, a new song by Anderson Paak. As the number begins slowly, Twigs pours herself a drink and plonks down on the sofa, still looking tired and melancholy. But as the music picks up, she starts swaying to it. 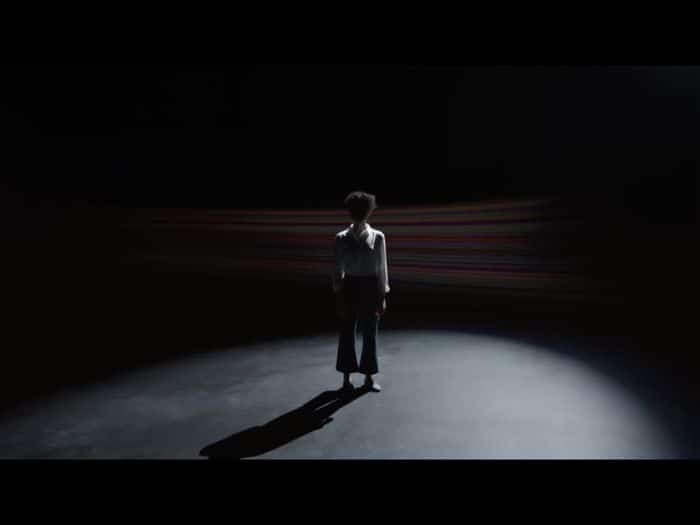 And as Twigs gets into the swing of things, and the music gets full tempo, things get trippy, to put it very mildly. Twigs dances around the room, and with almost every move, she ends up stretching furniture, extending walls and a whole lot else. She actually creates a whole multicolored corridor by pushing a wall inside and yet further inside. And as she dances in this corridor, with light panels changing in time to the music, a mirror appears. She tries to swipe it aside (so iOS), but it comes right back. So she uses both hands in a sort of massive pinch to zoom gesture to stretch the mirror (so iOS again, yeah!) and then dances in front of it. As she dances, her reflection seems to get a life of her own, and actually invites her into – yeah! – The mirror. This being a Spike Jonze video, of course, Twigs steps right into the mirror, and then dances more than a few steps with her reflection there, and then spins and spins and spins…

And spins onto the couch, where things return to normal as the song comes to an end. Twigs is on the couch, breathing a little after her dance exertions, but she no longer looks tired and has a smile on her face. The final shot of the ad is on the now quiet HomePod. The iconic Apple logo on a black background follows.

Production values are excellent – the special effects are brilliant and blend into each other smoothly. And the sound is fantastic, appropriately for an audio product. When the music starts playing on a low key, you actually hear the tinkle of ice in Twigs’ glass. Of course, visuals and sound blend brilliantly – so much so that this seems like a music video at times. Come to think of it; it is one. 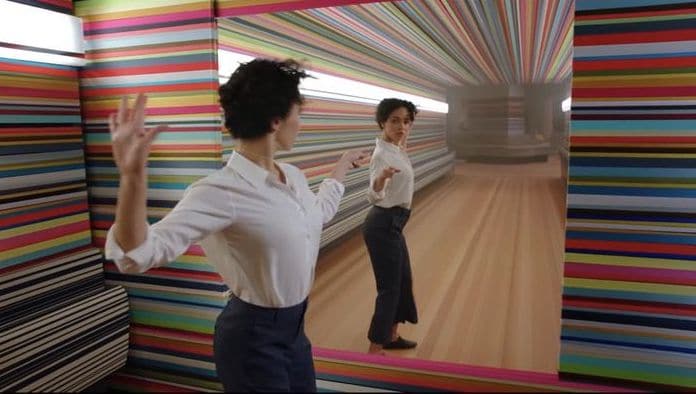 As we have already pointed out, the ad has evoked very different reactions so far. And truth be told, we are conflicted about it as well. As a spectacle, it definitely hits the right chords. There is no way you are going to be forgetting the sight of Twigs dancing and literally pulling and pushing walls and furniture, and walking into mirrors. The way in which her mood changes, from being tired to playful to tired but happy is a tribute to the way in which music can affect us. As one of the fortes of the HomePod is music, the ad also seems to subtly hint at the fact that the quality of music is so good that an exhausted Twigs could literally lose herself in another world. And finally, there is the intelligent bit – Twigs does not ask for a specific song, she just asks Siri to play her “something I would like” and the HomePod responds brilliantly. 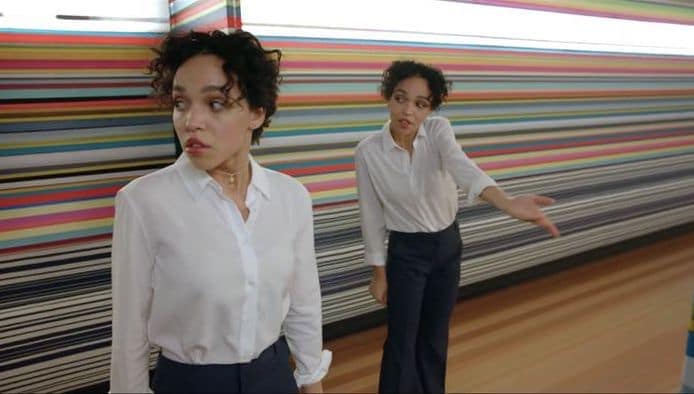 Advertising purists will point out that the ad does not talk much about the product and its features – the HomePod is barely visible for a few seconds in the entire ad and responds to just one command. They do have a point when you consider that this is a very long ad indeed. There is also the very real chance of people remembering the music and dance and special effects more than the product itself. If you see the ad from the middle, it is a fair chance that you might think it is a music video. Or as one cynic put it, “does this ad indicate that your house becomes modular the moment you start playing music on the HomePod?’.

All of which is true. But what is ALSO true is that most people who see the ad, no matter from what point, will not turn away easily from it. Indeed, we can see many of them come back to it again and again. It might be for the beat of Anderson Paak, the twinkling toes of FKA Twigs or the special effects engineered by Spike Jonze, but people will watch it. Watch it to the very end, for that tired but happy smile on the face of Twigs after “Til it’s over” fades out. And guess what comes after that? The HomePod and the Apple logo. 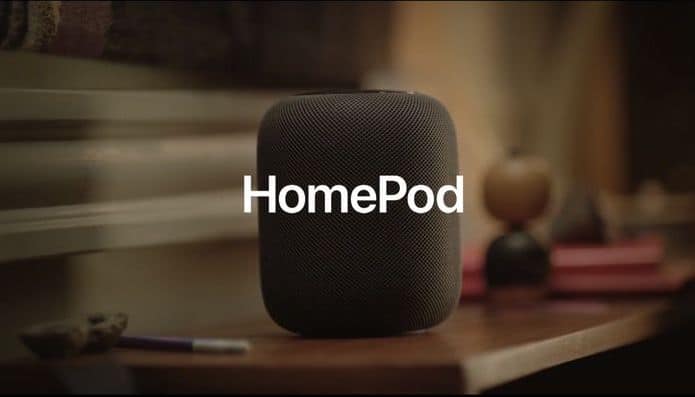 No, it is not short and it is not simple. It is long enough to be a music video and the messaging is subtle. But “Welcome Home” is memorable. Many would consider that “mission accomplished” in this ad, ad world we live in.

Was this article helpful?
YesNo
TechPP is supported by our audience. We may earn affiliate commissions from buying links on this site.
Read Next
With Football Manager 2023 Touch, Apple Arcade finally has its “killer ...
#Ad Review #apple #HomePod #Tech Ad-ons