If you have ever owned or operated any computing device in the last two decades, you are probably familiar with the term “JPEG”. Well, if you haven’t, it’s the most widely employed image format which has been in existence since 1992. Like any other archaic technology such as the dying 3.5mm audio jack, companies are now, however, looking for alternatives as their products transition to more complex technologies. 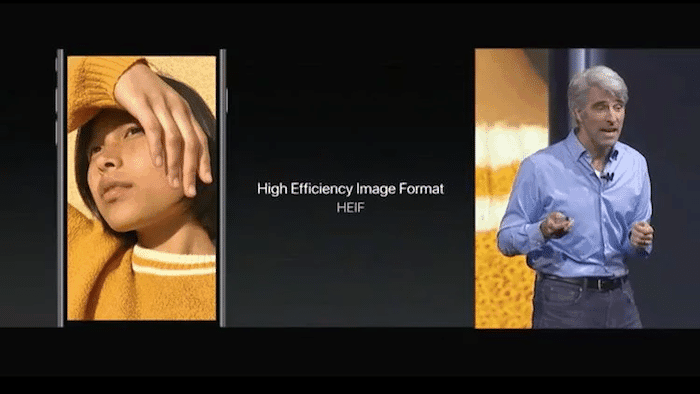 While JPEG is still a perfectly fine and more importantly, universally accepted standard, it’s not technically made for efficiently handling these advancements. One of the alternatives major companies like Apple, Microsoft, and Google have stumbled upon is a format called HEIF, short for High Efficiency Image Format. It has already made its way to the four leading operating systems including iOS 11, MacOS High Sierra, Windows 10, and Android P.

To understand HEIF, we need to understand why exactly companies are bidding adieu to JPEG. Take Apple’s Live Photos, for instance. The feature essentially allows you to capture short clips along with a stationary picture so that you can revisit the memory whenever you’d like. It’s a great feature and even Google has begun offering it on the Pixel phones. So what’s the problem?

You see, with JPEG, a live photo, which is made up of a brief video and an image, will have to be saved in two separate files — one as .JPG and another as .MOV. With HEIF, on the contrary, all this information can be dumped into a single container which is easier to manage and takes almost half the space as the former solution.

That space bit is one of the more critical factors responsible for HEIF’s rapid adoption. As users and phones move to higher resolution content, it’s becoming increasingly difficult to not run out of storage. A single one-minute 4K video will roughly amount to 400MB. However, if stored with HEIF, that size can be brought down to nearly 200MB. These numbers reach exponential marks if we move beyond one minute, obviously. This, in turn, will save you MBs of internet data as well. Web services are expected to integrate HEIF as well. Hence, uploading or streaming content will consume almost half of your data.

In addition to features like Live Photos, HEIF is also better at compressing bursts of photos like in the case of HDR, 3D scene data, depth information, and more. There’s one more significant advantage of shifting to HEIF from JPEG — 16-bit color support. The cameras available on smartphones today are capable of capturing scenes with 10-bit color gamuts, however, because of JPEG, the output you’re presented with is restricted to 8-bit. Therefore, unless you shoot in RAW, you will have more colors to play with especially when you’re trying to click something like a sunset.

Why Not HEIF: It’s Patented

The biggest hurdle, unfortunately, in more companies following suit is the fact that the group behind HEVC, a video compression technology from which HEIF was developed, couldn’t agree on the patent’s licensing fees. This led to that group being split into three separate bodies. Therefore, anyone who wants to add support for HEIF will have to pay them all individually. For folks like Google or Apple, this is no big deal but it’s the smaller companies who will have to think twice.

HEVC is working towards fixing this, though. The licensing administrator recently announced that it’s doing away with fees concerning non-physical distribution like online streaming. Therefore, content platforms can implement HEIF without having to worry about patent charges.

Since everyone is yet to come on board and there are millions of users who will probably never update to a new software like the case of Android fragmentation, sharing HEIF files is a concern as well. Apple, for instance, converts images to JPEG when you try to email them or share on social networks and even offers an option to switch back to JPEG completely if the user wishes to.

Eventually, though, HEIF should become the standard across the industry unless something better comes up in the next few years. Apple had decamped to HEIF almost a year ago. However, Microsoft and Google are just getting started as HEIF support is only available on their latest beta builds which, as you can guess, are not all that popular. Hopefully, HEIF rollout won’t be as big of a mess as USB Type-C and will be available on the majority of devices soon.

Was this article helpful?
YesNo
TechPP is supported by our audience. We may earn affiliate commissions from buying links on this site.
Read Next
What Is Android System WebView? And Should You Disable It?
#Explainer #HEIF #High Efficiency Image Format #Tech it Easy