We have been hearing about a gestured based interface that works on swipes and taps rather than buttons (onscreen or otherwise) for a while. And while we have seen our share of brands trying to make gestures an integral of their UI – remember the swipe up to unlock on the BlackBerry 10 devices – the “use gesture as part of UI” movement has been given a spur of late by (you guessed it) Apple, following the company’s decision to ditch a physical home button and go all gesture-y in the iPhone X. The growing popularity of 18:9 aspect ratio and near bezel-less displays has also meant that there is lesser space available in the area below the display for onscreen buttons. So it is hardly surprising that a number of brands have got on to the gesture UI bandwagon ever since, with the likes of Motorola and Honor putting a number of gestures on the home button/fingerprint scanner. There have also been other gestures like a three-fingered swipe for screenshots and a few others, but the real challenge has been to come out with gestures that enable basic navigation without having to depend on buttons, whether touch or onscreen ones. 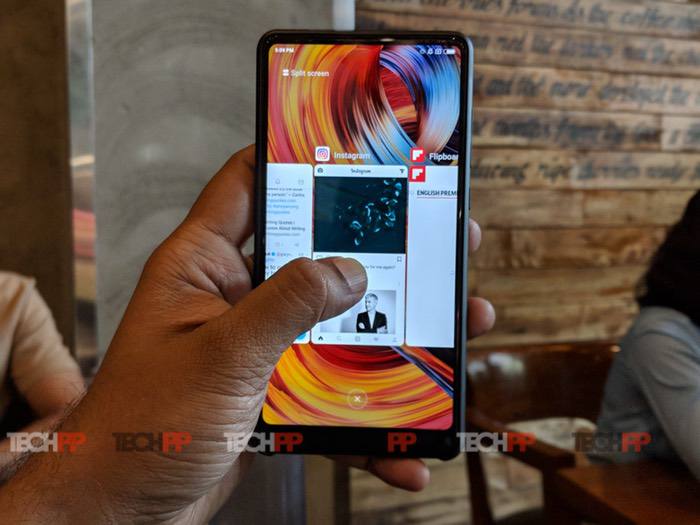 It is, however, rather apt that the best implementation of the gesture-based interface comes from the company many call the Chinese Apple, Xiaomi.

The company brought a gesture-based interface to its “full screen” devices, i.e., devices with 18:9 aspect ratio (in India that would mean the Redmi 5, Redmi Note 5 Pro and the Mi Mix 2) with the MIUI 9.5 update that was made available for download a while ago – rather appropriately the gestures are called full-screen gestures. And unlike its rivals, which often get users tangled up in wondering which direction to swipe and when and how many times to tap the display, the Chinese brand has kept things surprisingly simple. 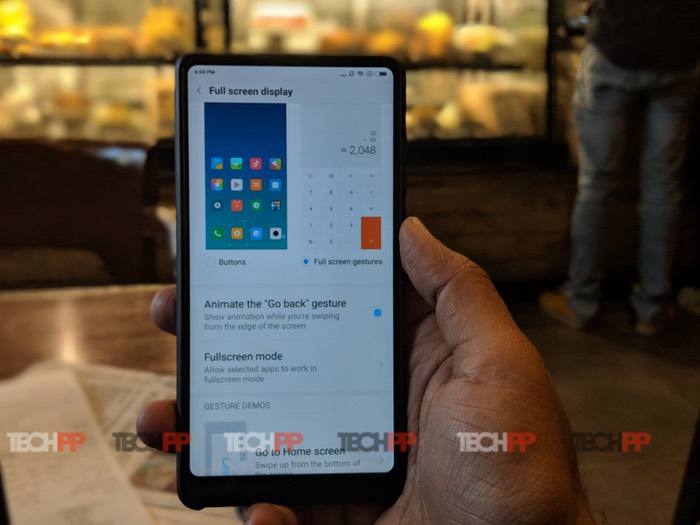 In essence, the gestures in MIUI 9.5 replace the three navigation buttons one used to see below (or on the lower part of) the display of Android devices – back, home and recent apps. Xiaomi has simply used three gestures, which are totally button free, reasonably different from each other and difficult to get wrong: 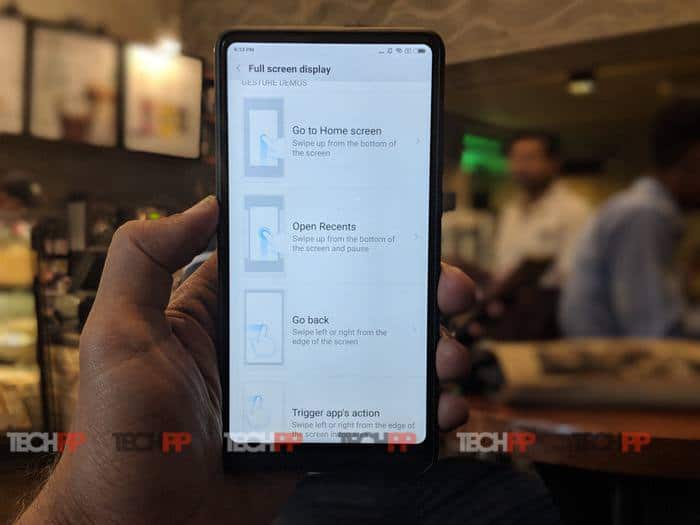 To get to the home screen, swipe up from the base of the display.

To get to recent apps, make the same gesture but hold your finger down and see recent apps appear like cards across the display.

And yes, you can remove them by simply flicking the relevant card up (come on, Apple, learn).

Going back is our favorite gesture, however. You just have to swipe inwards from either the right or left side of the display, upon which a small arrow appears in the area of the side from which you have swiped inwards. Lift your finger and you go back.

Yes, the swipe up to unlock and swipe up and hold down to see recent apps might seem very similar to those seen on the iPhone X, but that said, we had seen something similar on BB10 too. And we love the back implementation, which uses the sides of the display for gestures, something we have not seen too many manufacturers do. There are no fiddly rulers at the base of the device to bother about, no swipes on fingerprint scanners, no complicated tap patterns…it all just works. Pretty much the way gestures should on any phone UI, we think. 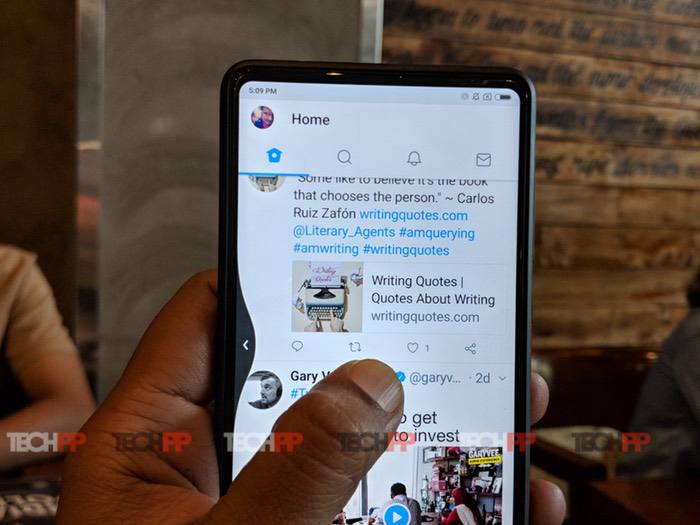 The irony, though, is that accessing these gestures is not the easiest task – they are NOT under “button and gesture shortcuts” in the Additional Settings section of the Settings menu, but are actually under “Full screen display” in the System & Device section of Settings. Once there, you have to opt for “full screen gestures” to get rid of the navigation buttons. You can also turn off the arrow animation when you make the gesture to go back, though why anyone would want to do that is beyond our understanding.

Got a compatible device? Grab the MIUI 9.5 update. You will never feel like using navigation buttons again.

(Note: for those wondering how they will use Google Assistant without a Home button to long press, well, just say “Ok Google.”)

Was this article helpful?
YesNo
TechPP is supported by our audience. We may earn affiliate commissions from buying links on this site.
Read Next
With Redmi A1, is Xiaomi Resurrecting the Android One Dream, but Without Google?
#MIUI #MIUI 9.5 #Navigation Gestures #xiaomi