Instagram is testing a new feature called Nametags. This feature will let users create a special image which can be used by others to follow them on Instagram. In other words, the Nametags is mostly like a QR code for Instagram accounts. The Nametags feature was first unearthed by TechCrunch in its Android APK and now users are posting screenshots with the details of the feature. 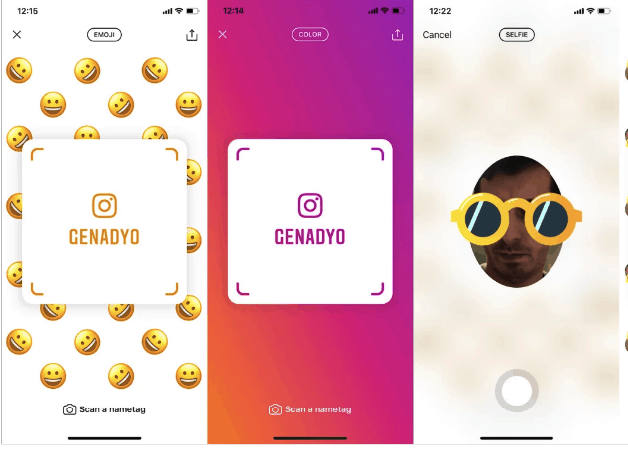 Instagrammers will now be able to easily promote their accounts using the Nametags. I have seen many Instagram users put up their username alongside a follow request. With the Nametags in place, you can simply scan the image and follow the person. This feature is also likely to help the businesses and other prominent social media handles to promote their Instagram accounts. Perhaps they will print the Nametags on their merchandise.

That apart, Instagram apparently has a bunch of other features in the pipeline. Apart from the Nametags, they are also testing out Instagram Video Calling along with a special portrait mode called Focus. Users will be able to follow the account by simply pointing their camera to the Nametags. Interestingly, the users can also edit their Nametags using the Editor. Want to jazz up your Nametags? No problem; the tool will let you pick a color gradient background, a pattern or a selfie spruced up with AR filters.

At this juncture, the beta users will not be able to share or scan other Nametags but this feature is expected to be implemented soon. It’s also worth mentioning that Snapchat has already implemented something similar in the form of Snapcodes. Meanwhile, it is quite possible that the Nametags feature will help Instagram rake in more advertising revenue. As far as businesses are concerned, they should theoretically get a boost in engagement with the advent of Nametags.

Was this article helpful?
YesNo
TechPP is supported by our audience. We may earn affiliate commissions from buying links on this site.
Read Next
How to Unmute on Instagram: App, Stories, Profile, and More [2022]
#Instagram #Nametags