Google today went on a launch spree and introduced a bunch of new stuff it’s been working on over the past year at its annual developer conference. One of them is, of course, Android’s yearly major update and this time, it’s Android P. The company showcased a series of features it’s bringing to the mobile operating system. However, the most intuitive of them is the addition of Actions and Slides. Here’s what you need to know about them. 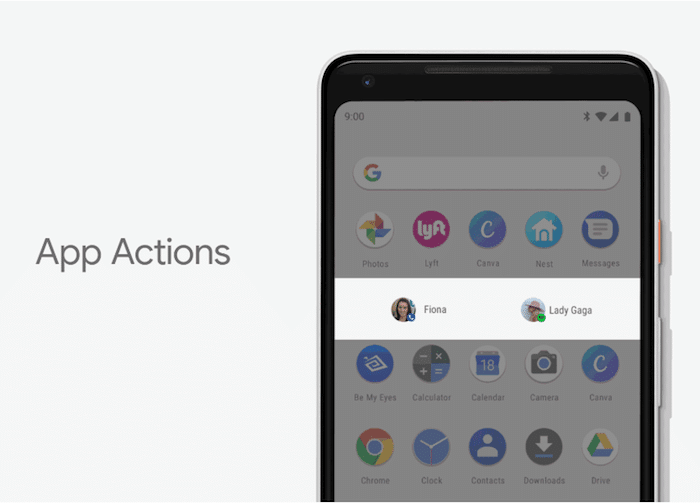 Actions and Slices, at first glance, might seem like two exceedingly similar concepts. However, there’s a clear difference between them. Both, at their very core, are essentially deep links to various applications which will appear at a bunch of places on Android based on your usage.

Actions are, well, actions of a particular app. For instance, a play link for an album on Google Play Music. Actions will be present inside Android’s default launcher at the top of the apps list and below the frequently used row. The page will display two actions depending on the context and a couple of other attributes like your habits themselves. To put it in perspective, say you connect a pair of earphones to your phone. Android will then recommend an action which directly plays a music playlist you were listening to before. 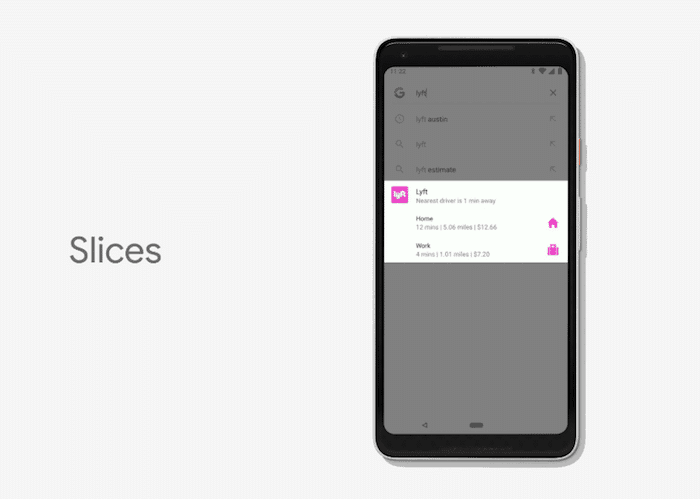 Slices, on the contrary in layman’s terms, are widgets of an app with real-time, dynamic information. These will be available when you search for something through the Google bar widget located on the inbuilt launcher. For instance, if you search for “Hawaii pictures”, the results will have an entry for Google Photos displaying a bunch of your photos from Hawaii. Tapping on any of them will take you the file on the application. Similarly, on Lyft, you will have details like how far is the nearest driver.

The bottom line is Actions are basically actions of a particular application and Slices are dynamic widgets. Obviously, these updates will be much more relevant as more third-party developers jump on board. Considering Android P is already available for a bunch of non-Pixel phones, things should be drastically better this time hopefully.

Was this article helpful?
YesNo
TechPP is supported by our audience. We may earn affiliate commissions from buying links on this site.
Read Next
How to Use Android Phone as Webcam for PC
#android #Android P #Google I/O 2018